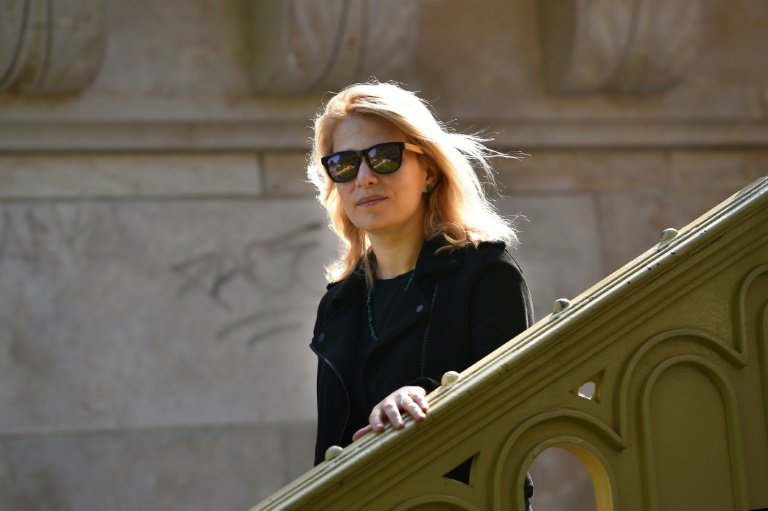 Veronika Munk, editor-in-chief of the independent, crowdfunded Hungarian news site Telex says: "For the first time many realised that information is worth paying for, not just at news-stands but online too" / © AFP/File

Two months after staff at Hungary's top news-site Index.hu quit over alleged political interference, they are set for a comeback with an unprecedented crowdfunding effort.

More than 50 former Index reporters will launch a new site, Telex, from scratch "in the coming weeks" thanks to more than 30,000 reader donations, editor-in-chief Veronika Munk told AFP.

The venture is a daring new direction for Hungarian independent media, which has struggled to survive during a decade of rule by nationalist Prime Minister Viktor Orban.

"Nobody has ever launched an independent news site from the ground up with a staff this big before, relying only on reader support," says Munk, 40, who joined Index as an intern 18 years ago before quitting along with 80 colleagues in July.

Beyond the initial months, with independent media mostly deprived of state advertising and few private advertisers around, Telex plans a mixed part-subscription model to cover estimated monthly costs of tens of thousands of euros.

At Telex's temporary Budapest headquarters, an apartment near the river Danube, the former Index journalists process donations and busily prepare for the launch.

Munk told AFP the ambitious plan is "crucial for Hungarian press freedom and media pluralism" as the number of critical news sources dwindles.

According to international election observers in 2018, the EU member's "lopsided media landscape" and "restricted access to information" helped re-elect Orban for his third straight term since 2010.

The anti-immigration leader has reshaped EU member Hungary as a so-called "illiberal" state, regularly stoking conflict with Brussels where he has been accused of dismantling democratic institutions.

The US state-funded Radio Free Europe/Radio Liberty said last week that a "steep decline in media freedom" prompted it to restart a Hungarian service after 27 years. 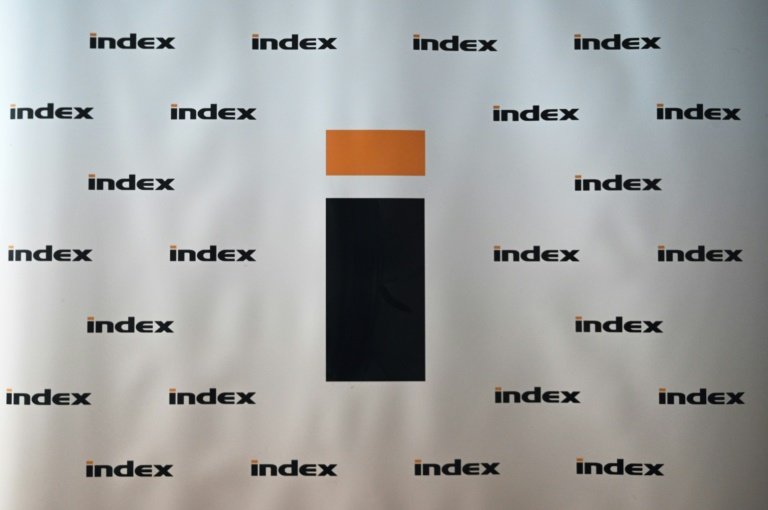 Index.hu was one of the few independent voices left in Hungary / © AFP/File

Pro-government media has also recently "ominously" attacked the owner of the largest remaining independent news-site 24.hu, according to Gabor Polyak, an analyst at the Mertek Media Monitor think-tank.

"Critical voices are being killed off one-by-one, either by economic or political means like Index, or legal ones like Klubradio," Polyak told AFP.

With more than a million daily readers, Index was the most popular website in the country of 9.8 million people, but Orban had long dubbed it "fake news".

In March a businessman who helped turn another formerly independent news-site, Origo, into a pro-Orban organ bought a large share in Index's advertising branch.

"It wasn't like in a censorship movie, no-one told us what to write, but at that moment we knew the end was near," Munk says.

In July the editor-in-chief was sacked after claiming Index's editorial independence was in "grave danger" from a proposed organisational overhaul, triggering the staff walk-out.

Management have since hired a former operator of Orban's official website as a deputy editor, and are recruiting new staff.

Its critical content has declined while its daily readership has almost halved, according to official monitoring data.

"I've deleted the Index app on my phone," said a reader comment on a Facebook site set up by the former staff.

Munk said: "People were shocked by the walkout. For the first time many realised that information is worth paying for, not just at news-stands but online too.

"They see that restricted information affects their freedoms and hurts democracy."

Majority owned by the journalists themselves, Telex is also talking to potential investors, but Munk says a "lesson was learned" at Index.

"Anyone owned by a few big external investors and dependent on advertisement revenue is vulnerable. Investors must guarantee not to interfere," she says. 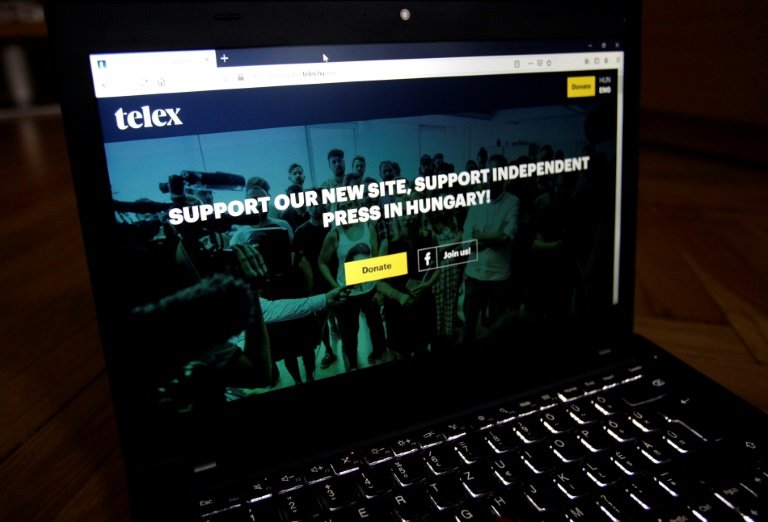 The independent, crowdfunded Hungarian news site Telex is staffed by more than 50 former Index reporters with backing from more than 30,000 reader donations / © AFP

Whether Telex can survive long-term is uncertain, according to Polyak, who points to "dangerous competition for limited reader resources" among smaller independent sites.

"It's also risky," he noted, if free information is mostly found on pro-government media.

"The Telex story is a significant step towards acceptance of this business model," he said.