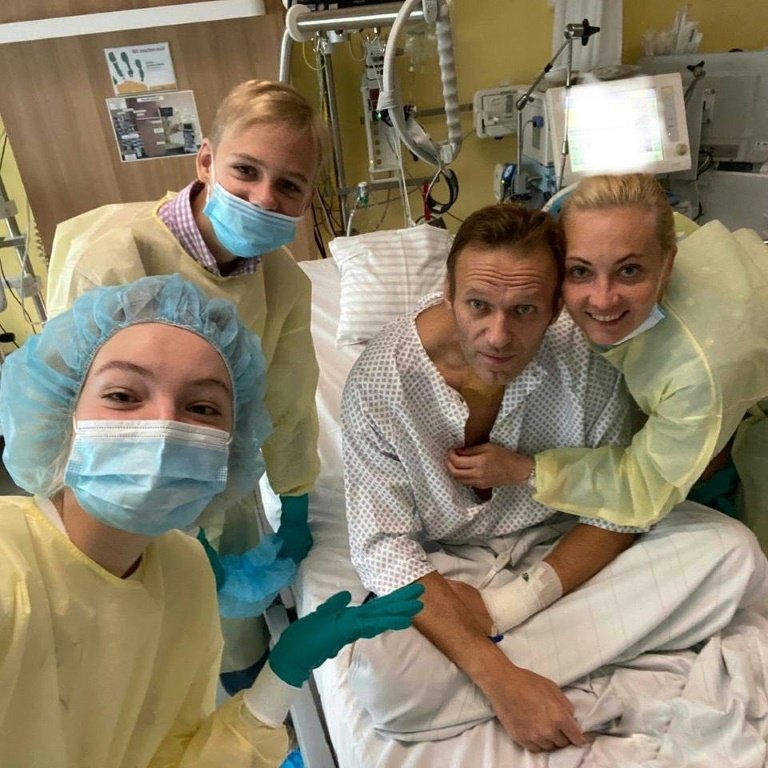 Russian opposition leader Alexei Navalny said Tuesday he was able to breathe unaided, in his first public comments after his alleged poisoning in Siberia last month.

"Hello, this is Navalny," he said in a post on Instagram, appearing with his wife Yulia and two children in the Berlin hospital where he was flown for treatment after falling ill.

Wearing a hospital gown, he looked gaunt and barely smiled while his wife next to him beamed.

"Yesterday I was able to breathe on my own all day," he said in his first social media post since he was poisoned with what Germany says was a Novichok nerve agent.

"I really liked it. It's an amazing process and underestimated by many. I recommend it," he joked, telling followers, "I miss you".

The 44-year-old lawyer and outspoken Kremlin critic fell ill on a flight from the Siberian city of Tomsk to Moscow after a trip to support opposition candidates in local elections.

Germany said Monday that French and Swedish labs had independently confirmed findings by doctors in Berlin that Navalny was poisoned with a Novichok nerve agent.

Navalny's allies say the use of the banned chemical weapon means that only the Russian state could be responsible.

Russia has angrily dismissed the findings, saying its doctors found no trace of poison.

Despite international calls for Russia to carry out a transparent investigation or risk sanctions, it has not opened a criminal probe.