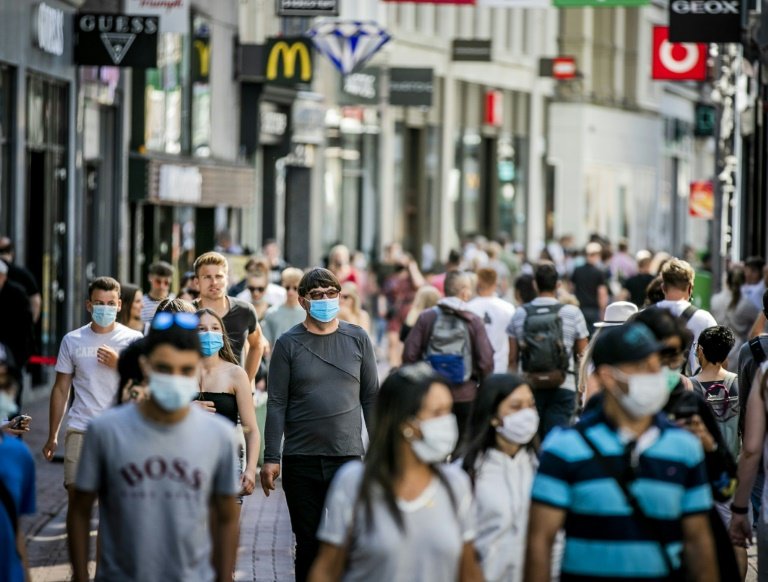 In the Netherlands, mandatory mask-wearing measures came into force in Rotterdam and in some busy neighborhoods of Amsterdam, including its famous red-light district / © ANP/AFP

A total of 703,640 deaths have been recorded so far around the world

While Europe tightened virus restrictions to face the threat of a second wave of COVID-19, US President Donald Trump on Wednesday found himself in the crosshairs of Facebook and Twitter because of a video in which he claims children are "almost immune" to the new coronavirus.

The worldwide death toll crossed 700,000 as the two US social media giants took action against Trump for spreading what they called "misinformation" about the virus. 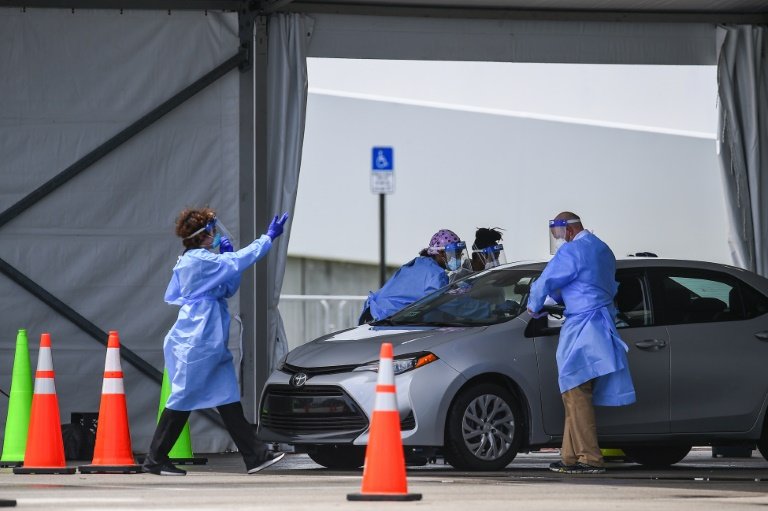 A total of 703,640 deaths have been recorded so far around the world, according to an AFP tally compiled from official sources as of 0300 GMT Thursday. 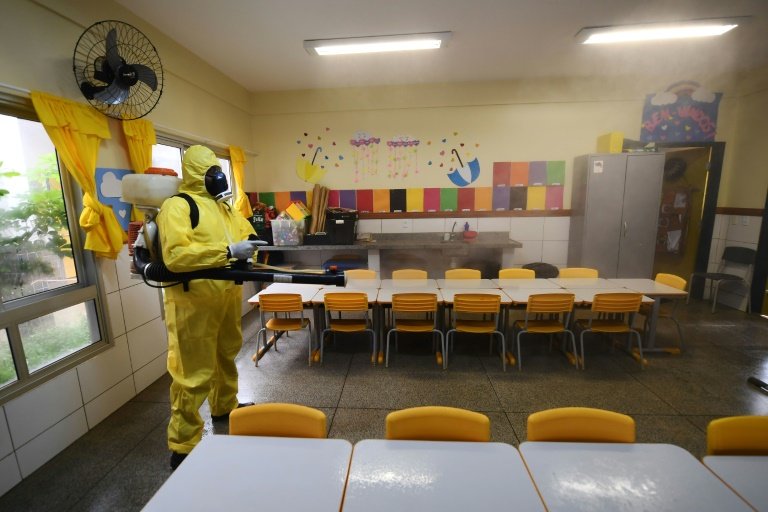 Europe remains the hardest-hit region with 211,764 fatalities, but the number of deaths is rising fast in Latin America, with 208,329 deaths recorded. 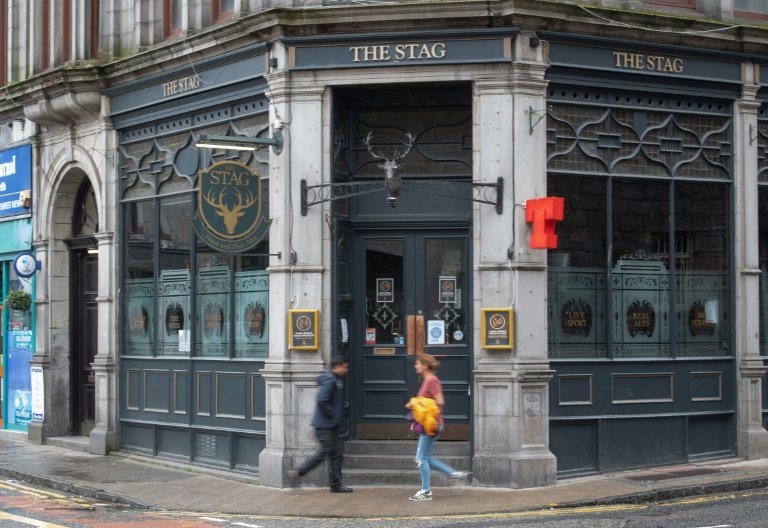 Pubs are closed in Aberdeen, Scotland, following the announcement that a local lockdown has been imposed on the city after a spike in the number of cases of novel coronavirus / © POOL/AFP

Restrictions reimposed on the northeast Scottish city of Aberdeen included the closure of all indoor and outdoor hospitality venues starting late Wednesday as First Minister Nicola Sturgeon referred to what could become a "significant outbreak."

And Germany included Belgium's Antwerp province on its list of regions requiring arriving travelers to quarantine for 14 days unless they can show a negative virus test. 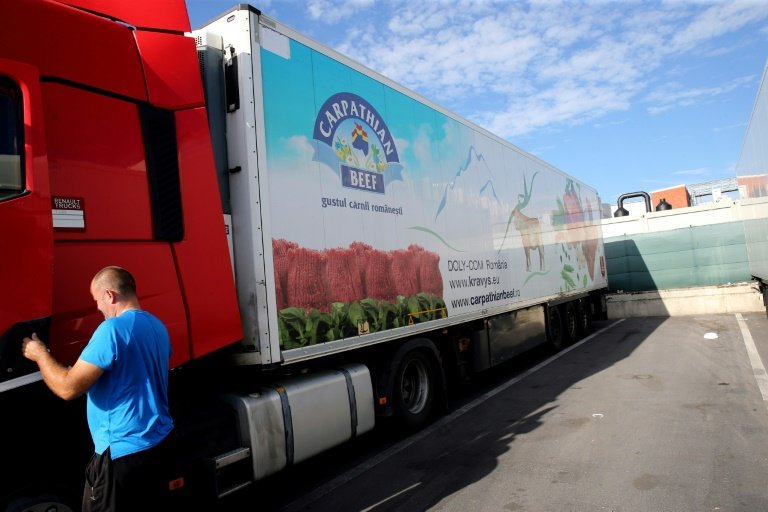 A truck at the meat processing plant Westvlees in Westrozebeke, Belgium after several employees tested positive for the coronavirus / © AFP

In Belgium, one of the country's biggest meat processing plants, Westvlees, sent 225 staff home to quarantine after a cluster of coronavirus cases was discovered.

Switzerland added mainland Spain to a quarantine list of 46 countries as well as Singapore and Romania.

In the Netherlands, similar mask-wearing measures came into force in Rotterdam and in some busy neighborhoods of Amsterdam, including its famous red-light district.

In an extraordinary move late Wednesday, Facebook removed a video clip about the virus from Trump's account. 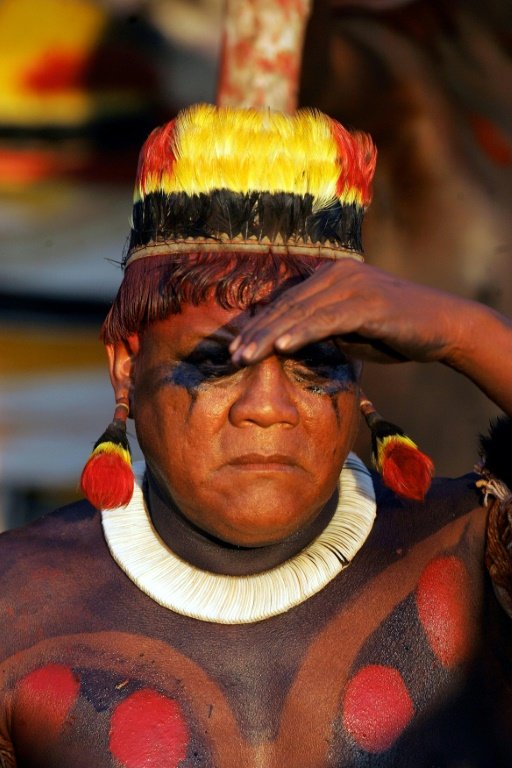 It was the first time the social network has taken down one of the president's posts for violating its content rules -- for "claims that a group of people is immune from COVID-19 which is a violation of our policies around harmful COVID misinformation," a Facebook spokesperson told AFP.

Twitter meanwhile said it had blocked Trump's official campaign account, also for a "misinformation" violation over a tweet containing the same video, in which Trump made the case for reopening US schools starting in September.

Soon thereafter, the @TeamTrump account was active, suggesting the contested video had been taken down. 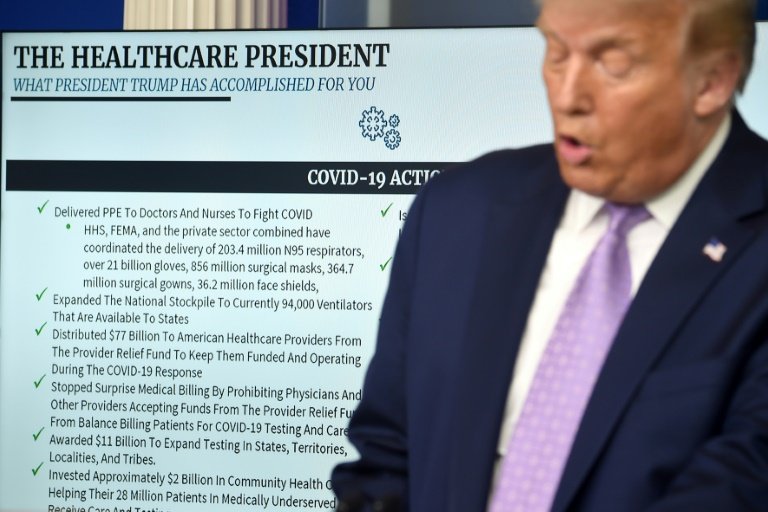 US President Donald Trump speaks to the press in the Brady Briefing Room of the White House in Washington, DC / © AFP

Also in the United States, New York mayor Bill de Blasio, announcing new checkpoints at access roads into the city, said: "We're not going to let our hard work slip away and will continue to do everything we can to keep New Yorkers safe and healthy."

The virus killed more than 32,000 people in the city, which was one of its first epicenters in the United States. 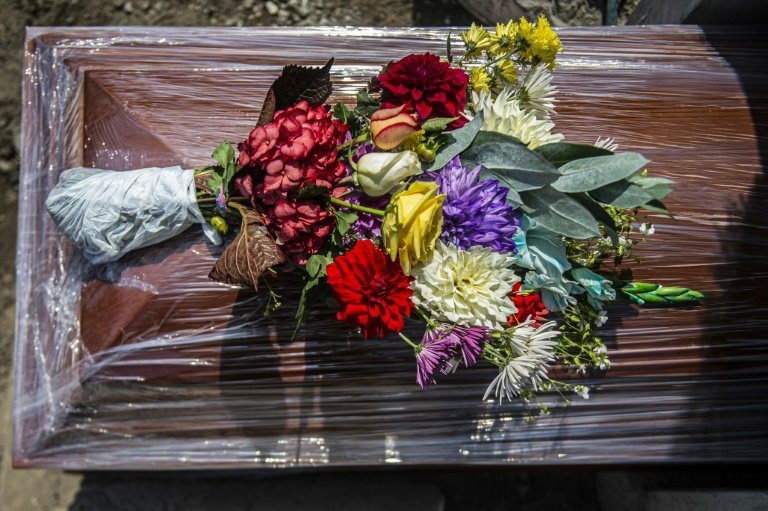 The coffin of a COVID-19 victim is wrapped in plastic before burial at a graveyard in Comas, in the northern outskirts of Lima / © AFP

Brazil, South America's largest country, is driving a surge in Latin America and the Caribbean. It has recorded nearly 2.9 million cases, and more than 97,000 deaths, nearly half the region's 208,329 fatalities.

Meanwhile the death toll continued to rise in Peru, which reported a new daily record of 221 deaths and 7,734 new cases, according to Health Ministry figures, bringing the total COVID-19 deaths to 20,228, and 447,624 confirmed cases -- though total deaths could be closer to 50,000 when considering suspected cases, according to press reports.

Peru, population 33 million, has the third highest death toll in Latin America after Brazil and Mexico.

In South Africa, the hardest-hit country in Africa, some 24,000 health workers have contracted the coronavirus and 181 have died since March, Health Minister Zweli Mkwize said. 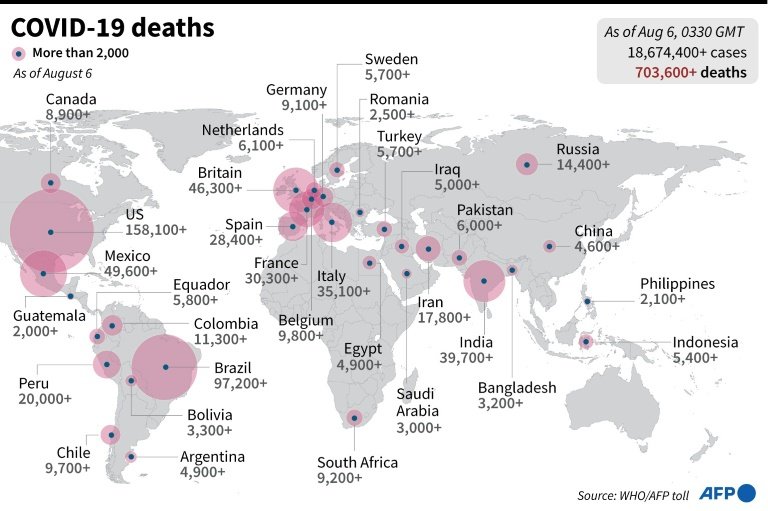 But he added: "We haven't got to the stage where we don't have hospital space for patients."

In Afghanistan, the health ministry said nearly a third of the population -- or 10 million people -- has been infected with the novel coronavirus.

The world's hope of ending the current cycle of outbreaks and lockdowns rests on finding a treatment, which has proved elusive so far.

The US government Wednesday announced a new $1 billion investment in a COVID-19 vaccine being developed by Johnson & Johnson, guaranteeing 100 million doses.

J&J, via its subsidiary Janssen, received $456 million in March.