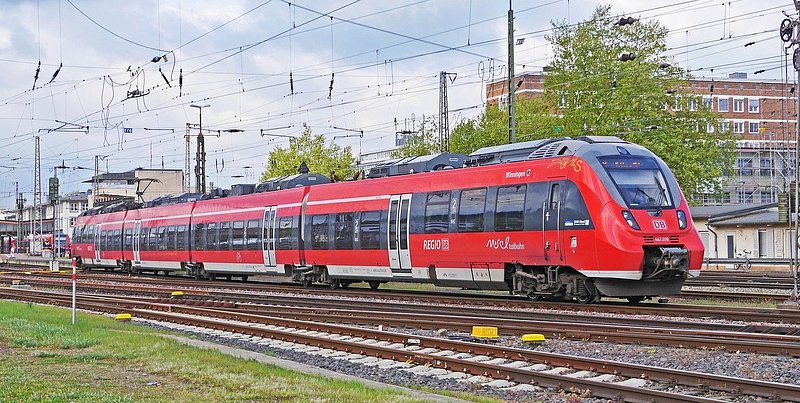 According to reports in the German paper, Trierischer Volksfreund, there was a curious coronavirus incident on a regional train at Trier Central Station over the weekend.

On Saturday, at around 1 pm a train was not allowed to continue its onward journey due to there being a man supposedly COVID-19 positive.

Some 30 passengers, who were also in the compartment, had to provide their personal details to the police.

Earlier, the citizen, who was of French origin, told a fellow passenger that he was suffering Corona symptoms and had taken a test, but the result was still pending.

Some nearby passengers who were also on the train, overheard this exchange and informed the train attendant, who then forwarded the information to the Trier Federal Police.

After arriving at Trier Central Station, the man was eventually questioned and taken to a hospital. A completed Corona test showed a positive result, as the health department confirmed on Monday.

Two hours later and following interviews with the passengers in the compartment, the train finally set off to continue the journey.

The 'infected' person was wearing a mask the entire time and as there was "no direct face-to-face contact" with anyone else recorded, additional tests among the passengers of the train were not necessary, health ministry press spokesman Thomas Müller confirms.

According to the publications most recent update, the Frenchman is now in hospital with mild symptoms.