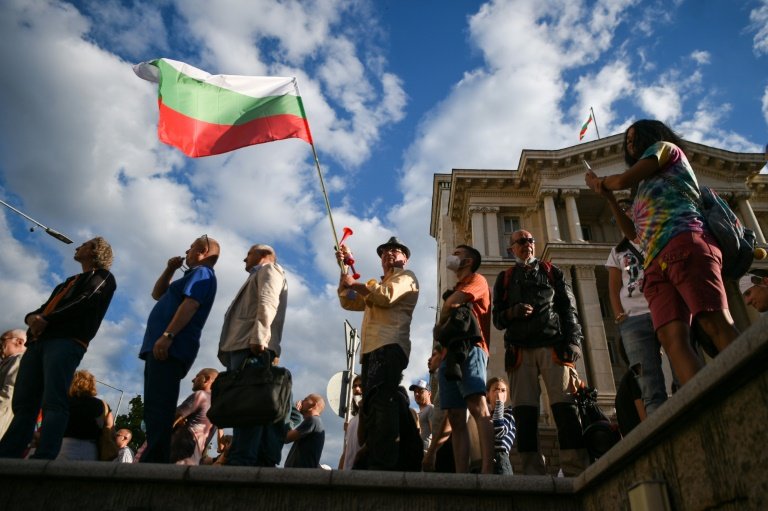 Thousands of Bulgarians gathered for a sixth consecutive evening to chant "Resign!" outside the government headquarters in Sofia / © AFP

A wave of street protests against corruption have swept Bulgaria in recent days, with demonstrators piling pressure on veteran premier Boyko Borisov to resign over his perceived links with oligarchs.

Thousands of Bulgarians gathered for a sixth consecutive evening to chant "Resign!" outside the government headquarters in Sofia on Tuesday, the latest in some of the largest protests the country has seen in years.

The gatherings have attracted up to 10,000 people and have drawn support from across the political spectrum, as well as from those with no affiliation.

Several high-profile recent incidents involving the country's powerful oligarchs have brought anger to boiling point in a country where politics and big business are inextricably linked. 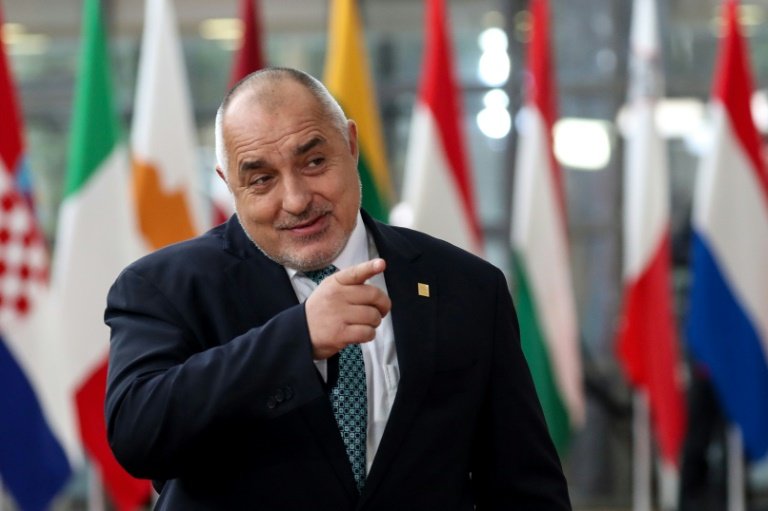 Thirteen years on from accession to the European Union, Bulgaria remains the bloc's most corrupt member, according to Transparency International's corruption perception index.

Adding to demonstrators' frustrations is the seemingly immovable Borisov, who has dominated politics since first being elected prime minister in 2009.

He has resigned twice before in the face of street pressure, in 2013 and 2016, only to return to office in early elections.

"I was part of the demonstrations that brought down Borisov's first government," electrician Plamen Stamov, 37, told AFP at a rally this week.

"Seven years have passed since then, nothing has changed."

"If you listen to Borisov and the media, all is done for the best, in the best of worlds," said 34-year-old mother of two Elena Radulova.

"But there's no end to scandals and we are still the poorest country in the EU." 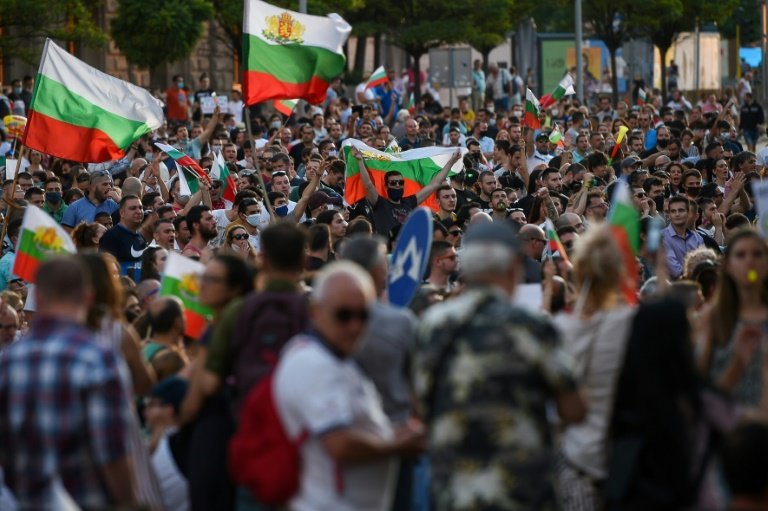 The gatherings have attracted up to 10,000 people and have drawn people from across the political spectrum / © AFP

Borisov's administration has been beset by various corruption allegations but two incidents last week lit the fuse of the protests.

The first affair centred on Ahmed Dogan, the former leader of a party representing Bulgaria's Turkish minority and a powerful Borisov backer.

Last Wednesday right-wing opposition leader Hristo Ivanov used a boat to attempt to access a nominally public section of coast near Dogan's Black Sea villa to point out that the beach had been sealed off.

Security agents paid for by the state, whose protection Dogan has enjoyed despite no longer being an MP, jostled with the boat's crew and pushed it back out to sea.

The entire fracas was broadcast live on social media and sparked outrage against the authorities' perceived favouritism towards men like Dogan.

Second came the raid last Thursday by heavily armed police and prosecutors on the offices of two of the closest aides of President Rumen Radev, who has been a trenchant critic of Borisov's government and is backed by the main opposition Socialists.

Having seemingly enjoyed official protection for decades, earlier this year Bozhkov was indicted on 18 counts including murder and leading an organised criminal group.

From his new home in Dubai, Bozhkov has alleged he previously paid millions of euros in bribes to Borisov and his finance minister and brands the government "a mafia junta".

For the moment Borisov, a former firefighter and bodyguard, is toughing out the storm.

His current term runs until early 2021 and polls before the protests started gave him a 10-point lead over the severely weakened Socialists.

But analysts say that the perceived partiality of Chief Prosecutor Ivan Geshev has become a lightning rod for protestors and could seriously damage Borisov.

"Borisov is now politically threatened by the mess made by the chief prosecutor," political commentator Nikolay Mihaylov told BNR public radio, a reference to acts such as the raid on Radev's aides.

Crucially, the United States -- seen as a key foreign ally of Borisov's government -- defended Bulgarians' right to protest in a statement Sunday.

"We support the Bulgarian people as you peacefully advocate for increased faith in your democratic system and promote the rule of law in Bulgaria. No one is above the law," it read.

According to Professor Ulf Brunnbauer, director of Germany's Leibniz Institute for East and Southeast European Studies "the problem that the government is close to oligarchs is not new".

Tensions have boiled over partially thanks to the novel coronavirus pandemic and its "economic crisis and psychological stress", Brunnbauer told AFP.

For political analyst Ognyan Minchev, the protests are born out of revulsion at "mafia interests which control the country behind the scenes" and for which the government is perceived as a mere pawn.