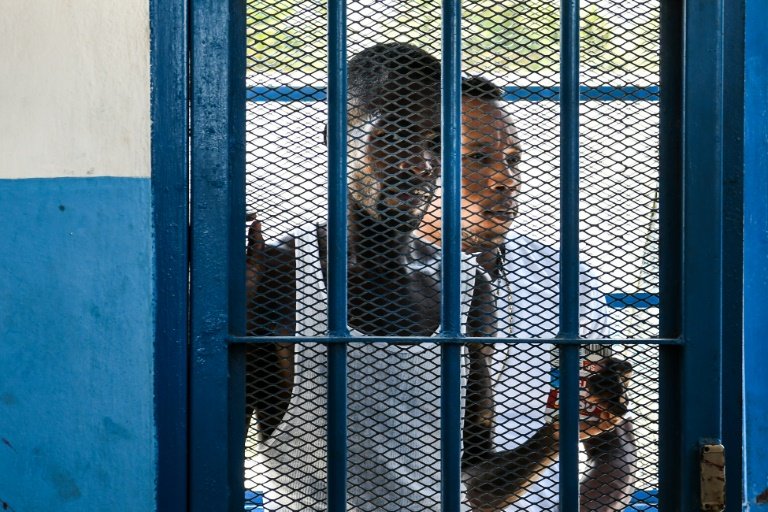 Imagine the struggle of containing the coronavirus if it hits Haiti's hellish prison system, the world's most overcrowded, where filthy, sometimes windowless cells meant to house 20 people are teeming with up to 80, unable to even go outside for fresh air.

The poorest country in the Americas has reported only one coronavirus death out of 25 recorded cases so far. But activists and officials fear the prison network is an epidemiological ticking time bomb.

The system is a mess, from a new women's prison built in 2016 to crumbling provincial jails that over time have become places for long-term detention rather than short stays. All of them are overcrowded.

Haiti has 11,300 people behind bars -- most of them waiting to go on trial, sometimes for years -- in conditions that human rights activists liken to torture.

"Prison cells in Haiti are small rooms with space for 10 to 20 people if you use the rule of 4.5 square meters per prisoner," said Marie Rosy Auguste Ducena of the National Human Rights Network. That works out to about seven feet by seven feet per man or woman.

"But these cells hold up to 80 people. So you can just imagine the levels of overcrowding these people are forced to endure," she added.

"The cells are also very poorly lit and have little ventilation, so the prisoners become very weak," said Auguste.

Because there is not money to hire enough guards, prisoners are not allowed outside to get fresh air or exercise, said Auguste.

Human rights groups have complained for decades about the appalling conditions in Haiti's prisons.

But now, as the novel coronavirus sweeps the globe and even countries as rich as the United States struggle to keep prisoners safe -- sometimes simply releasing them -- Haiti is in a race against time.

The idea is to thin out the prison population before coronavirus hits the destitute Caribbean nation in earnest and conceivably spreads like wildfire through the inmates. 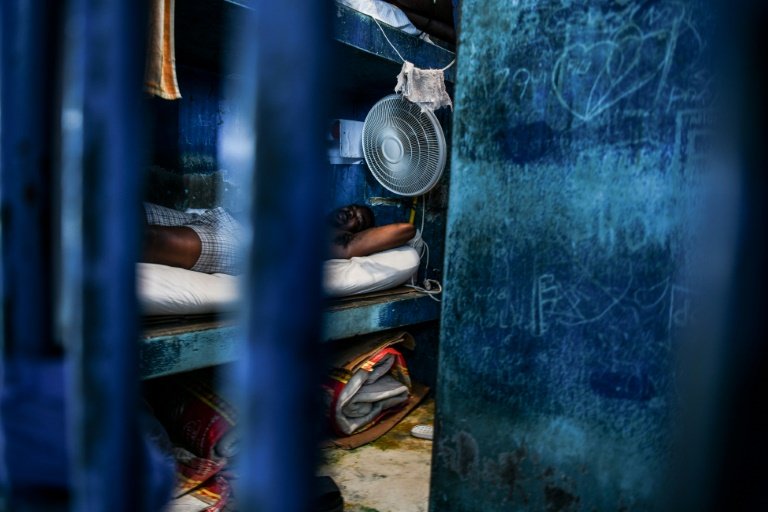 A prisoner rests in a cell in Haiti's National Penitentiary in Port-au-Prince, Haiti on August 30, 2019 / © AFP/File

Charles Nazaire Noel, the director of the national prison system, said he has sent the Justice Ministry a list of 600 prisoners as candidates for release.

"That is not much," Nazaire added, although he is making up a second list that would comprise only people awaiting trial.

Indeed, that is the case for a staggering three-quarters of the prison population. And some have been held even longer than they would be if found guilty of the crime they are accused of.

"There are people in prison for stealing a cellphone or a goat. For petty larceny like that, they are supposed to spend a year in prison. But some have been in prison for five or six years," said Nazaire.

He said he has warned the government time and time again about the dangerous conditions in the prison system, to no avail. 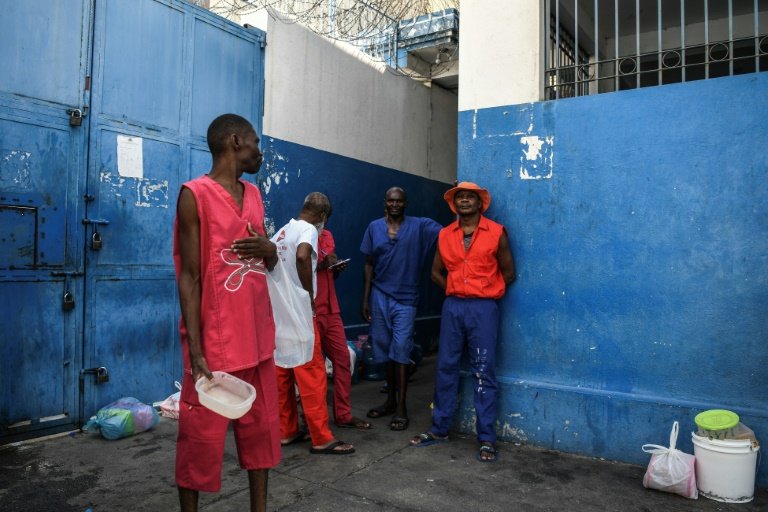 "Our prison overcrowding has reached a limit. The government should have been aware of this," said Nazaire.

Another threat comes from a shortage of protective masks for prison guards.

"Prison guards and other employees are people who go home at night. They are potential COVID-19 vectors for the prison system," said Auguste.

"If COVID-19 makes it into the prisons, we will be facing an absolute catastrophe," she warned.