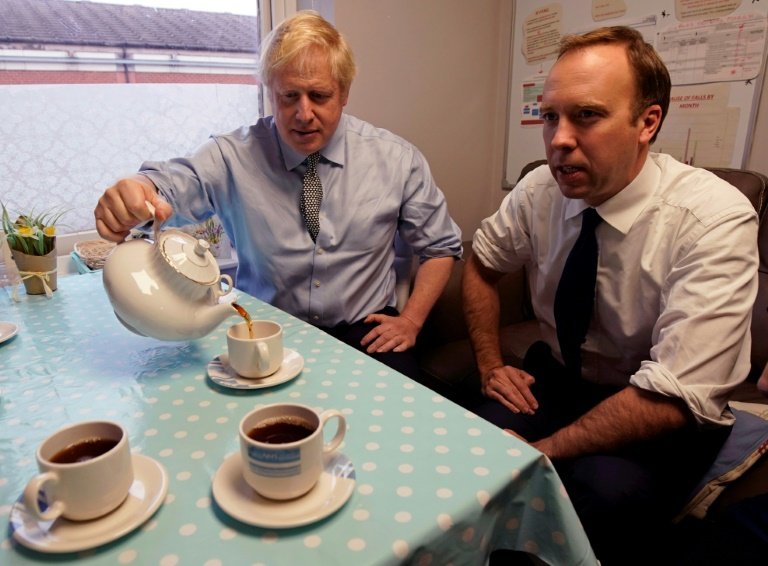 Johnson said he began feeling unwell on Thursday and was tested on the personal advice of England's chief medical officer Chris Whitty.

Whitty, who has been working closely alongside Johnson, later said he was in self-isolation, "after experiencing symptoms compatible with COVID-19 last night (Thursday)".

Chief scientific adviser Patrick Vallance, who with Whitty has led the public health response, said he had no symptoms.

"The best scientific analysis now is that the rate of infection has been doubling every three to four days," senior minister Michael Gove said at a daily briefing on the outbreak.

"The fact that the prime minister and the health secretary have contracted the virus is a reminder that the virus does not discriminate," he added.

The true number of COVID-19 cases is likely to be bigger, as Britain only tests patients taken to hospital with severe symptoms.

Two more field hospitals at the National Exhibition Centre (NEC) near Birmingham and at the Manchester Central convention centre were announced to treat an expected surge in patients.

Work also started on a temporary mortuary next to the NEC at Birmingham International Airport, initially with space for 1,500 bodies, contingency planners said.

Johnson, 55, announced the diagnosis in a video message on his 10 Downing Street Twitter account: "Over the last 24 hours I have developed mild symptoms and tested positive for coronavirus.

"I am now self-isolating, but I will continue to lead the government's response via video-conference as we fight this virus," he said.

Hancock's announcement, also on Twitter, came just over an hour later, while Whitty's came later in the afternoon. All three said they would continue to work from home for seven days.

Johnson's spokesman made no comment on the health of Johnson's partner, Carrie Symonds who is in self-isolation. She is pregnant with the couple's first child.

But he said it had been a "significant period of time" since Johnson met Queen Elizabeth II, as questions were asked about who else may have been exposed.

The 93-year-old monarch has been with her 98-year-old husband, Prince Philip at Windsor Castle, west of London, since March 19, as a precaution.

Johnson, who in early March insisted the virus would not stop him shaking hands, was pictured speaking to the queen by telephone instead of meeting her in person for a weekly audience.

A Buckingham Palace spokesman said the monarch last saw Johnson in person on March 11 and remained "in good health". 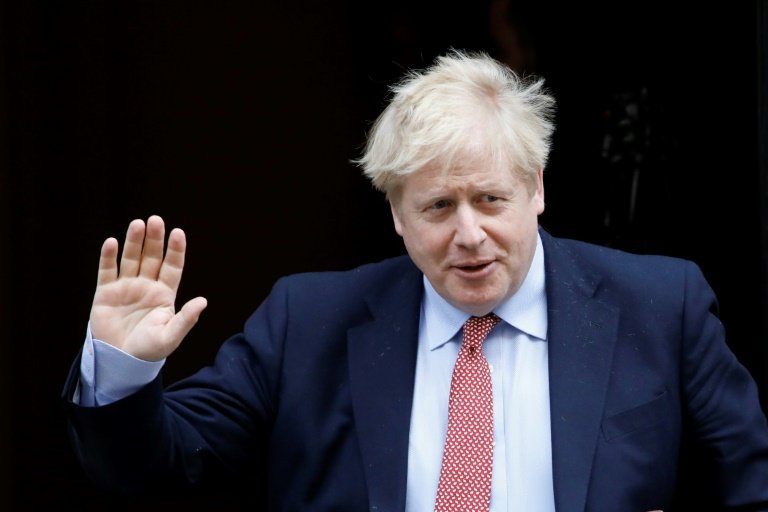 Earlier this week, Prince Charles, the queen's eldest son and heir, tested positive for the virus and is recovering in Scotland.

Royal officials meanwhile announced the traditional Trooping the Colour parade to mark the queen's official birthday will not take place "in its traditional form" in June.

But the British government maintained that post-Brexit trade talks, led by Gove, would go-ahead remotely next week, as London and Brussels try to thrash out a trade deal before December 31.

The coronavirus outbreak has cast doubt on whether a deal is possible in such a short timeframe, particularly if other senior government figures fall ill.

The government confirmed this week that if Johnson was incapacitated, Foreign Secretary Dominic Raab would temporarily take charge.

Testing of frontline NHS workers will begin this weekend, said Gove, after concern about high levels of staff absences due to illness or self-isolating due to possible exposure.

Johnson's cabinet of senior ministers began video-conference meetings this week, and the daily briefing on the outbreak moved online, with questions posed remotely by journalists.