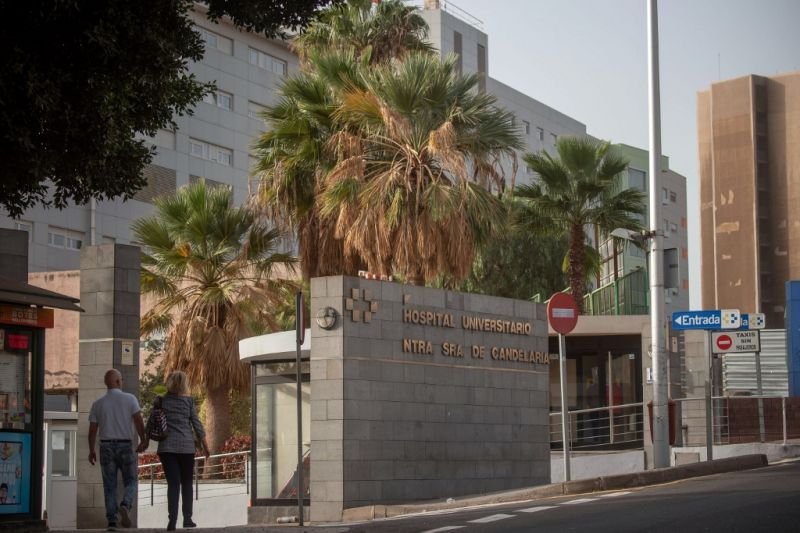 Hundreds of people were confined to their rooms at a Tenerife hotel Tuesday after an Italian tourist was hospitalised with a suspected case of coronavirus, health officials in the Canary Islands said.

"Hundreds of hotel clients are being monitored for health reasons and the degree of supervision will be assessed during the day, but so far, we're not talking about quarantine," health authority spokeswoman Veronica Martin told AFP, confirming that the Italian tourist "was staying at this hotel while on holiday in Tenerife".

The archipelago’s health authorities announced late on Monday that an Italian man had tested positive for coronavirus and was being kept in isolation while his results undergo a second analysis in Madrid as required by Spain's protocol for suspected cases of the disease.

A British guest at the H10 Costa Adeje Palace hotel where the Italian man was staying who did not want to be named told AFP by telephone that he and other guests had received a notice telling them to stay in their rooms.

"We regret to inform you that for health reasons, the hotel has been closed down. You must remain in your rooms until the health authorities say so," said the text in Spanish, English, French, Italian and German, a copy of which was sent to AFP.

Here is the actual note for those interested to see it. pic.twitter.com/UCAetoDZNv

The management could not be reached for comment. According to its website, the hotel has 467 rooms, four outdoor pools as well as two jacuzzis. The scare came as hotels across the Canary Islands were packed with guests who had flown in for the traditional February carnival festivities.

RTL has contacted the Ministry of Foreign Affairs to find out if Luxembourg tourists were also staying at this hotel. The ministry confirmed this Tuesday afternoon that four Luxembourg nationals are among the hotel guests. They specified that Luxembourg's authorities were closely working together with the Luxembourgish embassy in Madrid and the consulate in Tenerife.

The hotel H10 Costa Adeje Palace is also part of the LuxairTours programme. The four tourists may be forced to spend two more weeks on the island. LuxairTours has since confirmed that 14 of their customers are at present in the hotel.

For more detail: Hundreds of tourists in Tenerife hotel lockdown over coronavirus

Spain had so far registered two confirmed cases of coronavirus, both in foreign tourists.

The first case was that of a German man on La Gomera island in the Canaries followed by a British man who tested positive in Mallorca in the Balearic Islands.

Spain is the second-most visited country in the world after France, according to the United Nation's World Tourism Organization.

Spanish authorities have repeatedly ruled out imposing tighter border controls as a way of preventing the spread of the virus as some nations have done.

The evidence that this measure works "is very scant and Spain right now is not planning it," Fernando Simon, director of the Centre of Coordination of Health Emergencies at Spain's health ministry, told a news conference on Sunday following the surge in coronavirus cases in Italy.

Seven people in Italy have so far died after catching the virus, making it the hardest-hit country in Europe.

In China, where the virus first appeared, the authorities have implemented unprecedented measures to try and contain the spread of the virus -- which has killed more than 2,600 people in the mainland -- including locking down tens of millions of people in the city's epicentre, Hubei province.