'There are worse places' for a two-week quarantine, says Marc Ziltman, the Red Cross chief on site / © AFP

Twice a day they will have their temperature taken and nurses will check them for coronavirus symptoms: other than that, their main concern will be how to keep their phone charged and get their laundry done.

The 179 evacuees -- mostly made up of French nationals and their Chinese spouses -- flown back from China were settling into their new life in quarantine on Saturday. A holiday resort in the southeast of France that will be their home for the next two weeks.

These special guests will have the run of their seaside base in Carry-le-Rouet, about 30 kilometres (19 miles) from the Mediterranean port city of Marseille -- so long as they wear a mask. 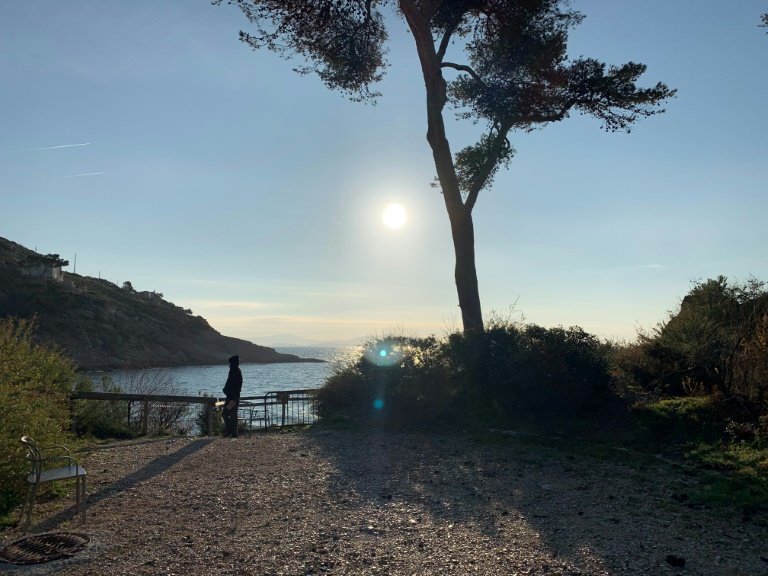 By Saturday morning, the day after their arrival, residents were already sitting outside enjoying the mild Mediterranean weather / © AFP

On Saturday, their first morning there, some were up to take in the sunrise, others sat outside in the mild weather reading while others explored inside the hotel complex.

"There are worse places," said Marc Ziltman with a smile, as children's shouts echoed across the facility.

"The easy solution would have been a disused barracks," Zilman, the senior Red Cross official on site, pointed out. Instead, the French authorities opted to make the evacuees stay as comfortable as possible.

"The site needs to be as agreeable as possible because people are going to pass 14 days there," he told AFP.

There is volleyball for the teenagers, art classes for the toddlers and a space for the grown-ups to relax over a coffee, making it more holiday resort than hospital or clinic. 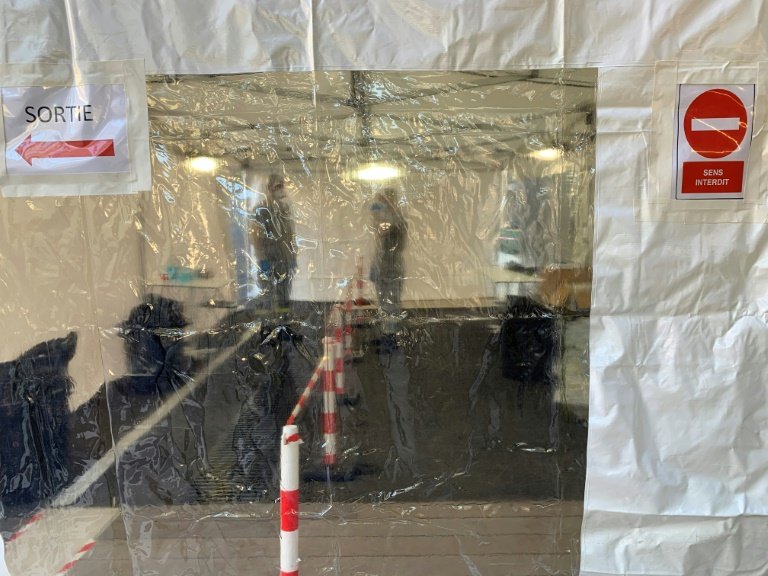 While the evacuees have the run of the resort, they have to wear masks and stay on site / © AFP

For the moment, no one here has shown any symptoms that could indicate they have caught the new coronavirus. Two possible cases identified as the evacuees came off their plane on Friday tested negative at La Timone hospital in Marseille.

The medical team looking after the evacuees is about 20 strong, including doctors, nurses and psychologists. Backing them are are soldiers from France's civil security units and 30 Red Cross volunteers, who mainly take care of the logistics of their stay.

On their first day back on Saturday, the new arrivals got down to solving the immediate challenges raised by their rather hasty repatriation: how to do their laundry, change their Chinese currency and get hold of cigarettes. 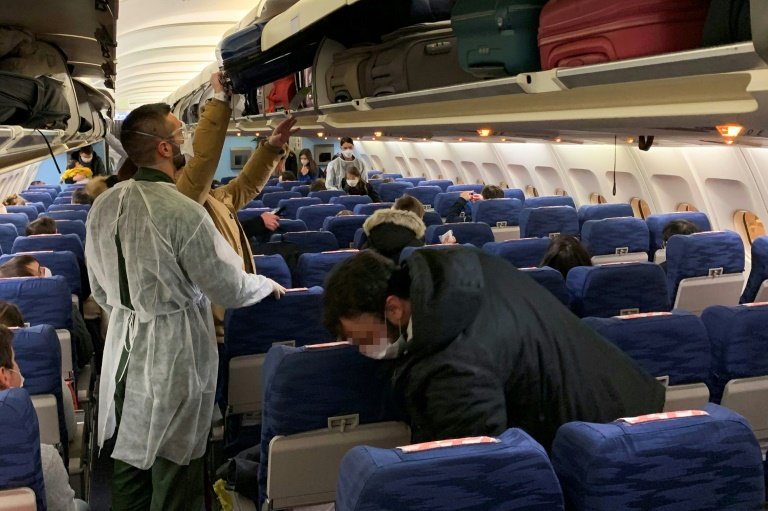 Two suspected cases of coronavirus were tested when they got off the plane from China, but both tested negative / © AFP

A concierge service was already up and running to attend to their needs.

"Yesterday, they were tired, which is quite normal," said Zyltman. They had their evening meal and went quietly to bed. "Now, life is back on course and it's going rather well," he added.

As the special guests got their bearings, members of France's paramilitary gendarme force patrolled the site, keeping careful guard at the resort's only access point.

But they are in any case at a fairly isolated site, in the middle of a pine forest, in a cove more than 3 kilometres from the seaside village of Carry-le-Rouet itself.

The parents of a student flown back from China were already outside, having come to deliver him a travel bag with clean clothes. They had to leave it with the gendarmes at the entrance.

But the father seemed reassured that their son was being looked after in France.

Their son had described the atmosphere there as "fairly convivial", he said.

"I think they are all relieved to be there, in very good conditions, he told the journalists gathered outside.