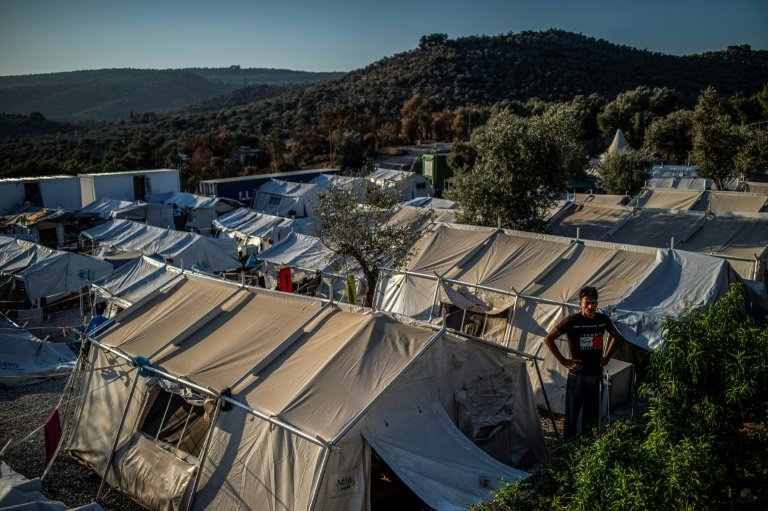 At the peak of the migration flows in 2015, up to a thousand migrants were arriving daily on inflatable dinghies from the Turkish coast / © AFP

In Skala Sykamineas, a small fishing village at the north end of the Greek island of Lesbos, locals fear the arrival of 500 migrants on Thursday may signal a repeat of the 2015 migrant crisis.

At the peak of the migration flows four years ago, up to a thousand migrants were arriving daily on inflatable dinghies from the Turkish coast, overwhelming the resources of some Greek islands.

"I will never be able to forget the thousands of people that arrived to this beach in the summer of 2015... Children, families, wounded by this difficult journey," said Elpiniki Laoumi, the owner of a local tavern.

On Thursday evening, 13 boats docked in Lesbos with about 540 people on board, including 240 children, authorities and local NGOs said, in what one Greek diplomatic source called "an unprecedented spike".

"The 13 boats docked right in front of the restaurant... I don't want to see the same scenes of 2015 again," Laoumi said.

Dendias reminded the envoy of Ankara's obligations under a 2016 EU-Turkey deal aimed at reducing the flow of asylum-seekers to Europe, according to a diplomatic source.

"Many locals complain about the refugees and think they come because they choose to. I know what it means to be a migrant and it is not easy," said Stella, a retired Greek who migrated as a youngster in Australia and returned to her home for vacations. 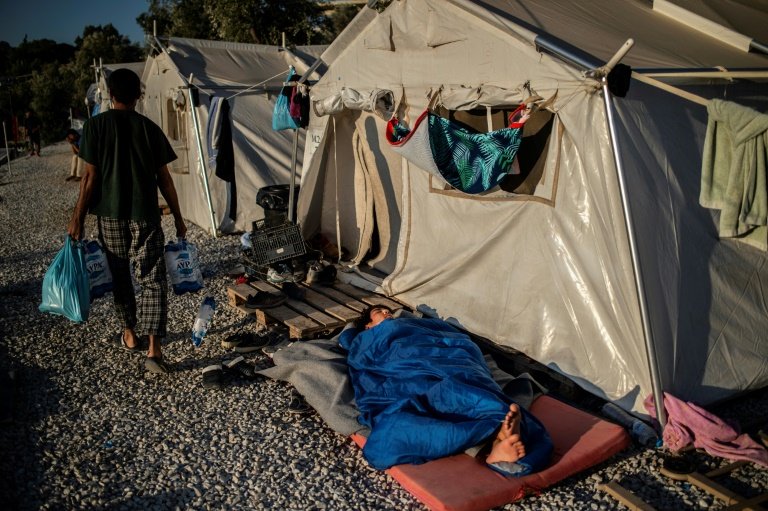 The number of migrant-loaded boats has boomed in recent weeks, taking Greek authorities, who were not prepared to accommodate as many refugees, by surprise / © AFP

The number of migrant-loaded boats has boomed in recent weeks, taking Greek authorities, who were not prepared to accommodate as many refugees, by surprise.

"July 2019 was the month with the highest number of arrivals since March 2016 and since then we have far exceeded this figure with more than 3,000 arrivals in August alone," says Astrid Castelein, head of the UNHCR office on Lesbos.

On Saturday, after an emergency meeting of the Greek government's Council for Foreign Affairs and Defense chaired by Prime Minister Kyriakos Mitsotakis, authorities announced urgent measures.

Athens decided to step up asylum procedures and send 115 unaccompanied children to join their families in other EU countries. Greece will decongest island camps by transporting migrants to the mainland and intensify border patrol with the collaboration of EU border control agency Frontex. 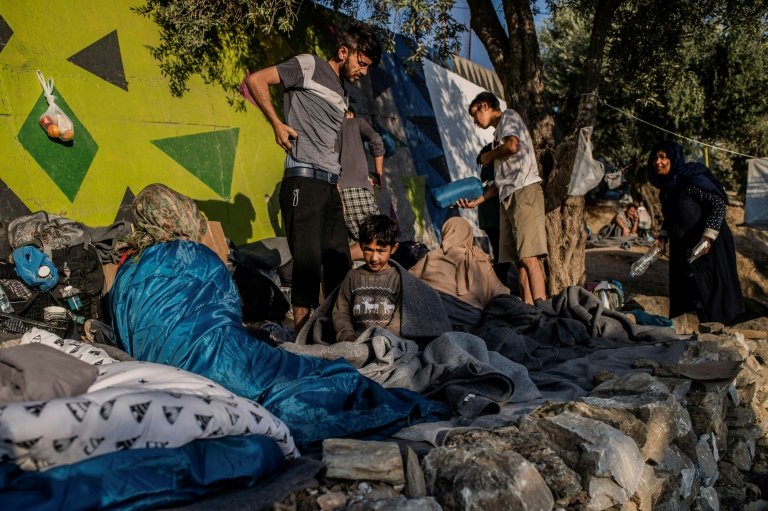 On Thursday, 13 boats docked in Lesbos with about 540 people on board, including 240 children / © AFP

The government will also abolish appeals to asylum rejections.

Athens also said 1,002 refugees of "high vulnerability" will be taken away of the congested Moria camp in Lesbos and transported to a centre in Northern Greece.

The Moria camp, a refugee registration and identification centre, is once again overcrowded, four years after the peak of the migration crisis.

The camp designed for 3,000 people is now home to almost 11,000, according to the charity Doctors Without Borders (MSF).

The 546 migrants who arrived on Thursday, most of them Afghans and families according the UNHCR, were sent to a transit camp, near the village of Skala, before being taken to Moria where they will be registered and will present asylum applications.

"This transit camp is set in order to help the local people and the authorities, but also to ensure that the migrants won't stay on the beach like in the past", said Leon Theologou who is in charge of the camp for UNHCR.

On Saturday, all these new arrivals were expected to be transported to Moria, where migrants say hygiene conditions are substandard and newcomers can't even have a tent.

Wasek, a 25-year-old Afghan man, arrived there with 10 members of his family a week ago and he is sleeping outside the camp, on some grey blankets on the ground. An 8-month-old baby lies next to him.

"We have a baby. My mother is really sick," he told AFP. "We can't live in this situation for too long. Temperatures will fall."