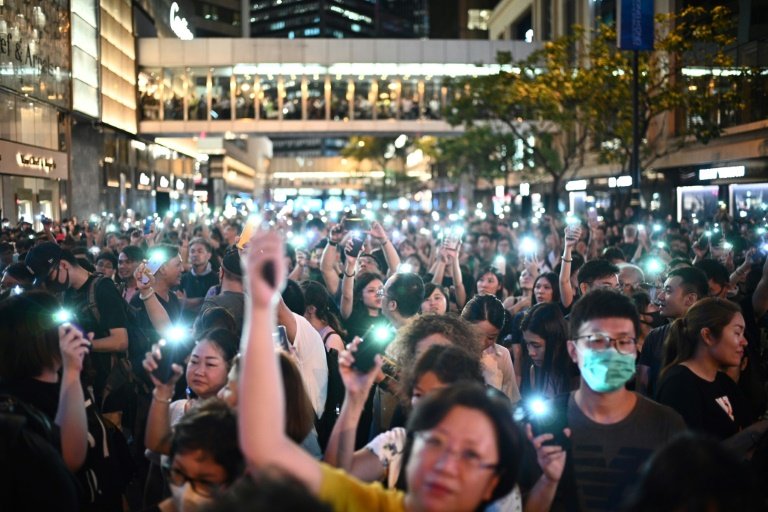 Hong Kong civil servants on Friday night kicked off a weekend of anti-government protests and unsanctioned rallies in defiance of warnings from China and after a prominent independence campaigner was arrested.

The semi-autonomous southern Chinese city has seen two months of unrest triggered by opposition to a planned extradition law that quickly evolved into a wider movement for democratic reforms.

Authorities in Hong Kong and Beijing this week signalled a hardening stance, including with the arrests of dozens of protesters, and the Chinese military indicating it was ready to quell the "intolerable" unrest if asked.

But protesters have remained unyielding, vowing to hold multiple rallies and marches throughout the weekend and into next week, sending tensions soaring once more.

On Friday evening thousands attended a rally organised by members of Hong Kong's usually tight-lipped civil service, gathering in a park in the city's commercial district and then spilling out into nearby roads. 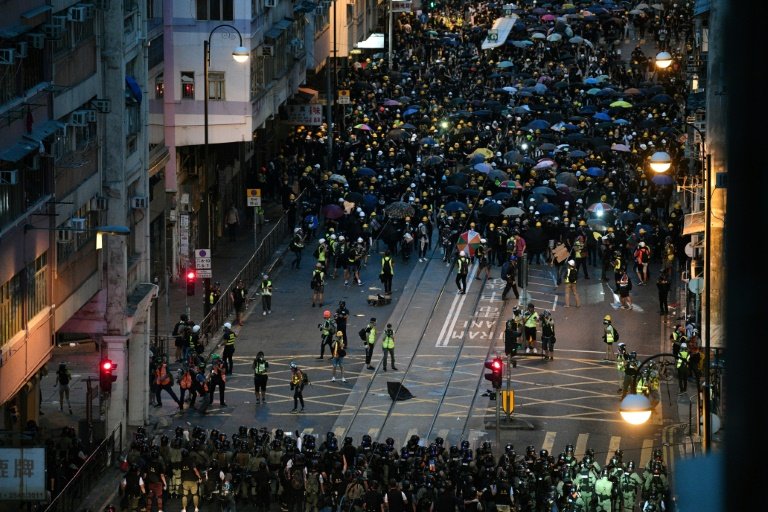 Many civil servants wore surgical masks to hide their identities after the government warned that employees should show "total loyalty" and could be punished for attending.

"Apart from being a civil servant, I'm also a Hong Konger and I have freedom of assembly," one protester, a civilian working within the police department, told AFP, asking not to be named.

He added that the civil service's political neutrality should not mean "blind support" for the government at all costs.

Unsanctioned marches are also planned for Saturday and Sunday, as well as a city-wide strike on Monday.

Similar illegal marches in the last fortnight have quickly descended into violent clashes with police.

Police said eight people were arrested Thursday night on charges of possessing offensive weapons and explosives following a raid on an industrial building.

They later said they also found one petrol bomb, baseball bats, bows and arrows and iron balls used in slingshots as well as protective clothing. 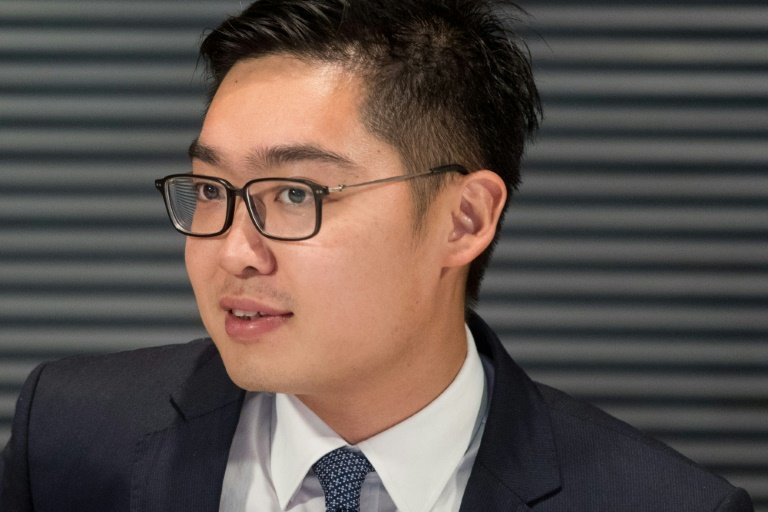 A senior police source, who asked not to be named, told AFP that independence activist Andy Chan was among those detained.

Chan's small independence party was outlawed last year on the grounds it posed a national security threat, the first such ban since the former British colony returned to Chinese rule in 1997.

Chan's party contained only a few dozen members, but Beijing sees calls for independence as an absolute red line.

The banning of his party -- and the expulsion of a Financial Times journalist who chaired a talk with Chan at the city's press club before the party was outlawed -- were held up as two examples of eroded freedoms in Hong Kong.

Under the terms of the 1997 handover deal, the city has rights and liberties unseen on the mainland, including an independent judiciary and freedom of speech.

But many say those rights are being curtailed, citing the disappearance into mainland custody of dissident booksellers, the disqualification of prominent politicians and the jailing of pro-democracy protest leaders.

Public anger has been compounded by rising inequality and the perception that the city's distinct language and culture are being threatened by ever-closer integration with the Chinese mainland.

The past two weekends have seen a surge in violence used by both protesters and police, who have repeatedly fired rubber bullets and tear gas to disperse projectile-throwing crowds.

Hong Kong's police have increasingly adopted tougher tactics, including by this week charging 44 protesters with rioting -- an offence that carries up to 10 years in jail.

Hong Kong chief executive Carrie Lam has made few concessions beyond agreeing to suspend the extradition bill, and she has made few public appearances.

Protesters are demanding her resignation, an independent inquiry into police tactics, an amnesty for those arrested, a permanent withdrawal of the bill and the right to elect their leaders.