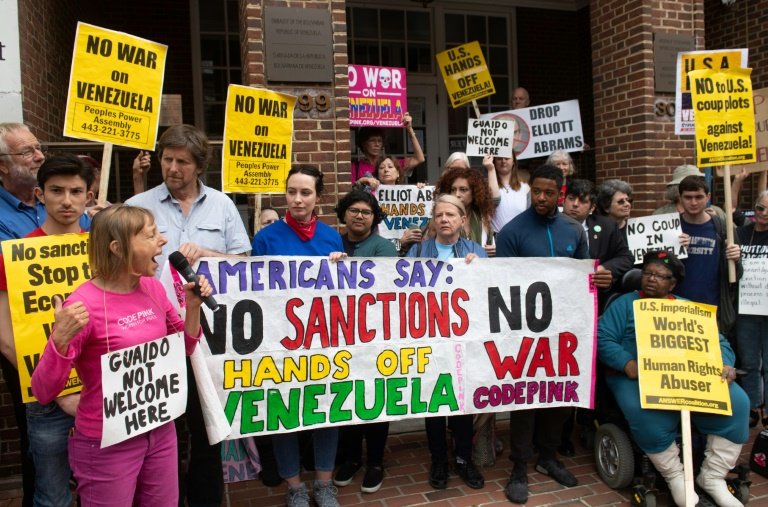 Elliott Abrams, the envoy heading the US push to topple President Nicolas Maduro, called the sit-in "a violation of the law" and said that Guaido's ambassador in Washington would discuss with security officials how to remove them.

"This is sovereign Venezuelan territory. They have to leave," Abrams told reporters, without setting a timeline.

"It is really striking to find anybody in the US defending the Maduro regime. It is shameful to see them," he said.

Activists have been sleeping at the four-floor embassy in the tony Georgetown neighborhood for two weeks, putting up signs that include one saying "Hands off Venezuela."

The United States and more than 50 other countries say that Guaido, a 35-year-old engineer who has united the opposition, is the rightful interim president after Maduro's disputed re-election. 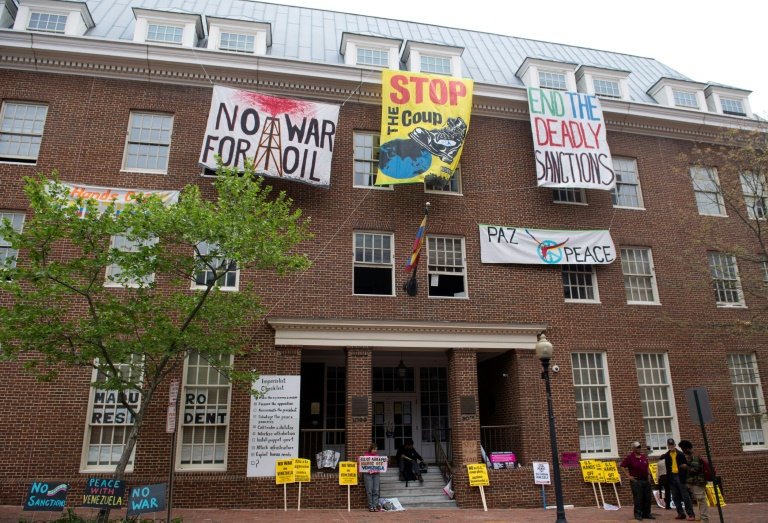 Maduro, a leftist firebrand, has presided over a crumbling economy in which inflation is projected to soar a mind-boggling 10 million percent this year, with millions of Venezuelans having fled in the face of a shortage of basic goods.

Leftist activists accuse President Donald Trump of mounting a coup against Maduro and have voiced alarm at the US leader's hints that he is open to using force.

Foreign Minister Jorge Arreaza warned the United States against forcibly evicting the activists, suggesting unspecified retaliation against the US embassy in Caracas.

"How crazy they would be to enter illegally," he said at the United Nations. "If they did, we would have to think of how to reciprocate."

The final Maduro envoys at the embassy left after the Organization of American States voted on April 10 to accept Guaido's envoy as Venezuela's representative to the Washington-based body. 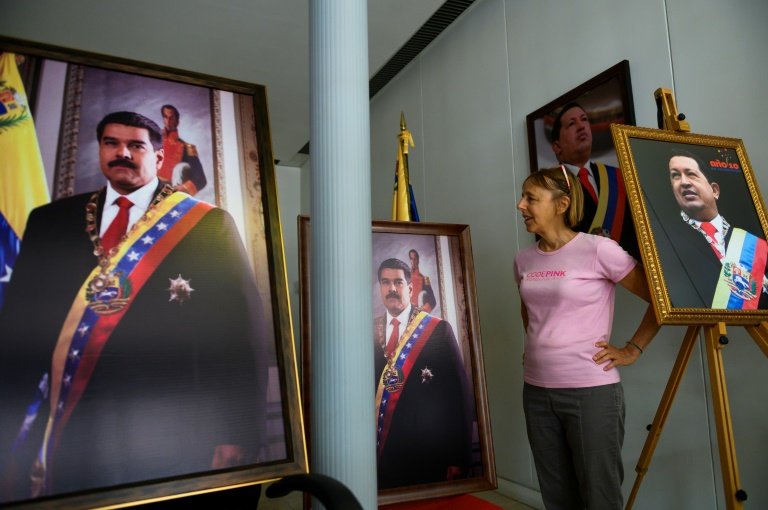 Medea Benjamin, the veteran activist of peace group Code Pink, speaks at the entrance to the Venezuelan embassy near portraits of President Nicolas Maduro / © AFP/File

Medea Benjamin, a veteran activist with the peace group Code Pink, said that Guaido's representative should not be welcome.

"This is something unprecedented," she said.

"I don't think that has ever happened in the history of our country, where ordinary citizens have said 'We will not let an unelected, illegitimate group of people come in and take over an embassy from a government that was elected, that is in power and is recognized by the UN," she said.