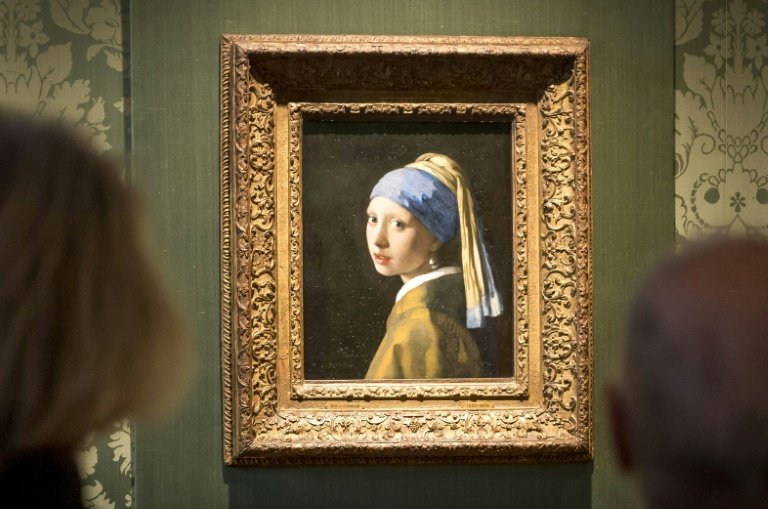 Two activists glued themselves to Johannes Vermeer's 'Girl with a Pearl Earring' and the adjoining wall, but the artwork was behind glass and undamaged / © ANP/AFP

Art world professionals have slammed recent attacks on famous paintings by climate protesters as "counterproductive" and dangerous acts of vandalism.

While some of the major French and British museums interviewed by AFP, including the Louvre, the National Gallery and the Tate in London, are keeping a low profile on the issue, others are calling for stronger protective measures against such acts.

"Art is defenceless and we strongly condemn trying to damage it for whichever cause," the Mauritshuis museum in The Hague said in a statement.

It was in the Mauritshuis that Johannes Vermeer's masterpiece "Girl with a Pearl Earring" was targeted by climate activists this week.

Two activists glued themselves to the painting and adjoining wall, while another threw a thick red substance, but the artwork was behind glass and undamaged, and returned to public view on Friday.

"How do you feel?" one of them asked. "This painting is protected by glass but... the future of our children is not protected."

That attack came after environmental activists splashed tomato soup on Dutch artist Vincent van Gogh's "Sunflowers" at the National Gallery in London, and threw mashed potato over a Claude Monet painting at the Barberini Museum in Potsdam, Germany.

Bernard Blistene, honorary president of the modern art Centre Pompidou in Paris, said all museum managers had been taking precautions against vandalism for a very long time.

"Should we take more? No doubt," he said.

Ortrud Westheider, director of the Barberini Museum, said the recent attacks showed "international security standards for the protection of artworks in case of activist attacks are not sufficient". 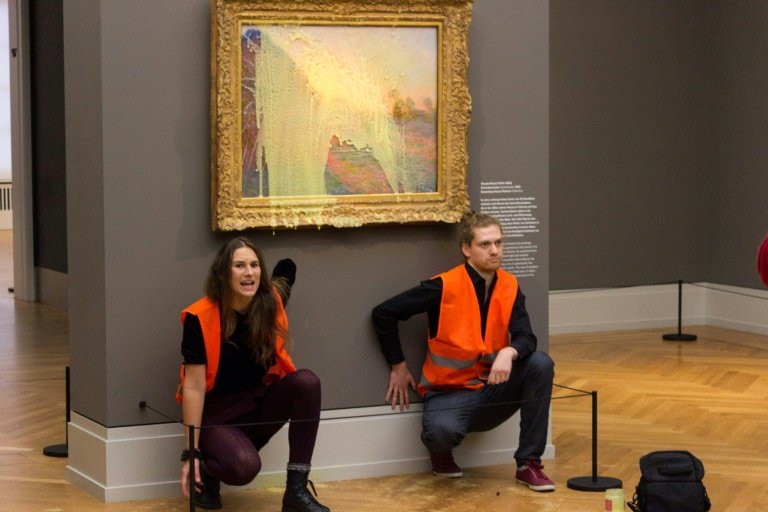 Eco-militants hurled mashed potato onto Claude Monet's 'Les Meules' in Germany, but it too was protected by glass / © LAST GENERATION/AFP

The group later published a video on social media, writing: "If it takes a painting –- with #MashedPotatoes or #TomatoSoup thrown at it -– to make society remember that the fossil fuel course is killing us all: Then we'll give you #MashedPotatoes on a painting!"

The museum said the painting was protected by glass and had not suffered damage.

In a similar stunt on October 14, two environmental protesters hit van Gogh's world-renowned work with tomato soup in London. The gallery said the protesters caused "minor damage" to the frame but the painting was "unharmed".

Remigiusz Plath, security expert for the German museums association DMB and the Hasso Plattner Foundation, said the string of art attacks was "clearly a kind of escalation process".

"There are different ways of reacting and of course all museums have to think about extended security measures -- measures that were previously very unusual for museums in Germany and in Europe, that were perhaps only known in the US," he said.

Such measures could include a complete ban on bags and jackets as well as security searches.

"The environmental catastrophe and the climate crisis are of course also a matter of concern to us... But we have absolutely no tolerance for vandalism," he added.

The Prado museum in the Spanish capital has said it was "on alert".

At the Queen Sofia museum in Madrid, conservation expert Jorge Garcia Gomez-Tejedo told Spanish media this week, only the most vulnerable works are displayed behind armoured glass.

Adam Weinberg, of the Whitney Museum of American Art in New York, has questioned the activists' approach.

"It's people putting themselves on a stage in order to bring attention to something, but you have to ask, does this really change anything?" he said at a discussion on Wednesday in Qatar, according to ARTNews. 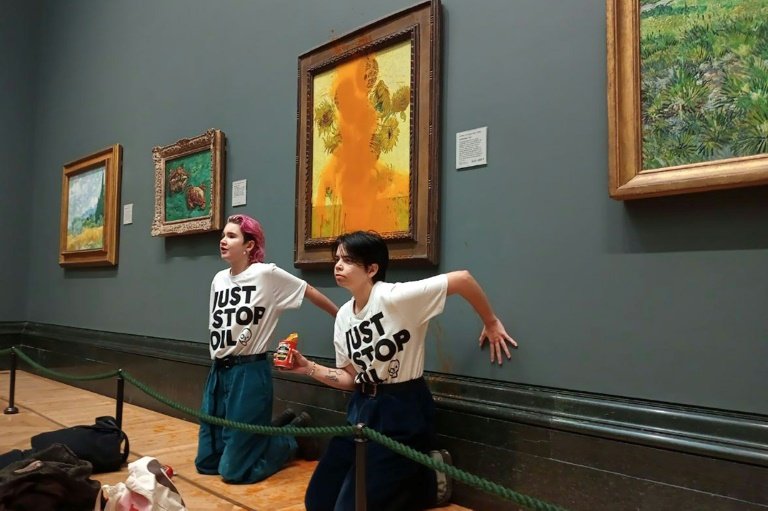 Tristram Hunt, of London's Victoria and Albert Museum, voiced concern at the "nihilistic language around the protests that there is no place for art in times of crisis".

France's Culture minister Rima Abdul Malak has called on "all national museums to redouble their vigilance".

"How can... defending the climate lead to wanting to destroy a work of art? It's absolutely absurd," she told Le Parisien daily.

In May, Leonardo da Vinci's "Mona Lisa" had a custard pie thrown in her face at the Louvre museum in Paris, but the artwork's thick bulletproof case ensured she came to no harm.

Her attacker said he was taking aim at artists who are not focusing enough on "the planet".

For Didier Rykner, founder of online French magazine La Tribune de l'art, these acts of protest are "counterproductive" and "the more visibility they are given, the more they will do it again".

But "by becoming commonplace, these acts undoubtedly lose their force," he argued.