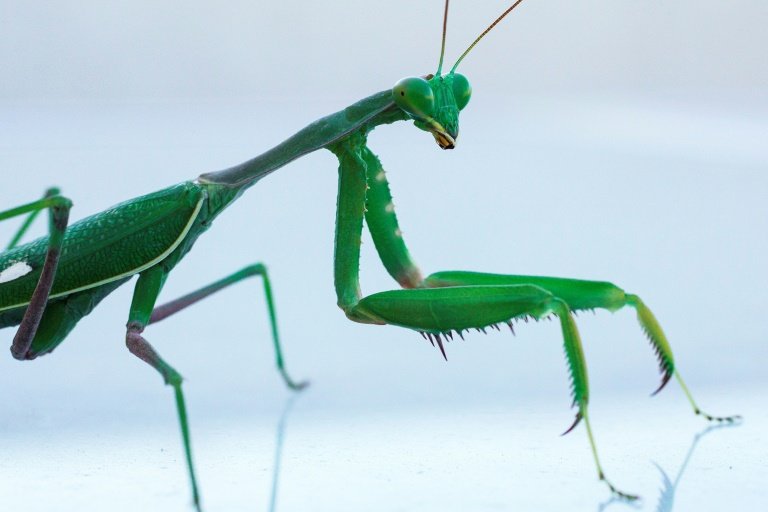 60 percent of sexual encounters between Springboks -- one of nearly 2,000 mantis species across the globe -- end in males being eaten as snack / © AFP/File

A male Springbok praying mantis looking for a hook up doesn't have to worry about a female stealing his heart away.

There is, however, a very good chance she'll bite his head off, and he knows it.

Indeed, 60 percent of sexual encounters between Springboks -- one of nearly 2,000 mantis species across the globe -- end in males being eaten as snack.

"Males play Russian roulette whenever they encounter cannibalistic females," explained Nathan Burke, an entomologist at the University of Auckland and an expert on mantis mating rituals.

All male mantises show extreme caution when approaching a prospective partner. Hard to blame them.

But whereas most will sneak up from behind or distract the female with a tasty morsel, the Springbok has an entirely different -- and previously unreported -- strategy for staying alive, according to findings published Wednesday in Biology Letters.

"Under threat of cannibalistic attack, males try to subdue females by pinning them down in violent struggles," said Burke, co-author with colleague Gregory Holwell of the study.

Males who win the lovers' tussle are far more likely to succeed in consummating the relationship, "which suggests that wrestling is both a mating tactic and a survival tactic," he added.

The key to victory, according to gladiatorial experiments with 52 pairs of mantises, was striking first.

If the male was quicker to the draw and grabbed the female with its serrated raptorial forelegs, he stood a 78 percent chance of escaping unscathed.

And when, in addition, the male inflicted a serious but non-fatal wound to the abdomen, he kept his head every time.

"I was very surprised to discover that males injure females while trying to subdue them for mating," said Burke. "Nothing like that has ever been observed in mantises before."

If the female grasped first, however, males were always killed and devoured.

Overall, males came out top more than half the time in these jousts, which lasted 13 seconds on average.

Winning the match did not automatically lead to mating -- coupling followed only two-thirds of the time, and even then the male wound up in the female's stomach half the time.

The bright green Springbok mantis, aka Miomantis caffra, is native to southern Africa, but has spread to New Zealand, southern Europe and California, probably through the pet trade. 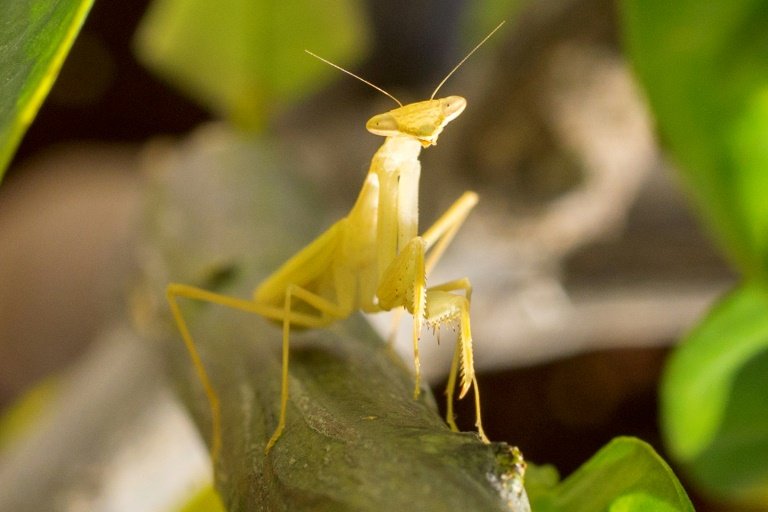 Sexual cannibalism -- when the female of a species consumes the male during or after mating -- is also known among spiders, such as the black widow, and scorpions / © AFP/File

The nutrients gained when a female praying mantis eats her suitor benefit her offspring as they grow.

Sexual cannibalism -- when the female of a species consumes the male during or after mating -- is also known among spiders, such as the black widow, and scorpions.

Typically smaller males do what they can to avoid getting gobbled up, including playing dead.

But female Springbok mantises have another trick up their spiky sleeve: the ability to reproduce asexually, or without any help from males.

"They can produce clones of themselves if they don't mate," said Burke.

Having this Plan B fallback raises an interesting question: if females are so good at cannibalising males and can reproduce without sex, how do males continue to exist?

"That's what motivated me to look so closely at male mating tactics," Burke said.

Sexual conflict theory, he explained, tells us that males in this situation should evolve couter-measures to help them mate and stay relevant.

And sure enough, that is what the researchers found.

"It's a fascinating example of how sexual conflict can lead to the evolution of mating tactics that help one sex but hinder the other."