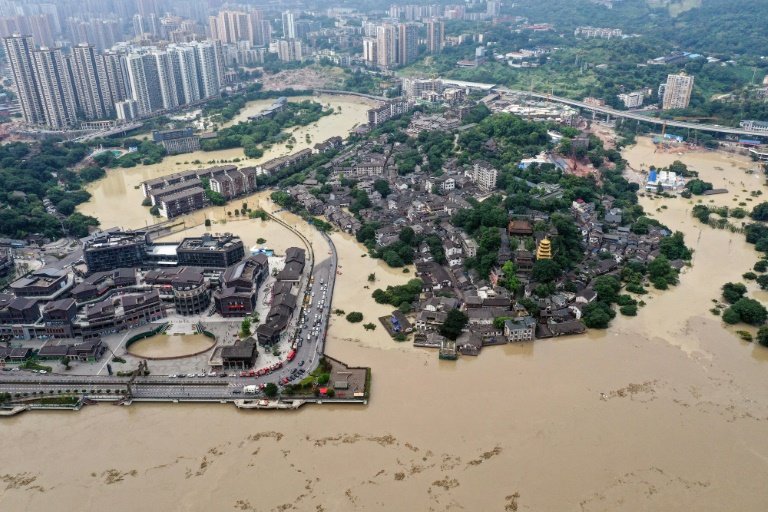 Beijing has touted its massive dam network as a remedy for its devastating annual floods, but deluges in recent years have killed hundreds of people and submerged thousands of homes.

Here are five questions about why China still endures severe flooding every year.

China has historically relied on dams, levees and reservoirs to control the flow of water.

But the country's vast water management schemes are unable to contain all the flooding while there are questions about the endurance of dams built decades ago. 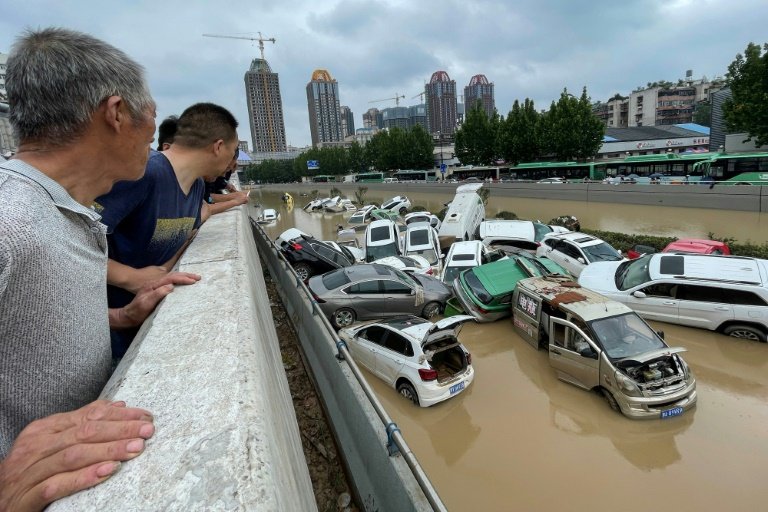 Beijing has touted its massive dam network as a remedy for its devastating annual floods, but deluges in recent years have killed hundreds of people / © AFP

On Tuesday night, the army warned a damaged dam in Henan province "could collapse at any time" after a record downpour. Troops blasted an opening in the dam to release water and raced to reinforce other embankments with sandbags across the province.

Last year, authorities in eastern Anhui province were forced to blow up two dams to release water from the rising Chuhe river over cropland.

And fears re-emerge periodically over the structural integrity of the Three Gorges Dam on the upper Yangtze, the world's largest hydroelectric dam, built in an area criss-crossed by geological faultlines.

- What impact is climate change having? - 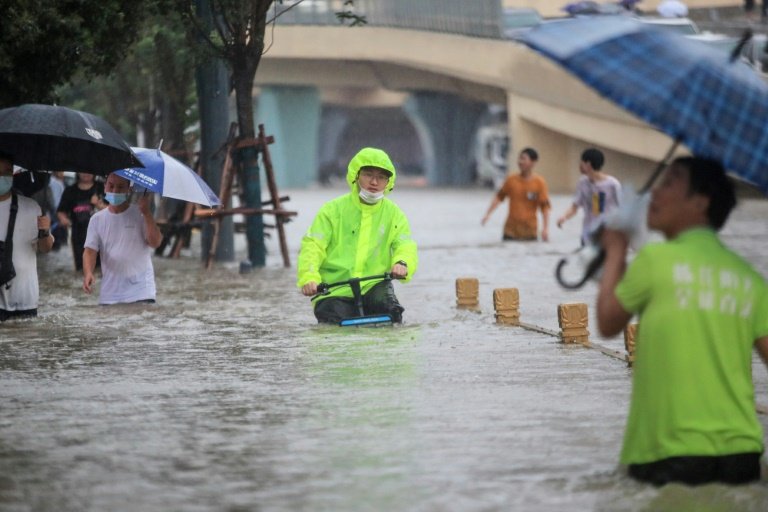 Water levels reached historic highs in 53 rivers during China's summer last year, according to China's ministry of water resources, as authorities warned the Three Gorges Dam is facing the largest flood peak since it began operating in 2003.

Meanwhile Zhengzhou, at the centre of this week's torrential downpours, saw an average year's worth of rain in just three days, officials said.

Li Shuo, a climate analyst for Greenpeace East Asia, told AFP that the floods "ring an alarm bell for China that climate change is here."

Urban sprawl has covered more and more land in impermeable concrete -- increasing the risk of rapid water buildup on the surface during heavy rain with nowhere to drain into.

Horton also said that some of the country's big lakes have been drastically reduced in size.

One of the government's solutions has been a "sponge city" programme which began in 2014. 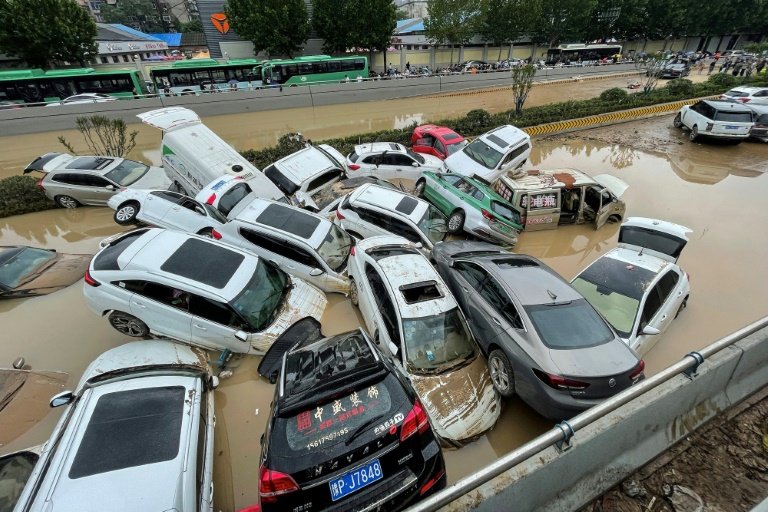 "The objective is that stormwater goes into drains or the green areas, and affects the built areas less," Cecilia Tortajada, a researcher of water policy at the National University of Singapore, told AFP.

- Who suffers most from flooding? -

But sponge cities will be little consolation for rural communities in the path of diverted water, which have suffered severe damage to their homes and crops. 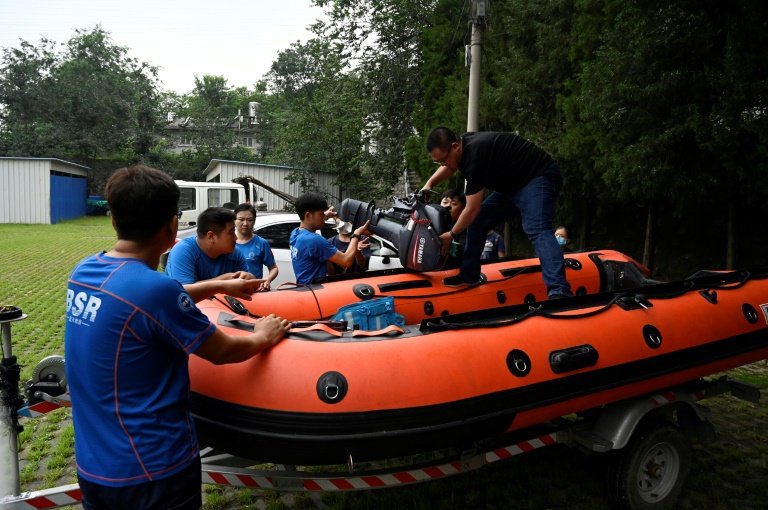 "While urban dwellers in China's megacities are largely spared from the rising water, much of the country's hinterlands along the Yangtze River were put on the frontline," Li said.

In recent days, rainwater has damaged some 20,000 hectares of crops in rural areas around Zhengzhou, said Xinhua, with a direct economic cost of more than $11 million.

China is also turning to increased flood surveillance and early evacuation to mitigate the human cost of flooding.

In addition to conventional weather monitoring technology, Anqing city in China's Anhui province is using virtual reality goggles linked to river-monitoring cameras that use 5G internet to transmit images to inspectors, according to Xinhua. 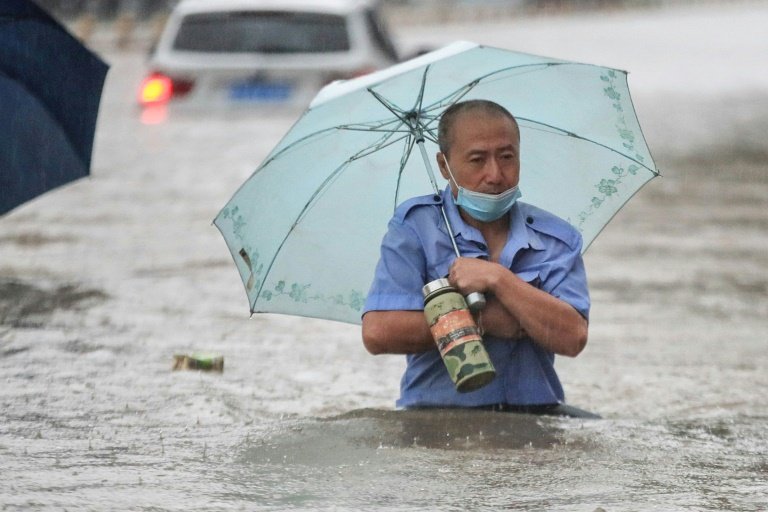 Zhengzhou, at the centre of this week's torrential downpours, saw an average year's worth of rain in just three days / © AFP

Last year, the ministry of emergency said the number of people dead or missing as a result of summer flooding between June and August fell to 219 -- less than half the average figure each year in the past five years.

"While countries are getting better prepared, the world as a whole is not prepared," she told AFP.