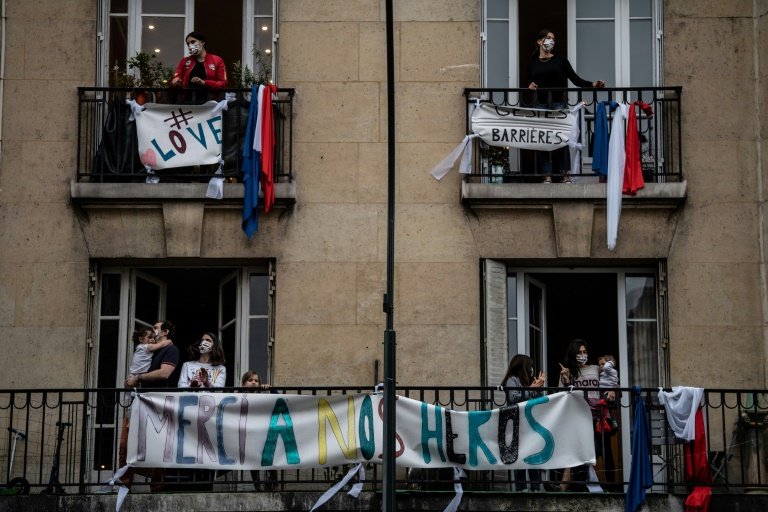 Lockdowns prevented around 3.1 million deaths in 11 European countries, according to a new modelling study published Monday, as most nations tiptoe out of the strict measures to halt the spread of the new coronavirus.

Lockdowns prevented around 3.1 million deaths in 11 European countries, according to a new modelling study published Monday, as most nations tiptoe out of the strict measures to halt the spread of the new coronavirus.

Research by Imperial College London, whose scientists are advising the British government on the virus, found that restrictions such as stay-at-home orders had worked to bring the epidemic under control.

Using European Centre of Disease Control data on deaths in 11 nations in the period up to May 4, they compared the number of observed deaths in the countries against those predicted by their model if no restrictions had been imposed.

They estimated that approximately 3.1 million deaths had been averted by the policies.

Researchers also calculated that the interventions had caused the reproduction number -- how many people someone with the virus infects -- to drop by an average of 82 percent, to below 1.0.

"Our results show that major non-pharmaceutical interventions, and lockdown in particular, have had a large effect on reducing transmission," the authors said in the study, published in Nature Research.

"Continued intervention should be considered to keep transmission of SARS-CoV-2 under control."

The researchers estimated that cumulatively between 12 and 15 million people had been infected in the period -- or between 3.2 and four percent of the population of the 11 nations.

This fluctuated significantly between countries, with only 710,000 people in Germany thought to have caught the virus, or 0.85 percent of the population.

That compares with Belgium, with the highest infection rate of the countries at eight percent, and Spain, where some 5.5 percent of the population, or 2.6 million people, were estimated to have been infected.

The authors said that since interventions such as restrictions on public events and school closures were imposed in quick succession, it is difficult to tease out the effect of each one separately.

But they found that lockdown measures taken as a whole did have an identifiable and "substantial" effect, reducing transmission by an estimated 81 percent. 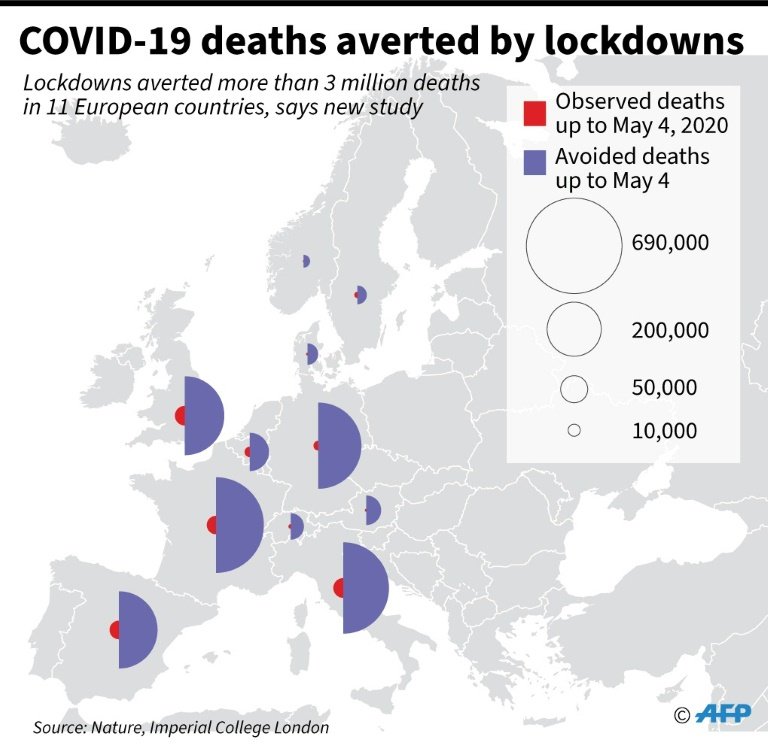 COVID-19 deaths avoided due to lockdowns in Europe / © AFP

The authors acknowledged that one limitation of their model was that it assumes each measure had the same effect on all countries, whereas in reality "there was variation in how effective lockdown was in different countries".

Researchers used data on daily infection rates and the timings of hundreds of localised interventions up until April 6. They then compared infection growth rates before and after those policies were implemented.

By comparing this to a scenario in which no policies had been put in place, they estimated that the interventions may have prevented or delayed around 62 million confirmed cases of COVID-19 across the six countries.

They said this corresponded to averting around 530 million total infections.