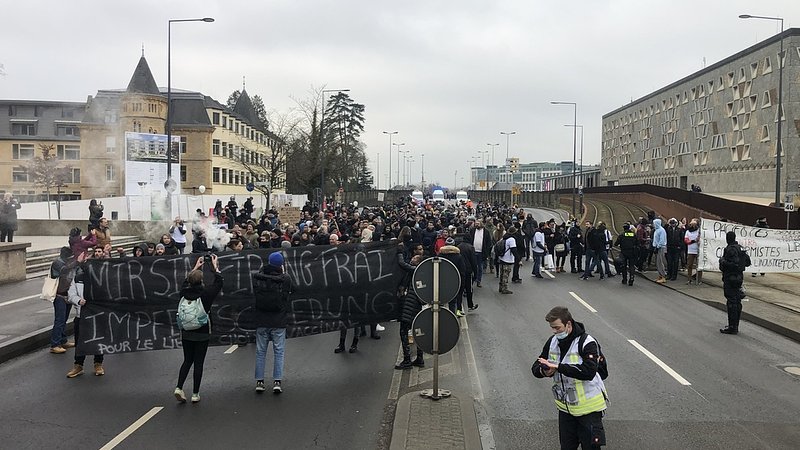 Protestors are once again gathering in the capital on Saturday to demonstrate against Covid-19 measures.

Between 200 to 300 people have gathered on Glacis. The protestors began their march at around 3pm and are making their way towards Place de l'Europe. According to information shared by the police on Twitter, there is also a second gathering on Glacis.

Boulevard Schuman has been closed off to traffic. The police are on site and monitoring the situation.

Following the events of last Saturday, during which a few hundred protestors found themselves surrounded by police between the central railway station and Place de Paris for several hours, the organisers decided to formally declare the next protest in advance to the municipality and the police.

Mayor of Luxembourg City Lydie Polfer stated that the organisers were informed that the protest had to stay within the designated zone between Kirchberg and Glacis.

In an official statement, the organisers called on participants to respect this rule and march from Glacis to Place de l'Europe at 2pm on Saturday.