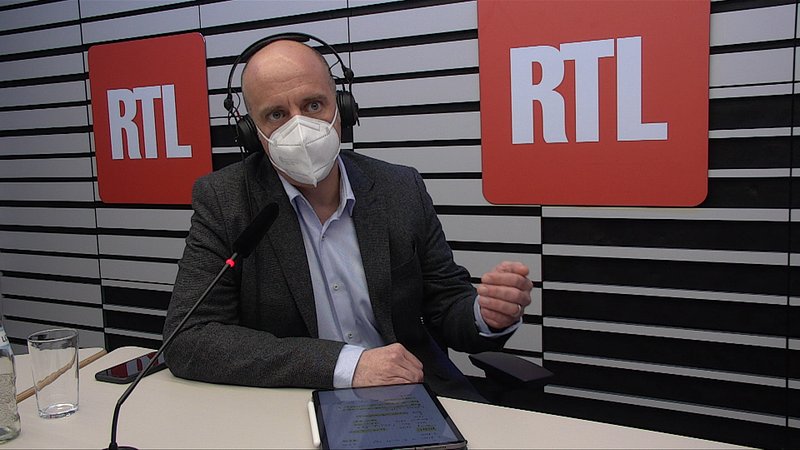 On Friday morning, the researcher, microbiologist, and member of the Covid-19 taskforce was a guest on RTL Radio.

Yes to the introduction of a vaccine mandate, but it should be targeted, sectoral, or age-specific rather than universal.

According to Professor Paul Wilmes, one of the five experts tasked by the government to provide a scientific and medical opinion on the issue of a vaccine mandate, this appears to be the conclusion that the ad hoc group will present to the State Council on Friday.

Professor Wilmes explained that a universal vaccine mandate would be "too broad at this stage", and a targeted approach would be preferable. The researcher also stressed that if politicians decide to introduce a vaccine mandate, they must have a clear strategy on how to actually implement it. Following a similar announcement in Italy, the vaccination rate merely increased by 4-5%, Professor Wilmes pointed out.

In addition, a vaccine mandate will have "no effect" on the current Omicron wave but would instead be part of a long-term strategy, according to the microbiologist. Against Omicron, the best defences are booster shots and reducing social contacts, Professor Wilmes stated.

According to the member of the Covid-19 taskforce, the authorities should start preparing to gradually lift the measures. No matter what happens, "we have to learn to live with this virus at some point", with Professor Wilmes stressing once again that "it will not go away". However, for the measures to be lifted, society must reach a stage where the virus is no longer overwhelming the health services.

Regarding the Omicron wave, the latest calculations project 2,000-3,000 cases per day by early-February. The actual number including unrecorded cases is and will probably be "significantly higher", according to Professor Wilmes.

The microbiologist stated that Luxembourg fortunately did not see the same doubling times that were observed in Denmark or the United Kingdom. One possible explanation for this could be that Luxembourg has stricter regulations in place, mainly regarding face masks. Nevertheless, the expert reiterated that the peak of the current wave has not been reached yet.

Professor Wilmes pointed out that this peak could be reached sooner, and numerous infections could still be prevented, if everyone reduced their social contacts "as much as possible" right now. Regarding hospitalisations, the researcher argued that it should be kept in mind that there is always a delay of two to three weeks between daily infection numbers and their effect on the occupancy rate in hospitals.

When asked whether the authorities are consciously accepting a certain level of infection, notably in the education sector, Professor Wilmes stressed that it should be kept in mind that every infection runs the risk of triggering Long Covid, which in turn could become a serious long-term problem in the future.