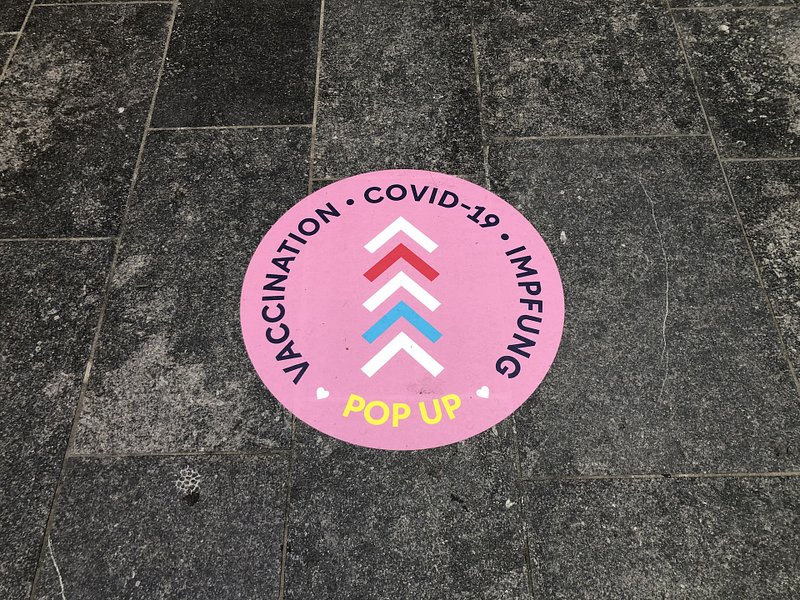 The government has decided to release the document which will serve as the basis for the debate that will take place in the Chamber of Deputies on Wednesday.

The Covid-19 pandemic has been going on for two years and has just broken the record for the number of infections in 24 hours (2,312 on Wednesday 12 January). Should Luxembourg therefore introduce a vaccine mandate? On Tuesday, Prime Minister Xavier Bettel described this decision as "one of the most difficult" he will have to take in eight years.

In order to allow MPs to prepare their own arguments, without neglecting any crucial aspects, the government published on Thursday the questionnaire announced by the Prime Minister. It is accessible to all and includes the catalogue of policy questions that will be used on Wednesday 19 January for the consultative debate planned in the Chamber of Deputies. The aim is to debate whether to introduce a sectoral or universal vaccine mandate against Covid-19.

The scientific opinion of the ad hoc group of five infectious disease experts will be submitted to the State Council on Friday. According to the questionnaire, it "should be available for the consultation debate".

The document starts by underlining the "alarming" situation in which Luxembourg finds itself today. The pandemic has caused "at present more than 900 deaths". 931 as of Thursday evening to be exact. The document stresses that there is a "recurrent risk of seeing intensive care units and operating theatres blocked because of patients who are mostly unvaccinated".

It also mentions the "risk of physical and moral exhaustion" of healthcare workers, as well as "fatigue and socio-emotional exhaustion within society". Not to mention an economic situation that "remains precarious for entire sectors".

The government is asking MPs a multitude of questions about the future practical implementation of a vaccine mandate "if" its introduction proves justified in Luxembourg.

On two pages, the questions relate to the scope of application of this mass vaccination, the sanctions, and the implementation procedure. Here are some very concrete questions that MPs will have to decide on:

The document also provides the latest official figures from the General Inspectorate of Social Security (IGSS). Currently 71% of Luxembourg's entire population has been vaccinated at least once against Covid-19. The vaccination rate is 80.8% for the over-18s (422,650 people). In addition, 8.6% of non-vaccinated adults have recovered from a Covid-19 infection.

Luxembourg is thus below the European average. Only 12 other member states are worse off, mainly in Eastern Europe, where vaccination scepticism is known to be high.

36.9% of all residents have already received their booster shot (238,094 people). This corresponds to 45.5% of the over 18s. As far as the booster is concerned, Luxembourg ranks ninth in the European Union. Similar to vaccination in general, the rate for boosters increases with age.

According to data by the IGSS and the National Health Directorate, it is also very clear that non-vaccinated people have a far greater risk of hospitalisation due to Covid-19 compared to those who have been vaccinated.

A list provided by the IGSS gives insight into the rate of unvaccinated people in different occupational fields. The rates vary between 9% at the low-end and 18% at the highest.

The document also describes the legal framework of a vaccine mandate, which raises the question of the state's responsibility in the event of consequences following vaccination.

A table summarises the position of other European countries on the issue and details the implementation of mandatory sectoral vaccination. Only one country, Austria, will introduce a universal vaccine mandate (from age 14) from 1 February. Italy will impose it from 15 February on those over 50.