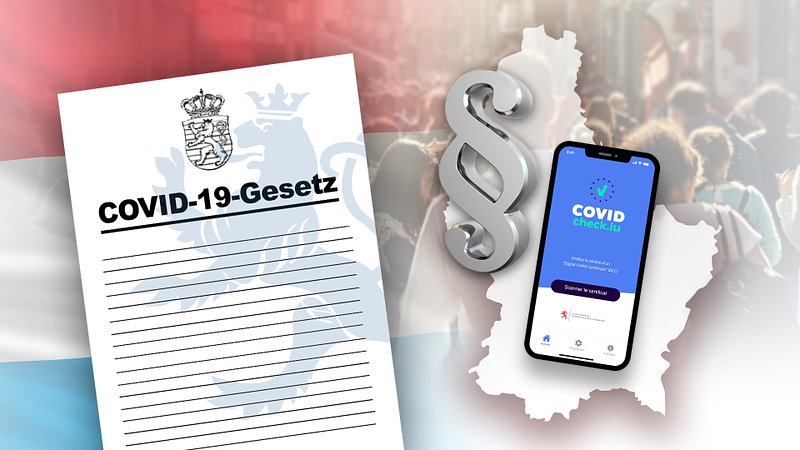 Opposition parties have expressed frustration with the government's decision to announce new measures just days after the Chamber of Deputies voted on the latest Covid-19 law.

There is no doubt that the measures are necessary, MP Claude Wiseler from the Christian Social People's Party (CSV) stated. However, the party does not understand why these measures have not been prepared ahead of time, seeing as none of the information about the Omicron variant is new, according to Wiseler.

The CSV MP thinks that there is a risk that the government's short-term decision will lead to "bad legislative work". At the same time, Wiseler added, affected businesses and individuals now only have a very limited time frame to adjust to the new rules.

MP Nathalie Oberweis from the Left Party (Déi Lénk) argued similarly, stating that during the vote on the last Covid-19 law, it was already clear that the Omicron variant is significantly more contagious. Oberweis criticises that big events and gatherings could have already been cancelled a week prior.

In addition, the MP considers the 11pm curfew for the hospitality sector "out of place", arguing that since the sector is already subject to very strict measures, it does not make much of a difference whether customers stay until 11pm or 1am.

Pirate Party MP Sven Clement also questioned the purpose of this particular measure. In addition, he demanded that organisers of big events, such as student associations, should receive compensations for their losses.

Meanwhile, the Alternative Democratic Reform Party (adr) has the impression that the government is increasingly relying on "line-of-sight navigation". MP Fernand Kartheiser regrets that over the past week "a lot of work" has been put into a law which is now already being adapted. Kartheiser also criticised that the time frame is too short to ensure that the Chamber of Deputies and the Council of State can do their work properly.

The adr remains of the opinion that, in general, testing capacities should be significantly increased with a particular focus on free tests.

In addition, the adr sees the hospitality sector as one of the main victims. Kartheiser pointed out that on New Year's Eve, people usually celebrate until midnight, which will probably lead to a lot of customers cancelling their reservations for that day because of the 11pm curfew. According to the MP, it would not have made any difference to have either allowed restaurants to stay open until midnight, or announced an exception for NYE.