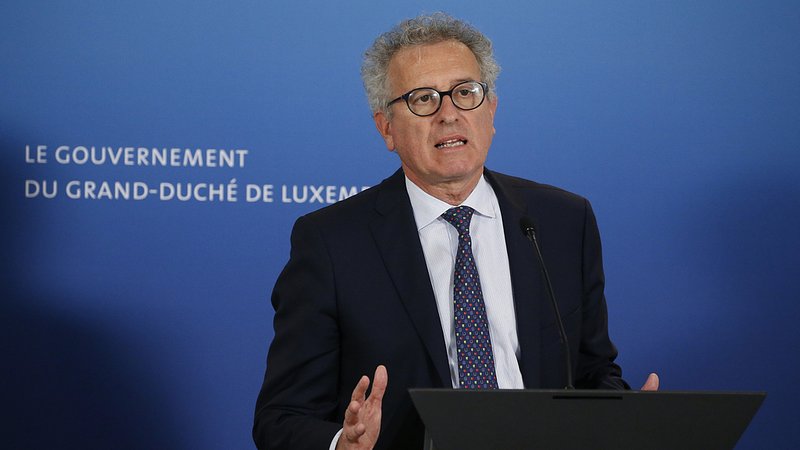 The appearance marked the 10th and final budget speech by Minister of Finance Pierre Gramegna from the Democratic Party (DP).

"Luxembourg is a socially equitable society and a gem on the planet, take good care of our country": This was the last piece of advice Gramegna shared with the MPs in the Chamber of Deputies on Wednesday.

The Minister's budget speech was overwhelmingly positive. He announced that his vision of "a blue sky" over the public finances where "the dark clouds" are slowly disappearing is holding up. Gramegna pointed out that when the government first came into power in 2013, the sustainability of the country's public finances was no longer guaranteed. Measures such as the 'future pact' made it possible to fulfil the promises of the stability and growth pact once again in 2021, Gramegna explained. In 2013, Luxembourg was also harshly criticised by the OECD Global Forum. For this reason, the Minister stated, the government had to change regulations to improve the country's image in the world. Luxembourg was on the black list for two years.

While Luxembourg managed to get off this list "in record time" compared to other countries, Gramegna stressed that if there is one message he wants to make very clear to MPs, it is that the Grand Duchy should do everything it can to never be put on another black list again.

Speaking about the taxation of major companies, Gramegna described the new minimum effective rate of 15% as "more equitable". The government supports this initiative, even if it somewhat lessens the attractiveness of the country, the Minister acknowledged. However, Luxembourg's financial centre is in a better place today compared to the past, he added.

Due to the pandemic, the state had to shoulder "extremely high extraordinary expenses" in the last two years, Gramegna stated.

In total, the government has spent €390 million on health measures since the start of the pandemic, the Minister revealed. Regarding vaccines, Luxembourg bought "as many vaccines as we could find", spending around €13 million on so far 1.27 million doses. In addition, subsidies were made available to prevent "various companies" from going bankrupt.

These subsidies included partial unemployment, which is being paid out since last year and has cost the state €810 million so far. The direct aids for companies put in place during the first months of the pandemic cost €105 million, while the Relaunch and Solidarity Fund required expenses of €260 million.

In general, Luxembourg has weathered the crisis well, Gramegna stated, pointing out that the Grand Duchy was one of the first countries to get out of the crisis. The Minister stressed that in 2020, Luxembourg's GDP only decreased by 1.8%, while the European average at the time was 6.5%.

The National Institute of Statistics and Economic Studies (STATEC) projects a growth rate of 7% for 2021, while the state expects its revenues to be 10% above what was estimated in the 2021 budget until the end of the year. However, this does not change the fact that the central state records a deficit of over €1 billion for both 2021 and 2022, Gramegna acknowledged.

The Minister stated that in order to continuously counteract global changes, high qualitative investments are required in addition to structural reforms. In 2014, these investments accounted for 3.4% of Luxembourg's GDP, a rate which has increased to 4.5% today.

The portfolios of investment funds must also become more sustainable in order to transform the financial sector, Gramegna explained. According to the Minister, it is up to the banks to set their own priorities "to slowly get to a point zero", which in turn would then allow a transition to take place.