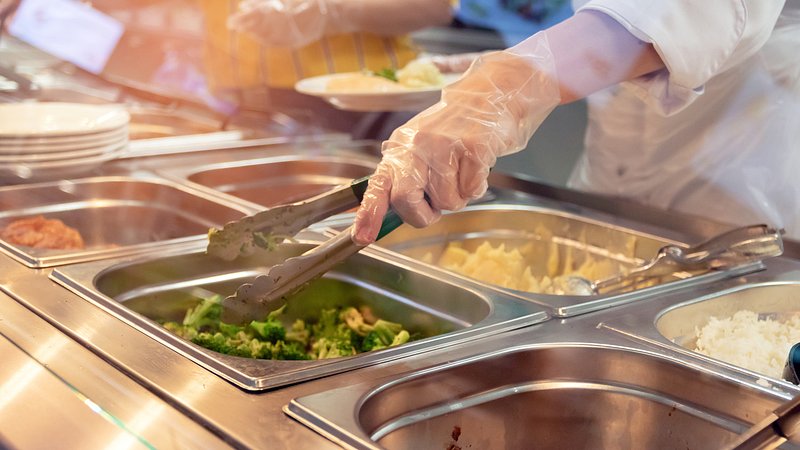 Do work canteens count as restaurants or part of the workplace? Officially, it remains unclear as to whether they should implement the 2G or 3G system.

Representatives from the sector argue in favour of the 3G model, where a negative test would suffice to allow customers to make use of the facilities, but the Horesca federation views it differently.

Julien Demoulin, director of Sodexo and president of Fedil Catering, explains the situation thus: "We have followed the same rules as Horesca since 1 November, with our restaurants observing the 3G rules. This is despite the fact that, unlike Horesca establishments, we are not open to the general public. As our restaurants are linked to the workplace rather than the leisure industry, we hope that work canteens will continue to fall under the 3G category, as we serve professionals only."

The Horesca federation disagrees with Demoulin's view, according to Horesca president Alain Rix. He maintains the situation should apply to all places serving food, and does not see why canteens should be treated differently.

"2G should be applied to all establishments serving food to customers without masks, end of story. This should cover canteens, hospitals, retirement homes and schools. It should be the same across the board."

Rix added that the 3G system made it more difficult to perform checks. However, he also queried the logistics behind identity checks, which will now be required as part of more stringent rules, saying "I don't know how we will manage this. If the QR code system was accompanied by a photo, it would make things a lot easier. This is going to make a lot more work for restaurateurs. I understand the need for the restrictions but it feels like we are being targeted."

The Covid crisis has been a particularly difficult time for the hospitality sector. Following Monday's government announcements, the sector was hit by a number of cancellations, including festive parties and weddings. Rix adds "Things had started to pick up in the hotel industry but now it's dropped right back down again. We are being used as a tool to pressure people into getting vaccinated, I don't think it's right."

The Horesca federation sees two clear challenges ahead, according to Rix. Firstly, the government financial aid must continue for the sector, and secondly, there cannot be another lockdown.

"If we have to close for a lockdown, we'll stay closed forever", Rix told RTL. "Now we have to learn to live with this mess."