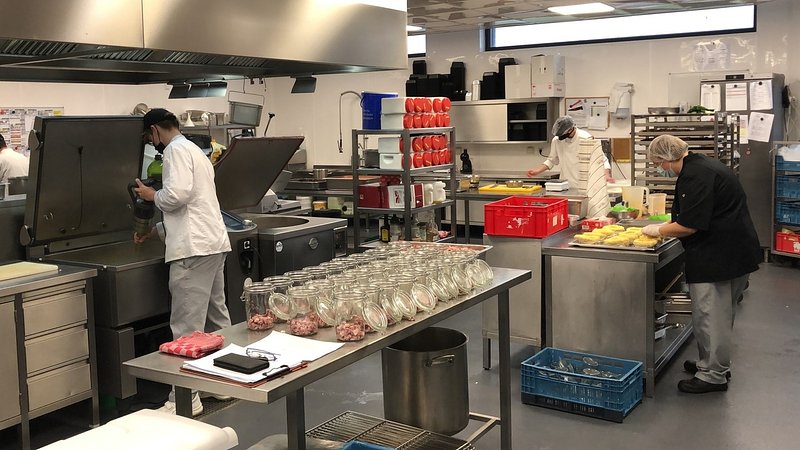 High infection numbers, customers' uncertainty and the new Covid measures are affecting the Christmas trade of caterers, with many cancelled orders.

"It's starting to get difficult again", says Guy Kirsch, who runs a butcher and catering business. After last year, where no big events were held, they had put their hopes in this year's Christmas season, which provides a majority of revenue for most catering businesses, explains Guy Kirsch. People's uncertainty was already palpable over the last few weeks. A number of office and Christmas parties were cancelled, which meant his order was gone, too.

The announcement of the new Covid measures on Monday evening was immediately followed by four more cancellations for Guy Kirsch on Tuesday morning. And he is not the only one affected. The president of the FEDIL Catering talks of many order cancellations coming in, because the events themselves are cancelled.

All the same, the FEDIL feels positively about the measures. "There isn't a new lockdown so we don't have to close", says Julien Demoulin, president of the FEDIL Catering. But things are still pretty grim on the field. Guy Kirsch has had to reduce his team by 15 percent since the beginning of the pandemic. If things don't improve, he will have to lay off even more people.

The concert venue "den Atelier" will be very strict about doing the CovidCheck and identity verification, even if this is a major logistical expenditure, explains director Michel Welter.

So far, they've had no infections despite a number of big concerts. The problem is international acts who cancel their tours due to stricter Covid measures in other countries, including their show at den Atelier.