Search
Winterlights On Ice Luxembourg
© Lucien Koneczny
The photos published on this site are subject to copyright and may not be copied, modified, or sold without the prior permission of the owner of the site in question.

On Tuesday, Mayor of Luxembourg City Lydie Polfer stressed the public's enthusiasm for the 'Winterlights' Christmas market during a press conference. She also announced the opening of a second screening centre in the capital. 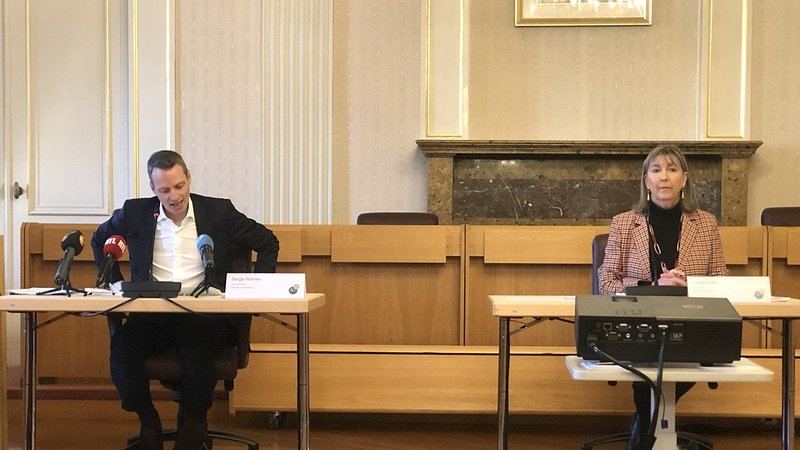 The screening centre at the same address is also very busy. 37,600 rapid antigen tests have already been carried out there since it opened in May. Initially free of charge, the tests have been changed to €5 since 1 November to people presenting a voucher issued by the municipality. The fact that the tests are now €5 has not changed the number of people attending the centre, Polfer explained. She also announced that a second testing centre would be opening in the centre of the capital in the next few days.

The Luxembourg City Christmas Market opened its doors on Friday. The event, which takes place under the CovidCheck regime, is already a success, with an average of 39,000 visitors per day this weekend on its four sites. A peak was reached on Saturday with 52,000 visitors who came to enjoy the Christmas atmosphere. In order to avoid long queues at the various CovidCheck checkpoints, a station will be set up on Place Guillaume II, where visitors will be able to validate their certificate and receive a bracelet that will allow them access to the various sites. Whether on Place de la Constitution, Place d'Armes, Place de Paris or at the 'Kinnekswiss' in the municipal park, each site will now have two entrances, one for visitors with a bracelet and another for those who have not yet validated their CovidCheck.

On Tuesday, city officials also announced that starting in December and due to high demand, the Luxembourg City Tourist Office (LCTO) will organise guided tours of the new stadium, which will host its first rugby match on Saturday.

In addition, a series of events are planned over the next two weeks in the capital as part of 'Orange Week', which aims to raise awareness of violence against women. A human chain will be organised on Thursday in front of the city hall and several buildings will be illuminated in orange during this period.

The City of Luxembourg has also launched a call for applications for a new pop-up shop that will open in rue des Capucins.