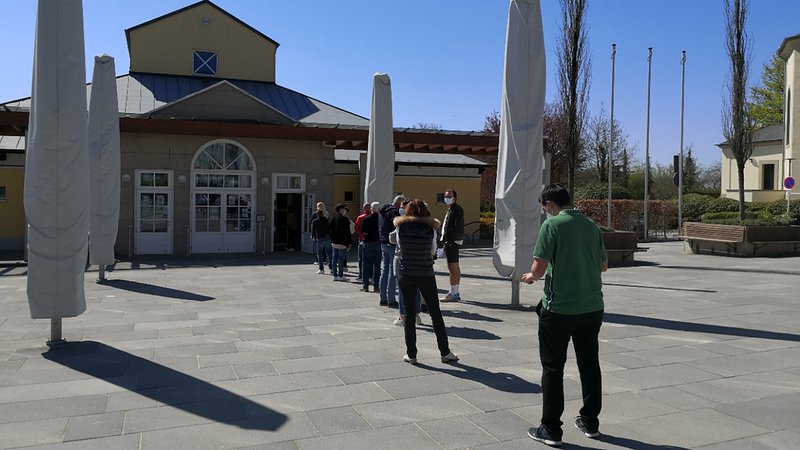 On Sunday, Sandweiler residents were able to participate in a local referendum to decide whether or not their town hall should be replaced by a new building at the same site.

Apart from this central issue, people were also able to vote on the preservation of a playground and green zone between Rue d'Itzig and the local culture centre, as well as the location of Sandweiler's administrative services.

Close to three quarters of referendum participants voted against the replacement of the town hall. Since the vote is considered to be of consulting nature, it is not yet clear what the results will mean for the project. The Sandweiler municipal council has already issued a statement to note that no decision was been taken on Sunday, and that council members will discuss the matter over the course of the week.

Overview of questions and results 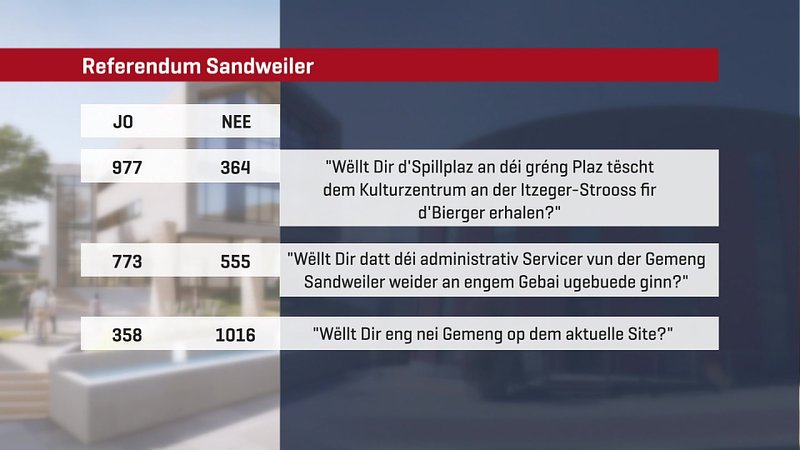 "Do you want to maintain the playground and green zone between the culture centre and Rue d'Itzig?"

"Do you want the municipality to continue providing administrative services in a building?"

"Do you want a new town hall at the current site?"