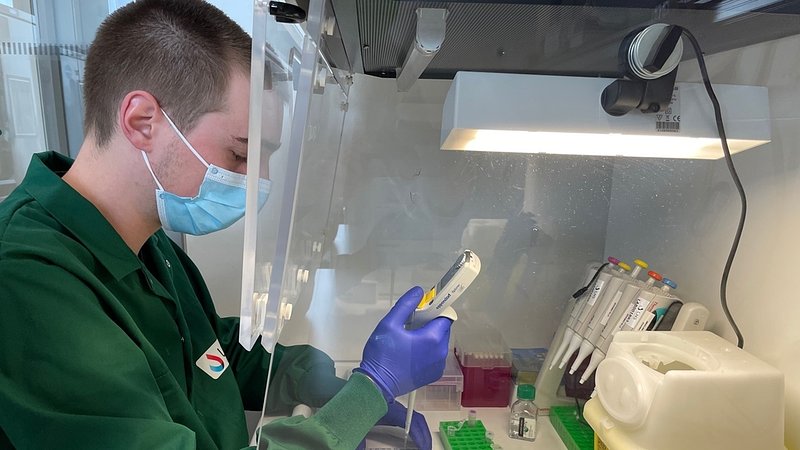 Sars-CoV-2 conspiracy theories are not only prevalent online: they have also found their way into Luxembourg mailboxes in recent days.

The pandemic is fertile ground for conspiracy theories, and Luxembourg has not been spared. Flyers spreading "alternative Corona facts" have been distributed around the country over the last few days.

Questioning the existence of the virus, among other things, the fliers have led some upset readers to contact our colleagues at RTL.lu.

Nadine Petit couldn't believe her eyes when she found the flyer in her mailbox last week. In summary, it claims the Covid-19 virus does not exist, there is no pandemic and consequently, that nobody has died of the disease.

While they could have just ignored and discarded the letter, both Nadine Petit and her partner Carlo Goetz found this hard to do. Carlo's mother was one of the first in the country to catch the virus and die of it.

Claiming the virus doesn't exist is a slap in the face of everyone who has lost a loved one to this insidious disease, he says.

This led Nadine to contact not only the police, but also RTL. It is important to her that the public confront the issue, as she worries there will be people who believe what the flyer says. And this can have dire consequences.

What is behind the flyer's main claims?

A few months ago, not many people had heard of PCR tests, even though this method has been in use in diagnostics since the 1990s. One widespread claim is that the method was not developed for diagnostic purposes.

That's true, says microbiologist Dr. Bernard Weber. But it was quickly discovered that the new test was able to detect viruses at much lower concentrations than was previously possible.

Just under 590,000 residents have been tested at least once for Sars-CoV-2 using a PCR test, with a total of 2.18 million tests performed.

Professor Dr. Bernard Weber from Laboratoires Réunis can't understand how there can still be people doubting the existence of the virus, when it is so easy to verify it in people with or without symptoms, to grow it artificially, and to prove the virulence of the virus.

Even the genotype, the constituent parts of Sars-Cov-2, can be detected. This has been done for months now at the national laboratory LNS, where samples of positive PCR tests are genetically analysed. This is a preliminary step to sequencing, explains Jessica Zapp, which can establish the quantity of the virus in a given sample.

600 Sars-CoV-2 samples are sequenced every week in a special machine at the lab. This allows bioinformaticians to identify the virus variants present in each sample.

But there is also indirect evidence of Sars-Cov-2, as professor Friedrich Mühlschlegel, director of the LNS, explains. This involves detecting the immune response and the creation of antibodies as proof of the existence of the virus.

The use of masks is also regularly questioned. According to the letter, they don't filter viruses, and it even says so on the packaging, so why bother wearing them?

Is there anything behind these claims? Firstly, a lot of mask packaging actually says no such thing.

To answer the second question, of whether masks effectively filter the virus, we went to see the only mask manufacturer on Luxembourgish soil and received an unexpected answer from Michel Schütz, administrative director at HRS.

A surgical mask cannot filter viruses, he says. The European masks are built according to the European standard 14.683 which clearly states that it must filter particles above 500 nanometres. The virus itself is much smaller than that.

And yet masks do protect us from SarS-Cov-2, says Michel Schütz, because the virus is not itself airborne, but needs a vehicle, such as droplets or aerosols, to propagate. A good surgical mask does filter aerosols, and therefore offers protection against the virus – provided it is worn correctly and replaced after a maximum of four hours.

The distributed flyer thus contains only half-truths and misinformation.

Freedom of expression is not a valid argument for Nadine Petit in this case. There is a big difference between saying something in conversation and spreading lies by distributing these flyers to households across the country, she says.