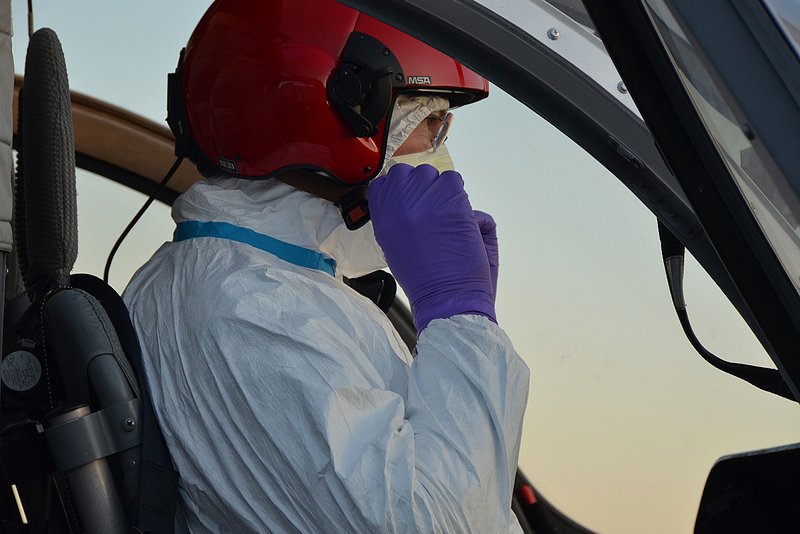 During the first wave Luxembourg Air Rescue transferred 11 patients from the Grand Est to Luxembourg, but also other hospitals, totalling 50 flights. The organisation has been awarded the Prix De Gaulle-Adenauer 2020.

Awarded to individuals or institutions that have made an exceptional contribution to the strengthening of Franco-German friendship, the De Gaulle-Adenauer Prize (which comes with 10,000 euros) was presented on Tuesday jointly to Luxembourg Air Rescue (LAR) and its German colleagues of the DRF Luftrettung.

"This prize is awarded not only to LAR as an organisation, but above all to the staff of LAR who, in times of pandemic, stand ready to intervene day and night to save lives, in Luxembourg, in the Greater Region and around the world," said René Closter, CEO and president of the association.

During the first wave of Covid-19, in March-April, LAR ensured the transfer to Luxembourg of 11 bedridden patients in the overcrowded intensive care units of the Grand-Est. In total, the association's helicopters and medical planes carried out 50 transports of highly infectious French patients to hospitals in Dresden, Bremen, Hamburg, but also within France from Metz to Nîmes, for example.

If health restrictions permit, the prize will be presented to the LAR and DRF Luftrettung during the first quarter of 2021 at the Ministry of Foreign Affairs in Paris.