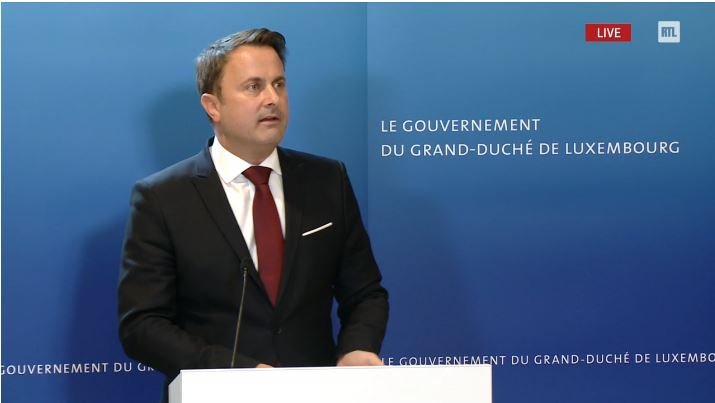 The prime minister and the minister of health held a joint press conference on Saturday evening, the major announcement of the night being that no further measures will be imposed at this moment.

However, both politicians also made it abundantly clear that citizens must not forget about the severity of the situation and should above all continue to be cautious, limit and monitor their social interactions, as well as respect the measures already in place.

PM Bettel began the briefing by acknowledging the recent spike in new infections, but also elaborated on the administration's complex monitoring system, which also takes the number of hospitalisations and occupied intensive care units into account.

In fact, the current strategy envisions the hospital situation as the most important indicator for further restrictions. Minister of Health Lenert also confirmed this notion when she addressed the press. She noted that from a logistical perspective, there was currently no need to worry, and reassured the public that the authorities are actively monitoring every development as they unfold.

Bettel further noted that analyses had shown no particular sector to be the cause for the recent spike in infections. He therefore reiterated the importance of respecting safety measures in private life, as family gatherings are still responsible for most new cases: "I understand that people are fed up with measures and masks, so am I. But let us not waste all of our efforts, so please, stay vigilant! Like the minister of health stressed, we can do this without further measures!" - said the prime minister.

He also explained that the much stricter measures of Luxembourg, in comparison to other European countries, allowed the administration to refrain from imposing new restrictions at this point. However, he acknowledged that this could change if the hospital situation were to change drastically.

Finally, a few changes were announced on Saturday. A new testing station will be set up at Kirchberg to limit the waiting period for people who have been ordered to get a test. Furthermore, organised assemblages of more than 100 people need to be communicated to, and authorised by the government in advance.