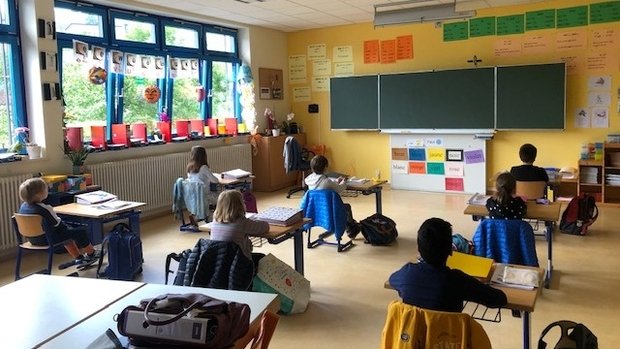 The SNE union has appealed to the relevant political authorities to acknowledge that the virus is spreading through schools, and has urged the Ministry of Education to react.

The union has reacted to figures given by the Directorate of Health, which confirmed that 12% of coronavirus infections last week were traced back to schools. The SNE reiterated the need for physical distancing in schools, describing it as "absolutely necessary". If the number of pupils does not allow for safe distancing, the union said larger classrooms would be required, or a division of classes into smaller groups.

Some schools required ventilation devices for classrooms in which the windows cannot be opened to allow renewed ventilation. The union also suggested equipping rooms with a traffic light system to analyse the amount of CO2 in the air. In addition, schools should begin checking pupils' temperatures and children in childcare structures should not be allowed to mix.

The SNE also criticised the remedial courses offered outside of school hours, which have now been restricted to pupils in cycle 4. The statement issued by the union described these as a mere drop in the ocean, and said they would not provide adequate support to pupils in need of further help. Instead, the union suggested falling back on additional staff to support children during lessons, rather than adding more outside hours to pupils' workloads.