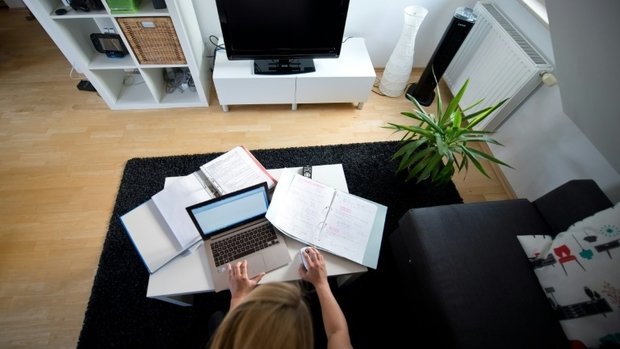 While telework has advantages, it also has drawbacks. In essence, it is a different form of division of labour. Only 50% of employees could even benefit from it, depending on the location and nature of their work.

The involved parties have worked together in the Economic and Social Council (CES) and drawn up an assessment as well as a draft for a new convention. According to the president of the CES, Jean-Jacques Rommes, discussions proved difficult and the topic "highly complex".

The social partners agreed that it should be made easier for employees to request telework, and that one to two days per week would be realistic. While this 'new' form of working would be beneficial to the Grand Duchy's traffic situation, it is up for debate whether it would be good for the environment as people would still use their car, e.g. to go grocery shopping. However, there would be fewer cars on the roads during rush hours.

The economy and especially the Horesca and commerce sectors would experience losses. Employees would receive more personal freedom, but also more responsibilities. According to the report's rapporteur, Christophe Knebeler, there are also risks and dangers. Trust is a key element in order to effectively use telework.

Thus, it depends on the individual perspective whether telework is seen as a change for the better or worse, according to the CES. Due to the current legislation, cross-border workers could be among those who would not be able to benefit from telework to the same extent. This is why the CES once again recommends a harmonisation of fiscal and social security thresholds, i.e. at what point a cross-border worker making use of telework would fall under domestic legislation. The CES points out that such talks would certainly not be easy for Luxembourg and the government, and potentially expensive.

The assessment alongside the proposed draft for a convention has been handed over to the Ministry of Labour and will be discussed alongside the social partners.