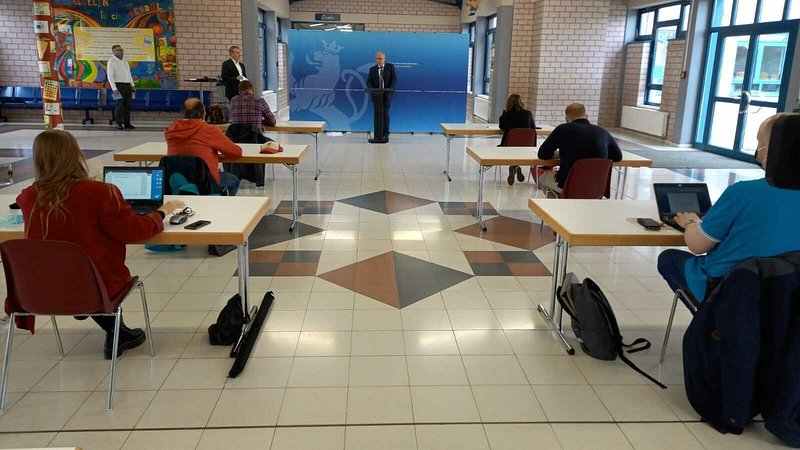 With only two weeks to go until the start of the new school year, Minister of Education Claude Meisch stated that he would announce new details of his Ministry's plan on Friday.

Discussions within the Ministry of Education are still ongoing. During a press conference on Tuesday morning, Minister of Education Claude Meisch stated that slimmed down schedules were not an option and other solutions had to be found. The minister made these statements during a press conference regarding the so-called summer school, i.e. additional tutoring lessons which started on Monday.

Meisch stated that his ministry was in close contact with health authorities. Discussions mainly revolved around specific details and the minister expressed confidence that results could be announced soon. Meisch praised the smooth cooperation between authorities over the summer period, adding that the model in question should cover any possible situation that might occur during the upcoming school year. He went on to say that he is himself currently involved in a number of discussions with teacher's unions, school administrations, parent representatives, and students. These discussions are expected to last at least until Wednesday. Meisch added that due to the importance of the case he intended to receive approval by the state council first before presenting the plan to the public. The next meeting of the state council is scheduled for Friday.

However, the minister did already reveal on Tuesday morning that lessons are to take place as normally as possible, both in primary and secondary schools. The plan which is still being worked on at the moment is mainly supposed to provide a strategy on how to effectively deal with potential cases of coronavirus infections.

The main goal is to work with a "stage plan" in order to more efficiently deal with individual situations, e.g. introducing additional safety measures in schools with an increased presence of the virus.

On Monday, the Ministry of Education already sent a message to teachers, parents, and students, encouraging them to take up the previously sent out invitations for Covid-19 tests.

More details are to be announced on Friday.