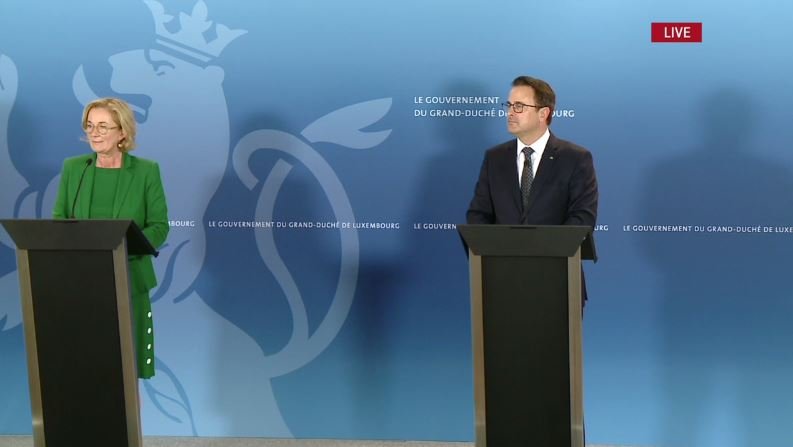 The press conference addressed the recent rise in infections and subsequent Chamber discussions.

5,960 people were tested for the virus over the last week, with 46 testing positive. Two people are currently in intensive care, with 16 others being treated in hospital. There have been no new deaths.

Police have continued to carry out checks, numbering around 440 in recent weeks, while 10 cases have been taken to court for flouting regulations. Bettel issued a plea to the population to exercise solidarity and take responsibility, explaining a large number of recent cases have come from private parties. One party alone yielded 24 people with infections recently, according to tracing data.

Events with over 20 guests will have to observe stricter regulations, limiting the number of people seated at one table to 10, while masks and social distancing are strongly encouraged.

Establishments which fail to comply with regulations can have their licence removed, said the Prime Minister.

The average age of recent patients is just 30, with younger people contracting the virus compared to the start of the outbreak.

Paulette Lenert explained the tracing process was becoming more proactive, identifying potential clusters of the virus and isolating those who had come into contact with patients. The testing capacity will be increased and in the next phase will continue to focus on vulnerable groups, incoming travellers and individual testing groups as part of UCL's Convince study.

191,000 tests have been carried out, with 115,000 of these belonging to the large-scale testing project. Only 24% of all those invited to take the test have participated to date. Both Bettel and Lenert encouraged the public to undergo testing.

Bettel concluded the press conference by expressing neither he nor his fellow ministers wished to live in a society with harsh regulations. He appealed for people to act responsibly with regard to the virus and to continue observing physical distancing and wearing masks in public places.