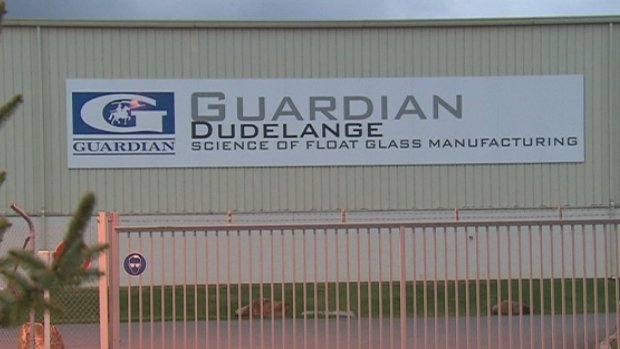 Minister of the Economy Franz Fayot explained in the Chamber of Deputies on Thursday that he had recently been informed of Guardian's decision to close its Dudelange plant.

The American glass company will close the Dudelange plant, as it is quickly becoming obsolete and requires large investments that Guardian is unable to provide.

Managers believe that demand will fall in the coming years due to the coronavirus crisis, according to the minister. Fayot labelled Guardian the 'first industrial victim of the COVID-19 crisis.' Even high-income Luxembourg will not be spared.

What will this mean for the Dudelange plant? Employees face lay-offs, and a social plan will have to be elaborated for those at risk.

The Independent Luxembourg Trade Union Confederation (OGBL) had earlier confirmed on Thursday morning that there were plans to merge the company's locations in Käerjeng and Dudelange.

Alain Rolling from OGBL stated that the trade union met with Guardian's management on Wednesday, but the latter was not willing to share many details about their plans:

"The intention of the two managements is to merge the plants. In our eyes, it’s a done deal and we’ll have to live with it"

Rolling stressed that the fact that the management refuses to communicate was really frustrating.

He went on to say that OGBL's fear was of course that the merger would lead to employees being laid off. The trade union met with the staff council on Thursday morning. A list of demands is now being drawn up which among other things will call for a job guarantee for everyone.

Guardian is one of the world's leading companies in glass production. It employs 700 people in Luxembourg with 200 of them working in Dudelange.

The idea of definitely shutting down production in Dudelange has been around for years. However, up until now it has always been avoided.

The LSAP MPs from Dudelange, Dan Biancalana and Mars die Bartolomeo, had submitted an urgent parliamentary question on the matter to Minister Fayot on Wednesday.