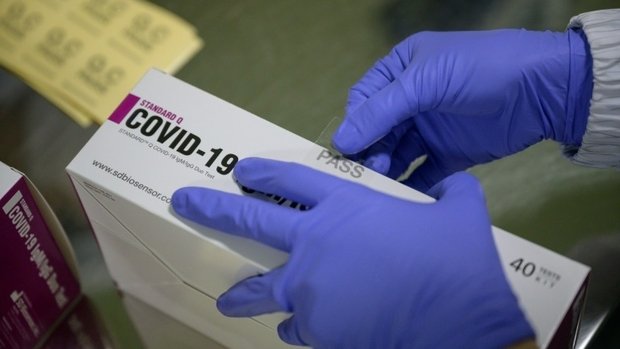 Just 12 of the more than 50,000 tests which have so far been carried out through the government's large-scale testing initiative in Luxembourg came out positive.

Potential participants are contacted by letter. The offered tests are voluntary; the goal is to identify infected people who do not show any symptoms early on and thus interrupt the chain of infection.

150,000 invitations are being sent out every week as of Tuesday. According to a statement by Dr Ulf Nehrbass from the Research Luxembourg task force on Thursday morning, interest is growing, and more and more people are participating in the tests. Currently, between 7,000 and 8,000 people are scheduling appointments every day.

The task force stated that if the population can be monitored in such a substantial way - with 1 out of 6 people from the private or work environment being tested every week - a second wave could be avoided. This is also why members of the same household often do not receive their invitations simultaneously.

Dr Nehrbass also admitted that it was a huge project which had to be set up in a very short period of time. He went on to say that the team had already learned a lot.

In order to be tested, an appointment has to be scheduled online. It is now also possible to schedule the appointment via telephone by calling the hotline indicated in the letter.

Currently, about 50% of people who receive an invitation are participating. This is about what was expected, however, the goal is to get more people involved.

The current large-scale testing efforts will go on until 27 July.