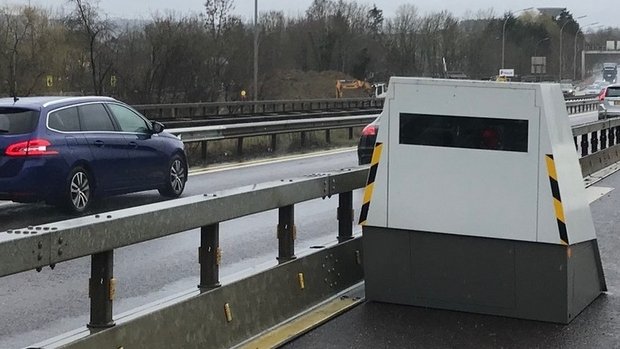 A woman was caught traveling 126km/h in a 70km/h zone on the A4 motorway and faced a judge this Wednesday morning. The attorney of the defendant demanded that the case be dismissed because the prosecution was allegedly based on an inexistent grand ducal decree.

The defendant, a 33-year-old woman, was charged with going 126km/h in a 70km/h zone on the A4 motorway in March last year. The driver told the court this Wednesday morning that it had "not been clever" to disregard the speed limit, especially because she had her young son in the car with her.

The attorney of the defendant nevertheless demanded that the case be dismissed. "The facts are clear, nobody is denying them - but there was nothing unlawful about the behaviour of my client," he argued. He explained that temporary or permanent speed limits need to be approved by a grand ducal regulation. At the time of the so-called infraction, he argued, this grand ducal regulation has still been pending.

When the defendant was caught speeding, there had only been a ministerial regulation that awaited confirmation via a grand ducal regulation, he explained. The attorney also argued that the minister had overstepped his authority when he issued the regulation for the speed limit.

The legal basis for the prosecution is lacking and his client, legally speaking, went 126kmh in a 130km/h zone, he argued. The 70km/h speed limit road sign and speed camera therefore "guide value" at best, he concluded. The attorney demanded that the case be dismissed.

The representative of the public prosecutor's office then asked the judge to adjourn the case because it was the first time that an attorney took this specific line of argument. The representative stressed that he would check the validity of the argument. He added that the defendant would not have to come in for another hearing if he were to reach the same conclusion than the attorney.

The case was adjourned until further notice.