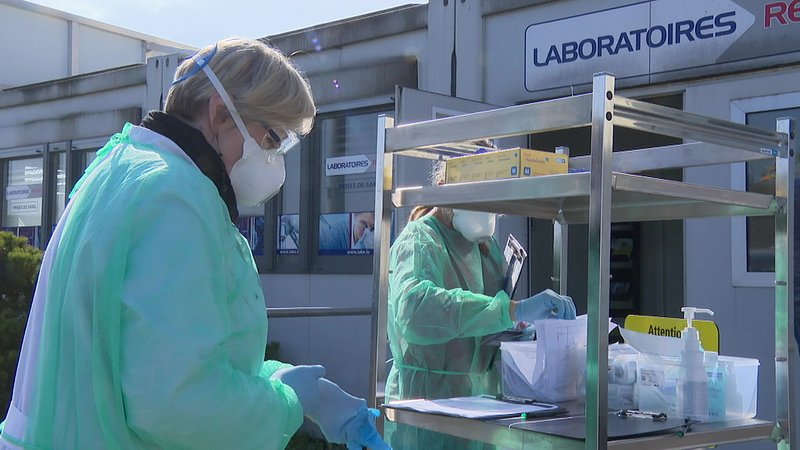 Around 1,500 tests are expected to be carried out on a daily basis as the large-scale testing project is rolled out, with testing capacity to increase over the coming weeks.

By next week, the number of tests is expected to climb to 65,000 tests per week, as more people receive the invitation to be tested. The full capacity of 20,000 tests per day is planned to be reached in June.
Ulf Nehrbass, CEO of the Luxembourg Institute of Health, said the next phase of the project was designed to test the logistics and the IT systems involved to ensure all would run smoothly. 1,500 tests per day would allow researchers to ascertain whether the IT system could cope.

The procedure for test results is also set to change, with laboratory capacities to be increased thanks to external services. Dr Nehrbass explained this could allow them to obtain results from 4 tests simultaneously through the "pooling" method. If a positive result comes back, the tests will be re-checked individually.

The 17 testing stations are due to be complete by next week. The four advanced care centres set up in March will remain in order to treat patients displaying symptoms, provided they have a GP prescription. Testing will continue to take place at these centres as well.

The large-scale testing project will seek to reduce the number of asymptomatic people who are not in isolation, to reduce the spread of the virus. Dr Nehrbass said they estimated around 1,500 people in the Grand Duchy are asymptomatic. They will also attempt to limit the spreading of the virus through contact tracing in positive cases.

The Luxembourg Institute of Health said this would be a necessary measure to guarantee better conditions in the de-confinement process.