Sylvie Mischel, president of the ADR Women, has generated quite a stir on Facebook with a post.

The post depicts an image of LSAP Foreign Minister Jean Asselborn with a group of people from Niger, who have recently received international protection status in Luxembourg.

Sylvie Mischel, one of the five Vice-Presidents of the ADR Party, edited the picture by adding the text: "The LSAP's first elections poster for 2023", further describing how frustrated she was that so many migrants were accepted to the Grand Duchy, and that the current government failed to look after Luxembourg nationals first.

In an RTL interview, ADR Party President Jean Schoos distanced himself from the post.

He declined to condemn the Facebook post, but said he would discuss the matter with Sylvie Mischel, Fernand Kartheiser and Gast Gibéryen next week. 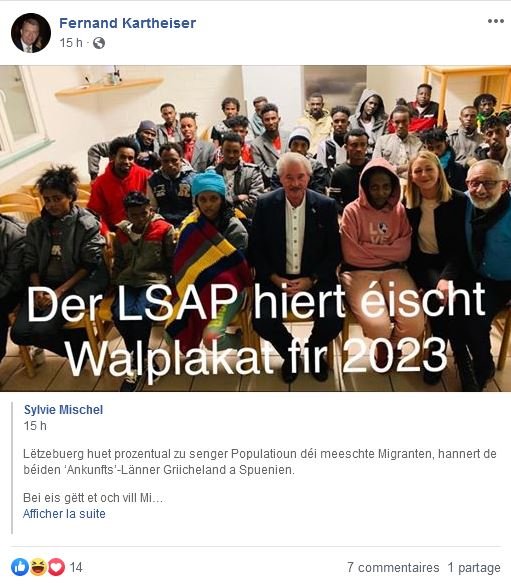 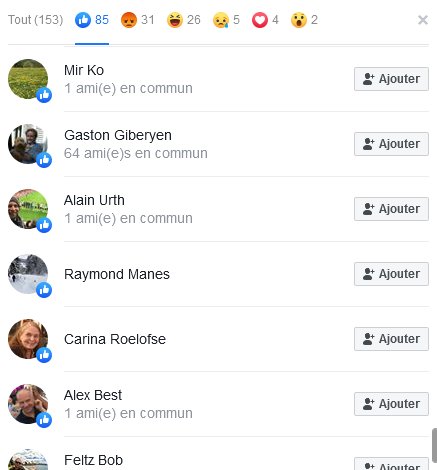 In a first reaction by the LSAP's President, Franz Fayot was not surprised by Sylvie Mischel's post. The ADR is becoming more and more of a Luxembourgish AfD, he said.

The original picture shows generosity, empathy and solidarity with those in need of help, says Fayot. The President is proud of the fact that his party pursues these political values, and that Foreign Minister Asselborn is prepared to uphold them.