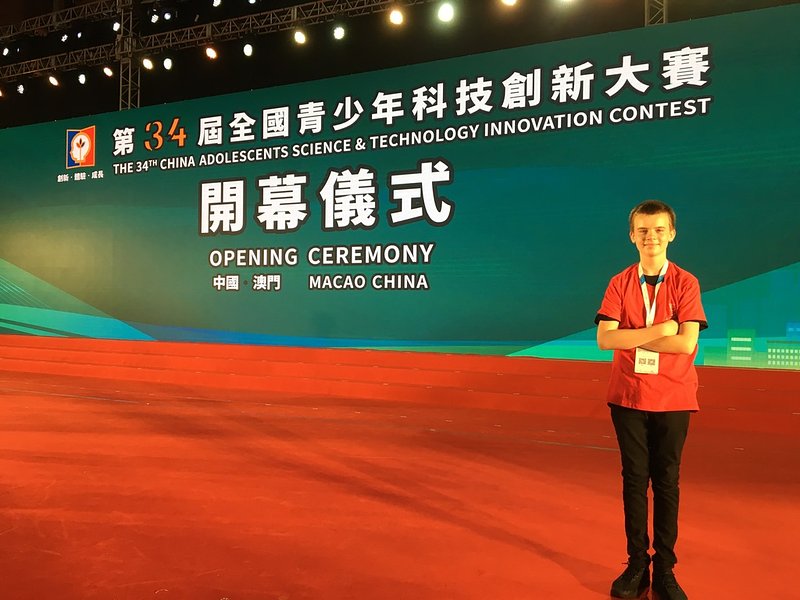 Since 2012 the Foundation Jeunes Scientifiques Luxembourg (FJSL), with the precious support of the Foundation Nicolas and Jean-Paul Lanners, has been sending a laureate of the national contest "Jonk Fuerscher" to CASTIC, Asia's largest scientific contest.

This year, Krzesimir Hyżyk (13), student of the European School of Luxembourg I , won this prestigious award and was the youngest contestant at the CASTIC (Macao) with this project combining computer science and mobility: "Safe Trip Home From School".

Based on traffic simulations conducted on his daily commute, Krzesimir was able to identify how the installation of additional traffic lights would improve the safety for pedestrians on two specific junctions.

His project - inspired by his every day life ' convinced the jury of CASTIC to honour Krzesimir with a well-earned bronze medal!

A long history of friendship between CAST and the FJSL:

Since the official accord of 2018, the Expo-Sciences Luxembourg has become an official award of the CASTIC. This year, it was awarded to a young Chinese scientist by the FJSL in China.