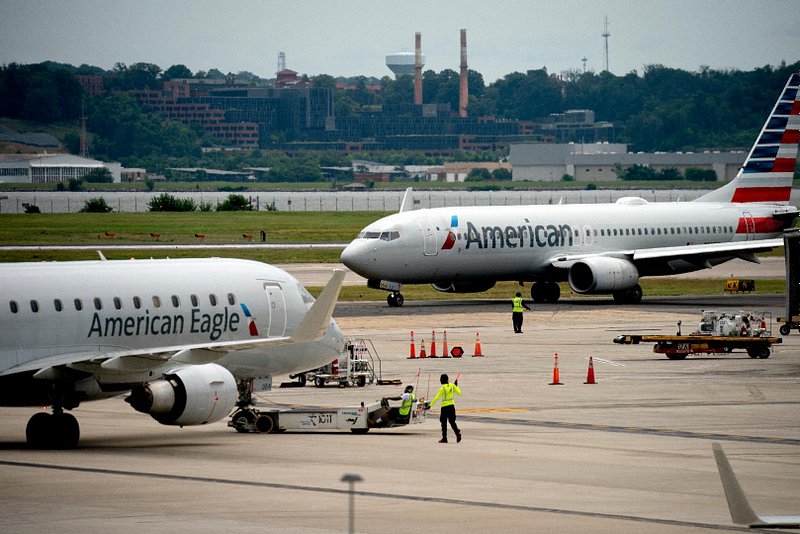 International and US aviation agencies say there is no data to suggest a surge in the number of pilots dying mid-flight following the rollout of Covid-19 vaccines, despite numerous posts claiming the opposite on social media. And in response to such allegations, American Airlines said an online article stating it had canceled routes due to the deaths of pilots is false, noting that staff training in how to handle a pilot's incapacitation -- also a subject of hyperbolic online claims -- has been mandated for decades.

"American Airlines Ceases Multiple Routes: 'Our Pilots Are Dropping Dead From COVID Jabs,'" is the headline of a January 9, 2023 article on NewsPunch, a website formerly known as YourNewsWire, that has published misinformation and conspiracy theories in the past.

"Pilots now training to jump in if the other pilot 'DIES SUDDENLY', cuz its been happening enuf times now. That's fricken scary to fly now!" claims a December 14, 2022 Facebook post. 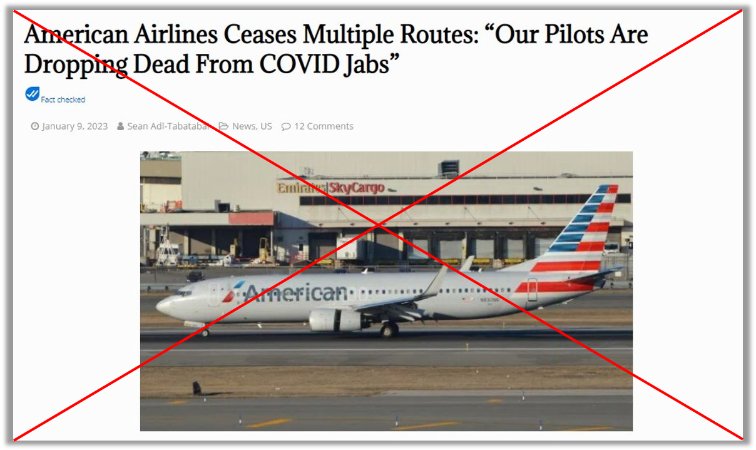 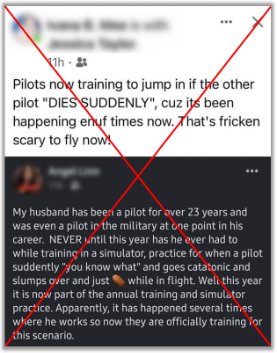 Many of the posts use the term "died suddenly," when referring to the purported incidents, a reference to a conspiracy theory that the shots are causing mass deaths worldwide, a false allegation made in a film containing many erroneous claims about vaccines.

In 2021, similar speculation about pilots spread after various US airlines mandated vaccination for their employees. The requirements sparked legal action, but also inaccurate allegations that opposition to the shots resulted in canceled flights and false reports claiming the vaccine put passengers at risk.

The latest claims regarding pilot deaths are also false.

The International Air Transport Association (IATA) also said there is no evidence to support the claim.

"According to IATA's Medical Advisor, Dr David Powell, no airline or other body has given IATA any data to suggest a change in the incidence of death of pilots in flight," Perry Flint, the IATA's head of corporate communications, said.

The NewsPunch article claimed: "American Airlines has announced the closure of multiple flight routes across America due to a massive shortage of pilots, many of whom have died since getting the Covid vaccine," pointing to a statement it gave to Fox Business on January 7, 2023.

A spokeswoman for American Airlines described the claim as "false" and the statement makes no mention of pilot deaths -- attributing the route closures in part to "soft demand."

The FAA and American Airlines said that training for in-flight incapacitation was standard prior to the pandemic.

"The FAA has long required flight crews to be trained on how to respond if a pilot becomes unable to perform his or her duties," its spokesperson said.

In 1993, an FAA Advisory Circular report said certification programs for flights that have two or more pilots should "include a demonstration of operations during the total incapacitation of a crewmember at any point in a given flight. It must be shown that the airplane can be operated safely and landed safely with the remaining crew at a planned or unplanned destination."

Additionally, an International Federation of Air Line Pilots' Associations document that dates back to 2013 outlines the training flight crews undertake to prepare for in-flight incapacitation.

The spokeswoman at American Airlines emphasized that training for the death of a pilot is not new.

"Pilots have long been trained on how to handle that scenario," she said.

More of AFP's reporting on vaccine misinformation is available here.