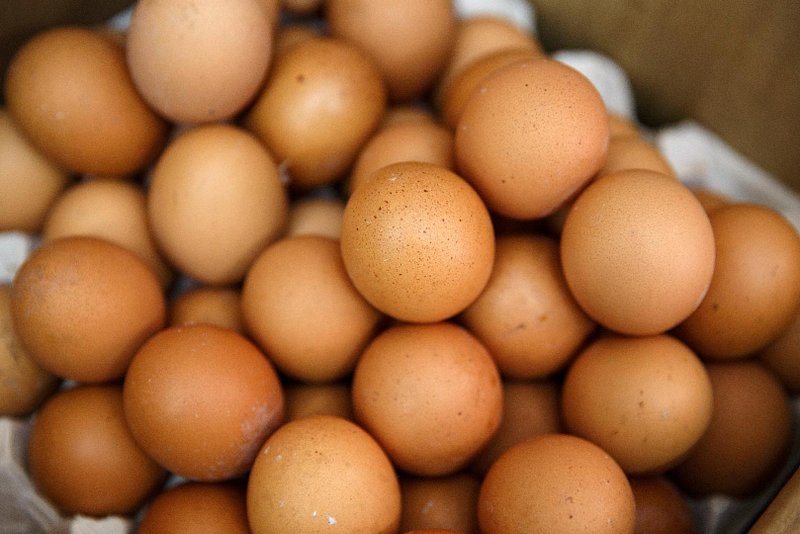 Online posts circulating globally have repeatedly claimed that consuming one egg every day is "as bad as smoking five cigarettes". Some of the posts cite a 2012 study to support the claim. Whilst the study found links between eggs and heart disease -- and compared this with smoking -- its lead author told AFP the paper did not equate eating one egg to smoking five cigarettes. Multiple health experts separately told AFP there was insufficient evidence to support the claim in the posts.

"Eating only 1 egg per day is just as bad as smoking 5 cigarettes per day for life expectancy," reads a Twitter post shared on August 18, 2022.

The claim was posted by The Vegan Daily, an account that regularly posts messages against animal cruelty. 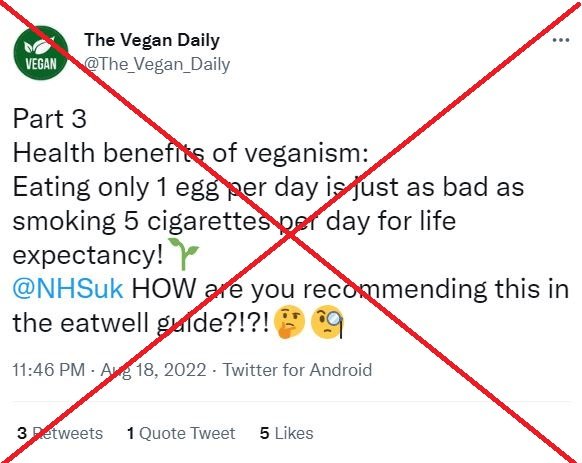 A screenshot of the misleading post, captured on October 12

A similar claim has also been shared by users in several countries on Instagram, Facebook andTwitter, including in the US and the UK.

Some posts have shared a report published by the US-based non-profit animal protection organisation Mercy for Animals.

The study said it found "a strong association" between egg consumption and risk of heart disease -- which "follows a similar pattern" to cigarette smoking.

However, David Spence, lead author of the study and professor emeritus at Canada Western University, told AFP on October 5: "I don't know where the 'one egg per day is equivalent to smoking five cigarettes' came from."

"The beta values in the linear regression indicate that (eating) eggs (is) about half as bad as smoking," he said.

Tom Sanders, an emeritus professor at King's College London's Department of Nutritional Sciences, told AFP the claim shared in the posts is "rubbish".

"The Japanese eat more eggs than any other country and have one of the highest rates of life expectancy," Sanders told AFP on October 4.

Malcolm Riley, a nutrition scientist at the Australian government's scientific research agency CSIRO, told AFP on October 7: "Eating eggs or egg yolks is not widely accepted to be bad for health or to reduce life expectancy, although some people consider that it does."

The debate over whether eggs are good or bad is age-old: while a good source of protein, they also contain potentially harmful cholesterol.

In 2019, researchers analysing 30,000 Americans from six separate studies found that eating eggs was associated with an increased risk of heart attack or stroke.

The study -- published by the Journal of the American Medical Association -- does not establish a causal link.

The findings contrast with a Chinese study published just a year prior.

Some experts, however, cautioned against reading too much into that study as well.

AFP's report about the study quotes cardiology expert Gavin Sandercock of the University of Essex saying: "To say that eating eggs is good (or bad) for you based on a study like this would be foolish as diet is much more complicated than picking on one foodstuff like eggs."