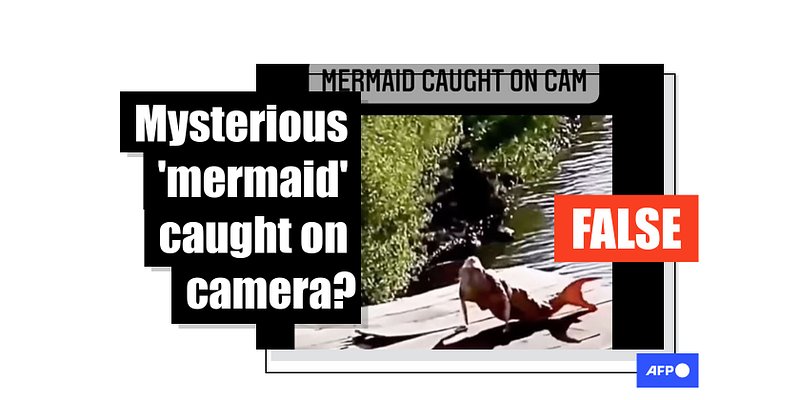 Videos of mysterious sea creatures with long tails are circulating in Facebook and TikTok posts that claim they show "real mermaids".

Some social media users appeared to believe the posts, viewed millions of times, genuinely showed mermaids. However, the clips are digital creations made by two Nicaraguan special effects artists, whose work has previously been misrepresented as real life.

The video, which has more than 2.5 million views, shows a fish-like creature flailing about on a wooden deck near a body of water.

The video racked up millions more views in similar Facebook posts and also circulated on TikTok. 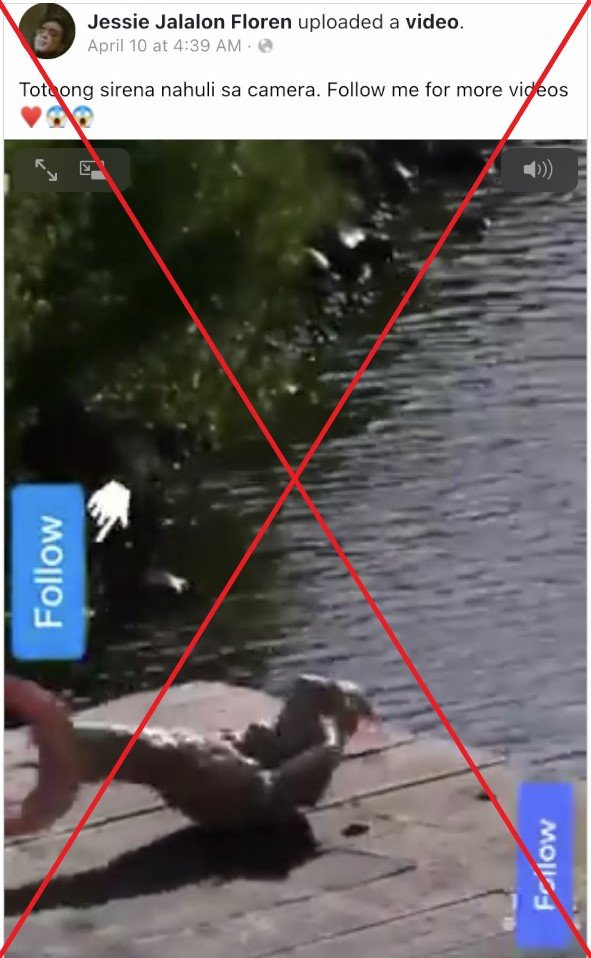 A similar video, which shows a creature with a tail and long hair perched on rocks, was shared on Facebook on July 27 with the text overlay "Real life mermaid".

The clip was viewed more than 13 million times on Facebook around the world, including in Ghana, Malaysia and the Philippines. It was also shared on TikTok here and here. 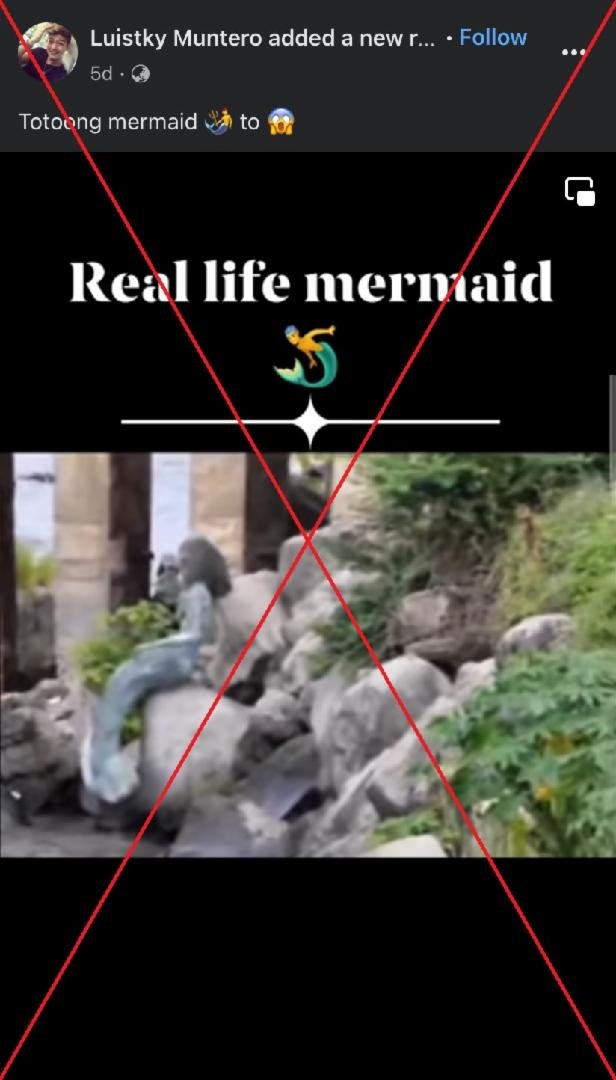 Screenshot of the second video taken on August 1, 2022

A third video showing a similar-looking creature lounging on a concrete structure in a lake was shared on Facebook on April 27.

"Mermaid caught on camera in West Virginia," reads text overlaid on the clip. 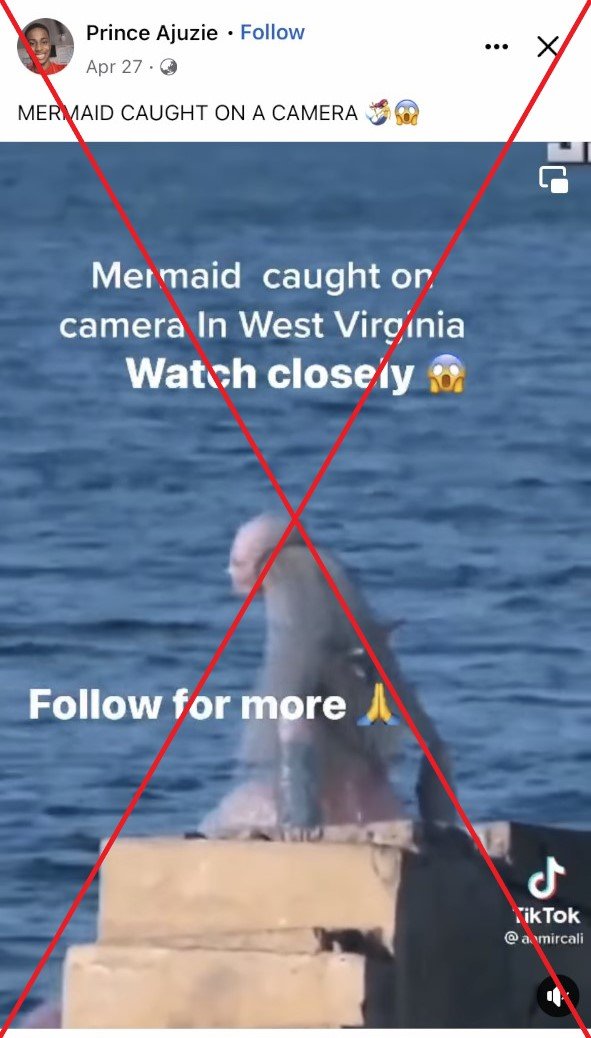 Screenshot of the third video taken on August 3, 2022

"I believe it's real. The mermaid casts a shadow," one user commented.

"Hope they let it be," another wrote. "If they can respect the snakes to be in the wild, then they should let these beings receive the same respect."

Contacted by AFP, Jose Joaquin Perez, one of the creators behind the channel, said he and his brother Jimmy Jose Perez made the three videos circulating on social media.

"All the videos and creatures are digitally recreated using specific CGI (computer-generated imagery) programs. The mermaids are not real, they are small paranormal shorts for entertainment," he said.

The first clip was taken from a longer video posted on the channel on September 2, 2019.

"These are paranormal videos created by us to entertain. All images shown are fictional. Video CGI (Computer Generated Image)," the Spanish-language caption reads in part.

The YouTube channel also published a separate video in 2020 that explained how the mermaid animation was created.

Below is a screenshot comparison of the first video (left) and a corresponding frame from the original video (right):

The second video was posted on the JJPD Productions YouTube channel on July 17, 2022.

The caption says the video was made using computer-generated imagery.

Below is a screenshot comparison of the second video (left) and a corresponding frame from the original video (right):

The third clip was taken from another JJPD Productions video uploaded on February 16, 2021, titled: "Shocking Mermaid Caught on Camera in the Xiloa Lagoon of Nicaragua - in the Real Life 2021."

The caption says that the computer-generated video was created by Jose Joaquin Perez and Jimmy Jose Perez.

Below is a screenshot comparison of the third video (left) and a corresponding frame from the original video (right):

AFP has previously debunked posts misrepresenting videos from the same YouTube channel, including here and here.