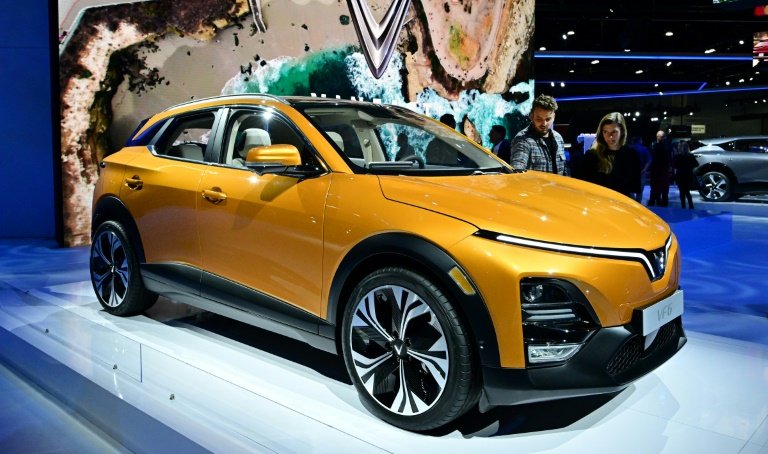 Vietnam's homegrown carmaker VinFast, which plans to sell the first ever Vietnamese car in the United States, said Wednesday it has filed for an initial public offering (IPO) in the country.

Vinfast, which is part of conglomerate Vingroup, owned by Vietnam's richest man Pham Nhat Vuong, will deliver its first electric SUVs to Americans later this month.

On Wednesday, the company said it "intends to list its ordinary shares on the Nasdaq Global Select Market under the symbol 'VFS'".

No decision has been made on the number of shares to be offered and the price range for the proposed offering, it added.

The pivot to the United States is a bold move by chairman Vuong, who started out selling dried noodles in the former Soviet Union before amassing his $5 billion fortune in a range of sectors including real estate, tourism and education.

VinFast already has electric vehicles (EVs) on the streets of Hanoi, but is using an unusual battery leasing model to hook customers in the crowded and difficult US market, which is dominated by Elon Musk's Tesla.

In July, VinFast opened six showrooms in California, including a flagship store at one of the trendiest malls in upmarket Santa Monica.

It said it planned for 30 in total by the end of the year, while it has also broken ground on a $2 billion electric vehicle and battery plant in North Carolina that it says will produce 150,000 cars a year when fully up and running.

Vinfast has also opened showrooms in Europe -- one in Cologne, Germany, and another in Paris -- and is targeting several other European cities.