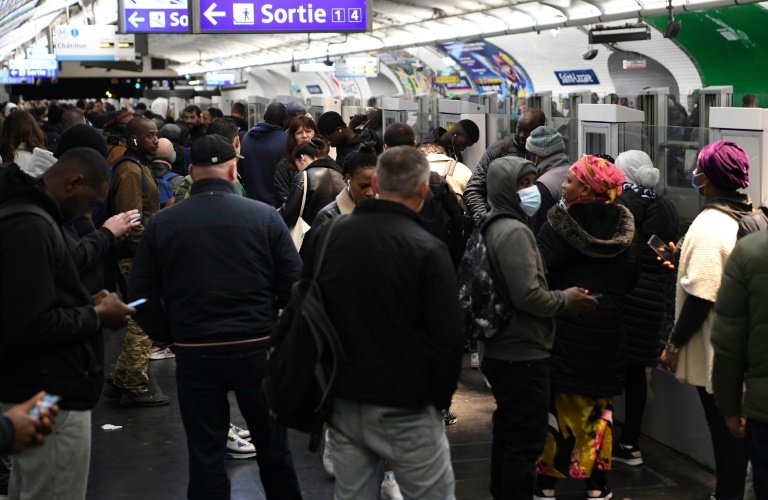 Crowds waiting for a metro at the Saint-Lazare station, a major Paris transport hub, on Thursday / © AFP

Spreading labour unrest is a growing problem for governments that are already spending billions trying to blunt the worst effects of rising prices, at least for the most vulnerable.

"I took my car, the train and now I have to cycle," said 36-year-old Nicco Hogg in London.

The action in Britain, by members of the Rail, Maritime and Transport (RMT) and Unite unions, followed several walkouts this year amid a long-running dispute over job cuts, pensions and working conditions.

Some commuters were sympathetic to their cause.

"They are defending their working conditions and their pay so it's fair enough," said 28-year-old Pema Monaghan, a writer also working in publishing. 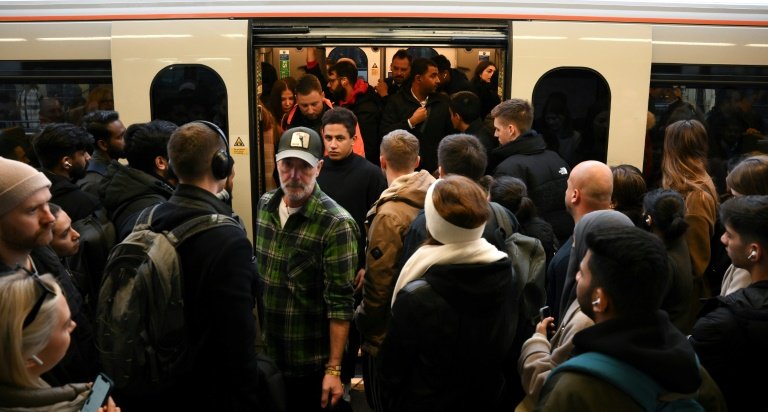 Others doubted that the action would have much impact on politicians.

"They have loads of strikes," said Daniel Osei, 26, who works in mental health for children in the London borough of Fulham.

"They're not really affecting the government as much as they are affecting us."

In France, the strike aims also to ratchet up pressure on President Emmanuel Macron before he brings a controversial pensions overhaul bill to parliament, which would require millions of people to work beyond the current retirement age of 62.

Five Paris Metro lines were completely shut down, with most others operating with only limited rush-hour service -- one two automated lines without drivers were running normally. 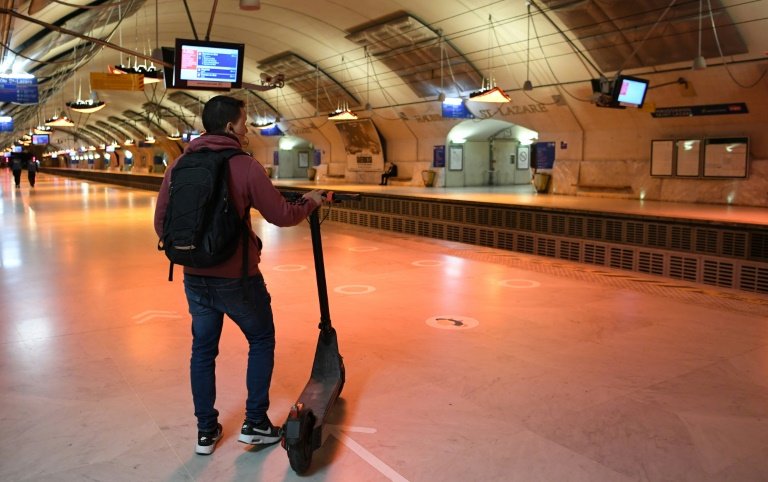 Many commuters appeared to heed the call by transit operator RATP to postpone trips or work from home, making transport less chaotic than many had feared, while the city's growing network of bike lanes saw a surge of cyclists.

Others decided to book a day off ahead of a long weekend thanks to Friday's French bank holiday.

As a result, "apart from a few angry commuters, everybody is being calm and patient", said Nolwenn, a 21-year-old transit agent deployed at Saint-Lazare station in Paris, one of Europe's busiest commuter hubs.

But the two main suburban rail lines called RER A and B, which connect central Paris with Disneyland Paris and the Charles de Gaulle and Orly airports, saw more severe disruptions.

Trains on the metro lines still open were packed, with some running only every 15-20 minutes instead of the usual three-minute rhythm.

"It's a mess," said Sylvie, 46, after failing to board a metro on the number seven line because of the crowds.

Authorities in London also said the Underground system was "severely disrupted", with limited or no services running, and advised people to avoid trying to use the network.

Reports said many buses were packed to capacity, while roads were more congested than usual.

- 'Return to the roundabouts' -

Thursday's strike included a protest march in the capital that shut down major traffic avenues. 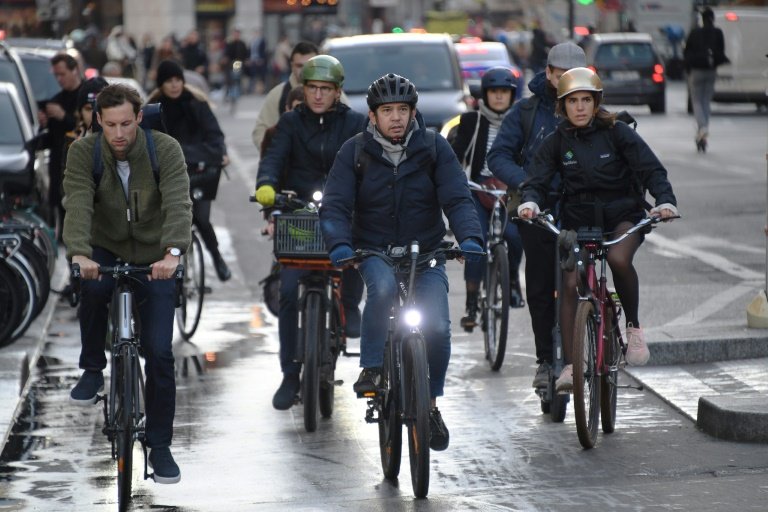 But the Paris transport strike did not spill over into other sectors, with only the hard-line CGT union calling for general work stoppages.

"Let's unite, let's be as many as possible, even if we have to return to the roundabouts," said Communist Party leader Fabien Roussel, a reference to the "Yellow Vests" movement starting in 2018 that had anti-government protesters gather at busy traffic circles.

Unions representing the RATP's nearly 70,000 employees say they are feeling the pinch of soaring prices, but are also overstretched because of insufficient hiring, resulting in increased sick leave.

That has led to more service delays or lower frequency on busy metro lines in recent months, causing headaches for the system's roughly 12 million daily users.

In neighbouring Spain, meanwhile, an association of independent truck drivers called for an unlimited strike starting Monday to protest against delays in the implementation of a charter protecting their incomes.

The call comes eight months after an earlier strike in the sector had a major impact on the Spanish economy.