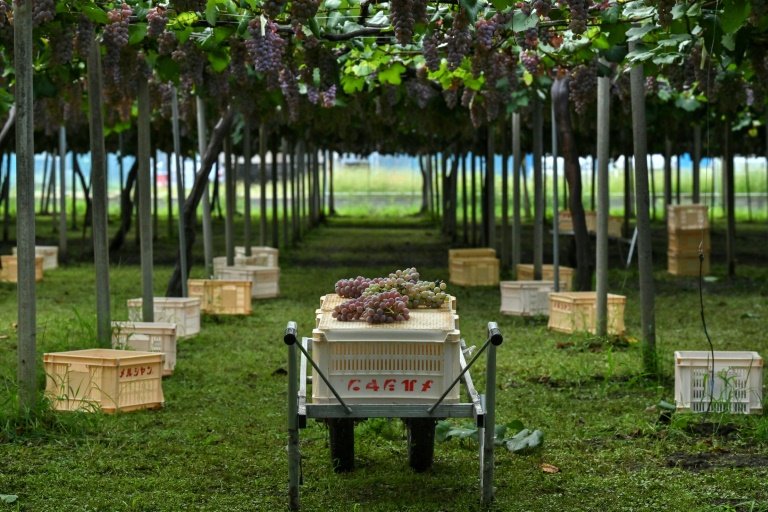 Japan is far from ideal wine terroir, so producers have fine-tuned their craft to adapt to the challenges of the climate / © AFP

Japanese food is famously paired with sake, but winemakers near Mount Fuji are on a mission to prove their bottles go just as well with crispy tempura and delicately sliced raw fish.

With its abundant rain and formidable summer humidity, Japan is far from ideal wine terroir, so producers have fine-tuned their craft to adapt to the challenges of the climate.

The result is an acclaimed wine called koshu: a light, dry white designed to complement the subtle flavours of Japanese cuisine that has scooped international awards.

Koshu has been produced in the mountainous region of Yamanashi since the first commercial vineyards were established there in the 1870s.

The thick-skinned grape variety grown for centuries in Yamanashi was seen as a hardy choice by early winemakers, who learned their techniques in France.

But the results were mediocre, even until two decades ago.

"We used to say koshu was not good for wine, or for eating -- that it had no taste, no flavour, no colour," Takayuki Tamura of Chateau Mercian, one of Yamanashi's largest wine producers, told AFP. 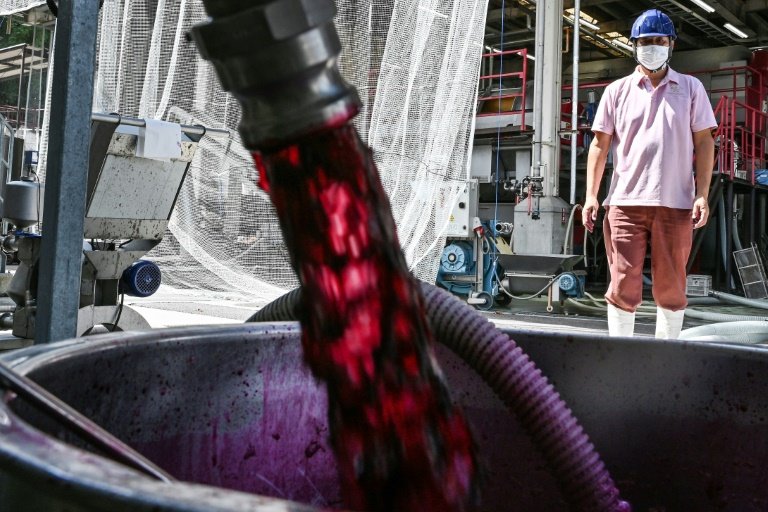 Tamura, Mercian's chief winemaker in the region, said the turning point for Koshu came in 2003, when a team of Japanese and French researchers from the University of Bordeaux discovered citrus notes in fermentation tests.

That "led to a re-think of agriculture methods and vinification techniques" to draw out these aromas, he explained.

Since then, winemakers in Yamanashi have invested heavily in koshu production, and it has paid off.

One of those award-winners was L'Orient Shirayuri Winery, a small family vineyard established in 1938, where workers inspect the dusky lilac grapes on their pergola under a low, stormy sky.

Growing on the structures "reduces the grapes' exposure to humidity, and helps them dry in the wind", said Keiya Uchida, general manager at Shirayuri. 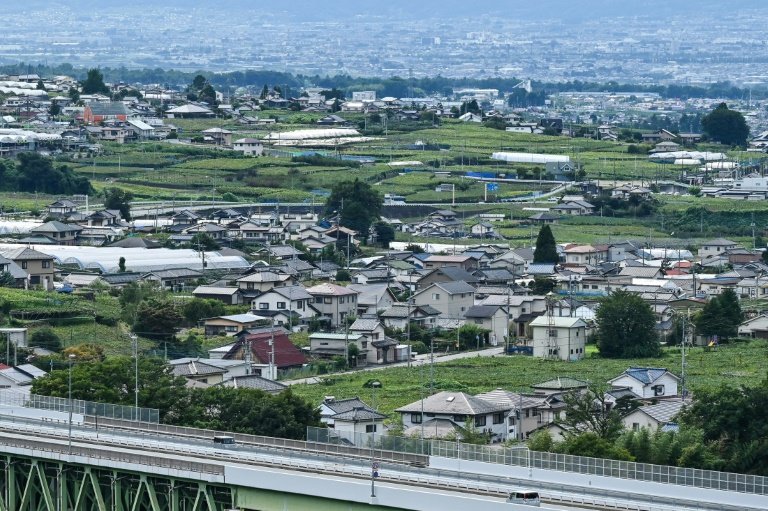 Around 90 producers compete to supply a burgeoning market for local wine, with many vineyards squeezed into rural corridors between built-up areas / © AFP

To protect the fruit from the rain, each bunch is given a small umbrella-like hat made from a white material with a waxy surface.

"Foreign visitors often find that a bit mad" because of the time spent to attach the umbrellas, said the 28-year-old, who studied viticulture in France's Burgundy.

But it's an "essential" measure, as frequent downpours and high humidity "makes grapes fragile and prone to disease".

Such efforts have transformed the fertile soils of Yamanashi, near Japan's most famous peak, into the country's premier wine region.

Around 90 producers compete to supply a burgeoning market for local wine, with many vineyards squeezed into rural corridors between built-up areas.

Imported wine, mainly from France, Chile and Italy, still makes up around two-thirds of the domestic market by volume, with prices ranging from cheap mass-produced plonk to eye-wateringly expensive vintages.

Most of the rest is produced in Japan, but using grapes from elsewhere.

Such 'made-in-Japan' wine accounts for around five percent of the market, a share that is slowly increasing. 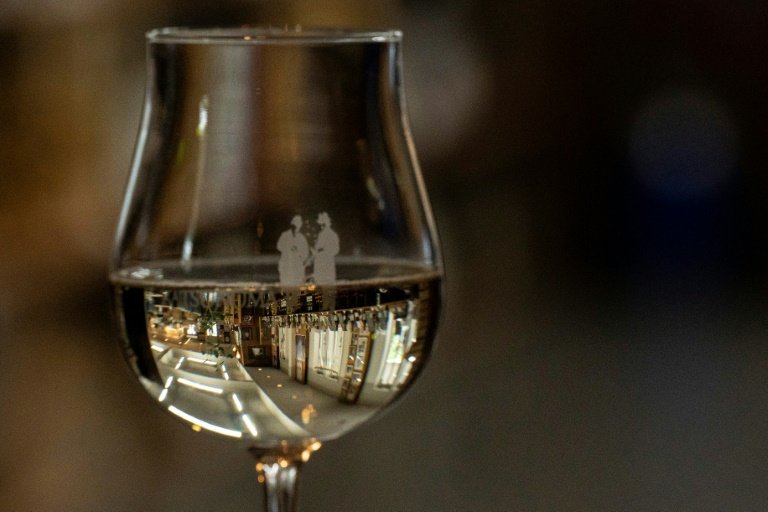 That could grow to 10 percent within five or six years thanks to the improving quality of koshu, said Mitsuhiro Anzo, director general at Chateau Mercian and president of the Yamanashi Prefecture Wine Manufacturers' Association.

"Although foreign products are very popular, there's a renewed interest for local, made-in-Japan products," including wine, she told AFP.

"So they have this really big focus on the quality rather than the quantity," he told AFP.

Japan's wine industry can grow a niche appeal by focusing on its unique tastes and how well the wine accompanies Japanese or fusion food, he said. 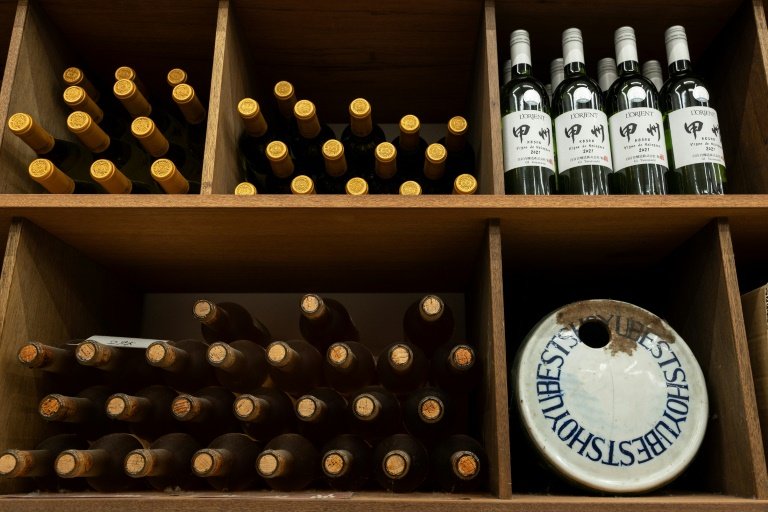 Anzo from Chateau Mercian, which is owned by drinks giant Kirin and picked up a gold medal for a koshu wine at the 2021 International Wine Challenge, is on the same wavelength.

"Twenty years ago, we were only trying to imitate foreign wine. But now, we have very specific varieties, like koshu," he said.

"Many overseas consumers are interested in Japanese culture and cuisine, which is a good thing for Japanese wine."