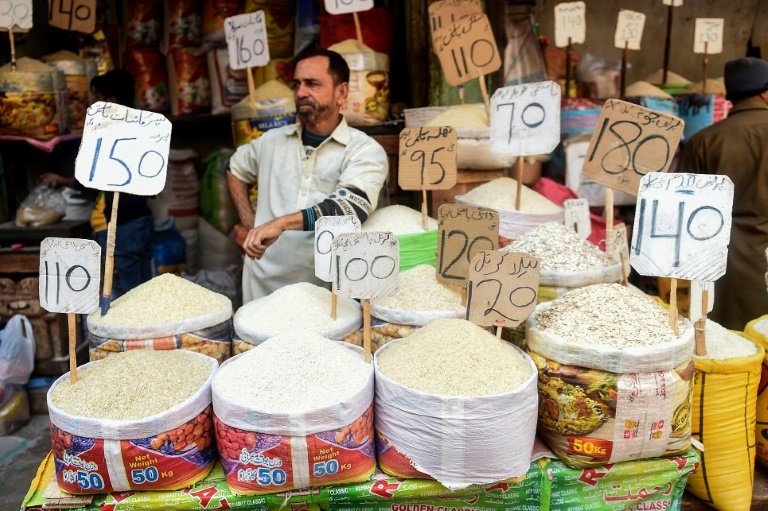 Although Pakistan's economy is forecast to grow four percent in 2022, for the past three years it has remained largely stagnant / © AFP

Housewife Maira Tayyab has considered begging for money to feed her family in inflation-hit Pakistan, while shop owner Mohammad Hanif finds his thoughts turning to crime.

They're too proud and honest to act on the impulse, but their woes are shared by millions of Pakistanis whose disgruntlement threatens Prime Minister Imran Khan's chances of re-election next year.

"We cannot beg as we are white-collar people," Tayyab, 40, told AFP in Karachi, a bustling port city that is Pakistan's financial capital.

Inflation hit about 10 percent last year, according to the World Bank. The cooking oil price is up 130 percent since Khan took power and the cost of fuel has risen 45 percent to 145 rupees ($0.82) a litre in a year.

Tayyab's sentiments are echoed by Kursheed Sharif, a 50-year-old mother of five, who unleashes a slew of curses as she describes her family's woes.

"Only death seems an alternative to survival under this government," she told AFP, close to tears, outside her unplastered rental shack.

Khan promised to sweep away decades of entrenched corruption and cronyism when his Pakistan Tehreek-e-Insaf (PTI) party swept to power in 2018.

But his failure to deliver is already being felt at the polls, and last month the PTI was soundly thrashed in provincial elections in its Khyber Pakhtunkhwa stronghold.

"The government boasts about its economic feats, but in reality it has lost its ground and credibility," said Tauseef Ahmed Khan, a rights activist and political commentator.

Khan had campaigned on a platform of creating an Islamic welfare state, with efficient taxation on businesses and individuals funding social projects to benefit the poor.

Analysts admit he inherited a mess -- and the Covid-19 pandemic has not helped -- but his policies have done little to change the state of affairs.

"Nothing is stable," said Rashid Alam, who works for an international bank in Karachi.

"Increased unemployment, increased inflation... this is the political and economic reality in Pakistan."

The numbers bear him out. 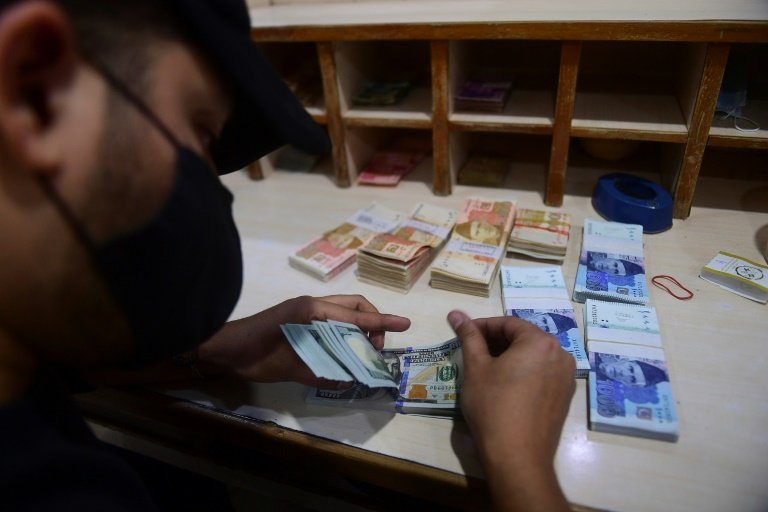 The rupee has taken a pounding, losing 12 percent to the dollar since July / © AFP

Although the economy is forecast to grow four percent in 2022, for the past three years it has remained largely stagnant.

The rupee has also taken a pounding, losing 12 percent to the dollar since July -- not helped by a $5 billion trade deficit, and despite forex remittances from a vast diaspora growing nearly 10 percent to $12.9 billion.

Khan argued this week that Pakistan's problems -- specifically inflation -- were not unique, saying it remains "one of the cheapest countries" in the world.

There are some pluses.

The manufacturing and service sectors are rebounding as lockdowns ease, the World Bank has said, and better rains this year will boost agriculture.

But the biggest problem facing the economy is servicing nearly $127 billion in debt.

Khan successfully negotiated a $6 billion International Monetary Fund (IMF) loan package in 2019, but only a third was paid before the tap turned off after the government failed to implement promised reforms -- including slashing subsidies on a range of essentials.

Pakistan has had to accept painful conditions, such as increasing petrol and electricity prices.

Ahead of an IMF meeting later this month to decide whether to release another tranche, the government has pushed through a mini-budget -- with new or increased taxes on a range of imports, exports and services -- that has drawn the ire of millions.

"Can you imagine oil and sugar prices reaching this level?" housewife Sharif lamented.

On the brink of defaulting, Islamabad has recently tapped $3 billion each from China and Saudi Arabia, and $2 billion from the United Arab Emirates.

"All the loans it has been taking now, from whatever sources, are to pay past loans," said Qaiser Bengali, an independent economist.

"Essentially the economy is bankrupt. Pakistan cannot pay its loans."

Still, nobody seems prepared to pay for services they want. 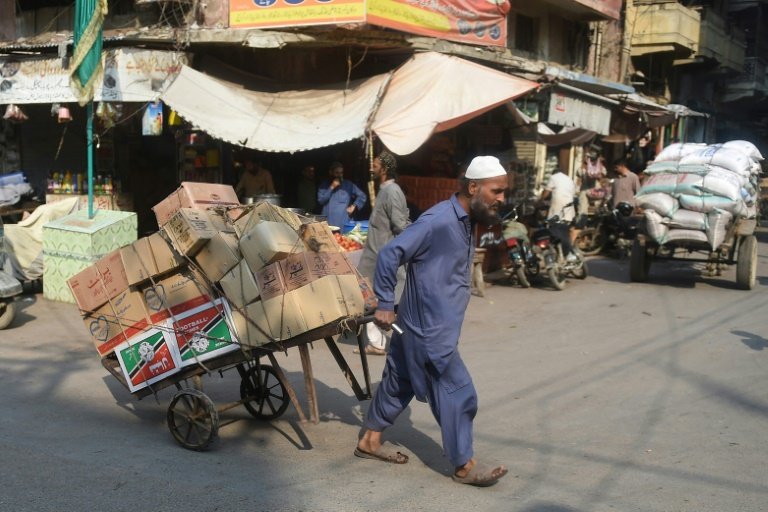 Tax evasion is almost a national sport -- fewer than two million people paid in 2020, from a working population 25 times that -- and receipts account for less than 10 percent of gross domestic product, the lowest in the region.

That sort of chicanery prompts Muhammad Hanif, who runs a small car-battery repair shop, to think of new ways to support his family.

"(Criminal) thoughts occupy me as to how I must meet ends," he said.

"But I fear Allah, so I shrug off those thoughts."