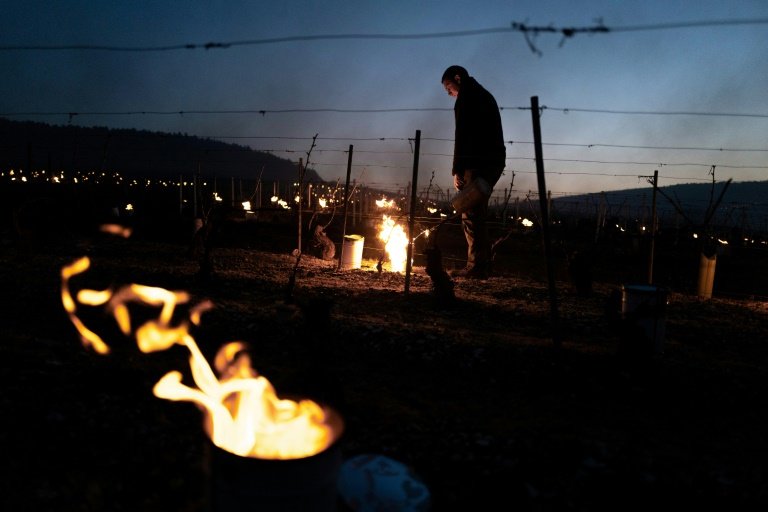 In the Chablis area of Burgundy, 80-90 percent of the vines have been damaged, says Frédéric Gueguen, a local federation official / © AFP/File

Desperate French farmers counted the cost Friday of several nights of frost this week which threaten to decimate grape harvests in some of the country's best-known and prestigious wine-producing regions.

The government is readying an emergency rescue package following rare freezing temperatures that could cause some of the most damage in decades to crops and vines across the country.

From Bordeaux to Burgundy and the Rhone valley to Champagne, winemakers were back out in their fields on Friday inspecting the destruction.

"It breaks like glass because there's no water inside," Dominique Guignard, a wine maker in the Graves area near Bordeaux, told AFP as he rubbed the first shoots on his vines.

"It's completely dried out, there's no life inside," said Guignard, who heads a group of producers in Graves, which is known for its robust red wine.

Many industry experts say the damage from temperatures of up to -6 Celsius might be the worst in decades partly because the frost followed unseasonably warm weather last week.

"It's a national phenomenon," said Jerome Despey, secretary general of the FNSEA farming union and a winemaker from the Herault region. "You can go back in history, there have been (freezing) episodes in 1991, 1997, 2003 but in my opinion it's beyond all of them."

In the Rhone Valley area, the head of the local wine producers' body, Philippe Pellaton said that it would be "the smallest harvest of the last 40 years" with losses of 80-90 percent compared with normal. 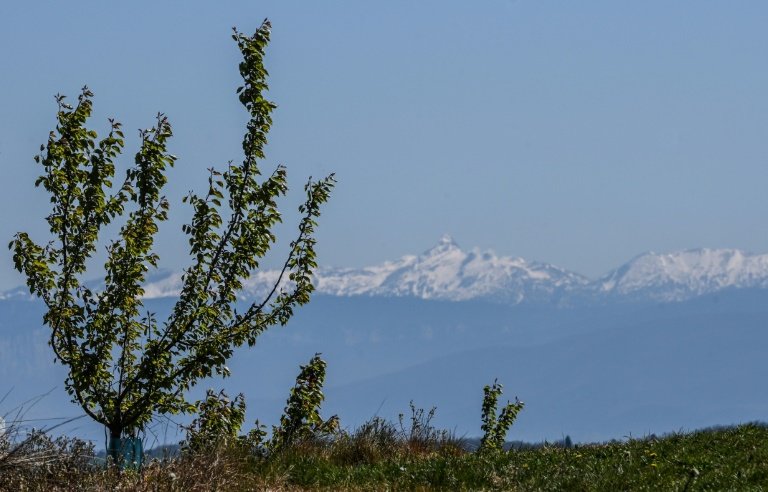 Apricot trees near Valence, southeastern France, have also been hurt by the frost / © AFP/File

In Burgundy, which produces some of the finest white wines in the world, the head of the local producers' association estimated that "at least 50 percent" of this year's harvest had been lost.

The Champagne region was not spared, with the head of the national winemakers' association CNIV, Jean-Marie Barillere, saying there was "a lot of damage."

To ward off frost overnight on Tuesday and Wednesday, farmers across the country lit thousands of small fires and candles near their vines or fruit trees.

Some well-heeled vineyards hired helicopters to try and keep the heat close to the ground.

The burning was so intense in the southeast that it led to a layer of smog over the region, including over the city of Lyon.

As well as vines, growers of kiwis, apricots, apples and other fruit have been badly hit along with farmers of other crops such as beet and rapeseed.

During a visit to the Loire wine-making area, French Agriculture Minister Julien Denormandie said it was "an episode of extreme violence which has caused extremely significant damage".

The government has declared an "agricultural disaster", meaning it will begin offering financial support to farmers, and Denormandie called on banks and insurance companies to join in the efforts.

He said "several hundred thousands hectares" of farming land had been hit. 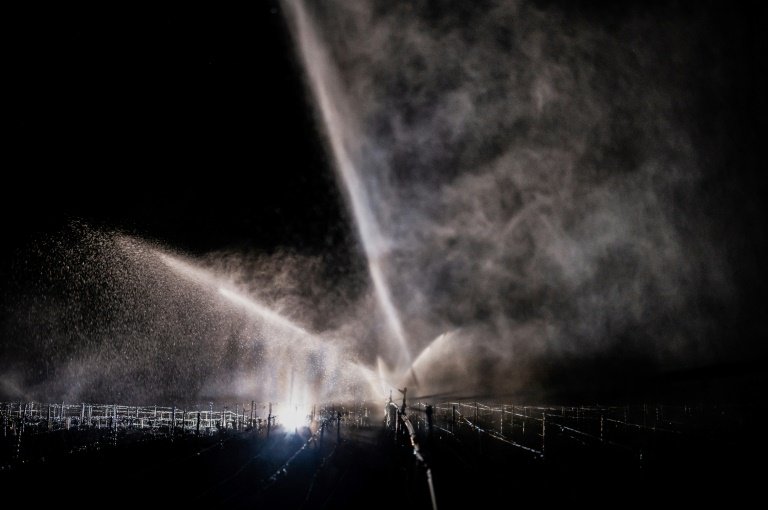 Many wine makers are not insured against the effects of frost because of the cost of the coverage and many producers were already struggling financially.

The Covid-19 pandemic has depressed demand for wine globally because of the closure of restaurants and bars.

Exports to the United States have also been hit by tariffs on French wine imposed by former US president Donald Trump, while the vital British market has also suffered because of Brexit.

A group of 60 French MPs from wine-making areas published on open letter Friday urging the government to come to the rescue of producers, saying they "really feared the worst."

The practice of lighting fires or candles near vines or fruit trees to prevent frost forming is a long-standing technique used in early spring when the first green shoots and flowers are vulnerable to the cold.

Some winegrowers also use wind machines to keep frost from setting in.

Others use water sprinklers to deliberately create ice which acts like a mini-igloo around branches, preventing the frost from drying out the leaves.

"On every sample that I've checked, it's dead. I've lost the whole harvest."