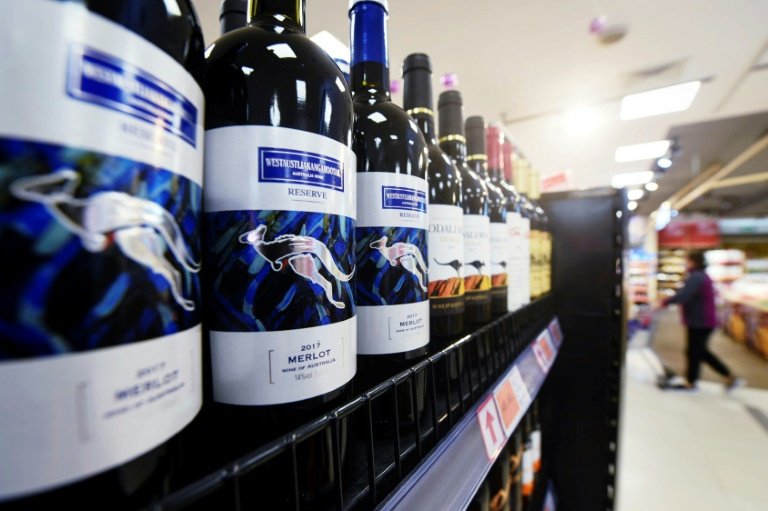 China on Thursday said it had imposed fresh import duties on Australian wine as it accused Canberra of giving firms subsidies, in the latest salvo in a bitter stand-off following last month's swingeing anti-dumping tariffs.

The move comes as relations between both countries continue to sour after Australia called earlier this year for an inquiry into the origins of the Covid-19 outbreak, which emerged in China.

The anti-subsidy tariffs of 6.3-6.4 percent will kick in on Friday and come on top of November's anti-dumping levies of 107-212 percent.

"The investigation authority has preliminarily determined that there are subsidies for imported wines originating in Australia, and (China's) domestic wine industry has suffered substantive damage," said the ministry.

The ministry has complained that Australian winemakers benefit from government subsidies that give them an advantage over Chinese firms.

Australian winemakers have warned that last month's tariffs would likely mean the lucrative Chinese market would dry up.

Treasury Wine Estates -- which produces the popular high-end Penfolds brand -- said it would look to other "key luxury growth markets" and cut costs as sales accounting for 30 percent of earnings fall away.

Australia-China relations have spiralled this year, with Beijing producing a laundry list of complaints about Australian policies, including its ban on Huawei's participation in 5G in the country.

Beijing also suspended beef imports from four Australian slaughterhouses in May and hit barley shipments from the country with tariffs.

China frequently flexes its economic muscle in diplomatic disputes, with Australia being one of several countries recently to face its wrath in the form of trade restrictions.