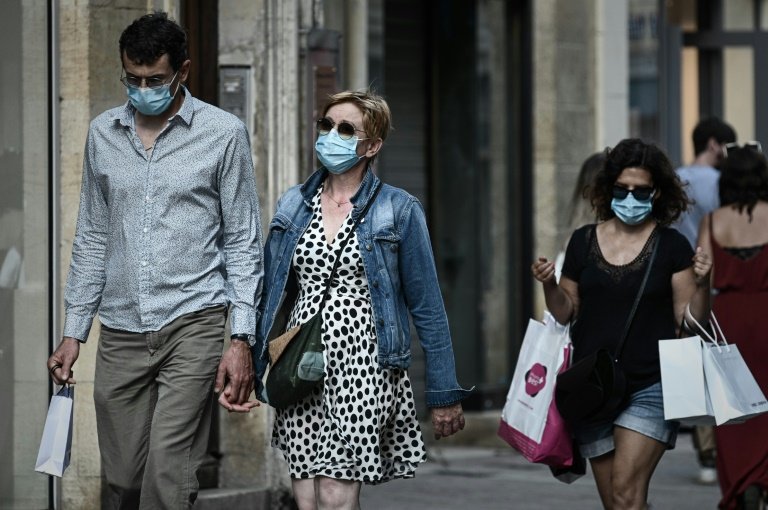 What if consumer spending fails to recover? / © AFP

France's economy, pushed into a bruising recession by the coronavirus crisis, is poised to bounce back now that lockdown measures are lifted but will still contract over the year as a whole, official data showed Tuesday.

France's gross domestic product, which shrunk by a record 13.8 percent in the second quarter, is forecast to grow 17 percent in the subsequent three months, the national statistics office Insee calculated.

But the projected rebound is not quite as strong as expected, and Insee said it was sticking to its forecast for an overall economic contraction of 9.0 percent for the year as a whole, while unemployment is projected to rise.

Although the easing of lockdown measures "has enabled a relatively rapid rebound in parts of economic activity," the economy is returning after the summer break "rather like an engine that is being cranked up and choked off at the same time," Insee said.

"The choking off is being done by the health situation and the virus that is still actively circulating," Julien Pouget, head of Insee's macro-economic division, told AFP.

"But it's being cranked up by economic policies put into place with massive emergency aid and the recovery plan."

Insee pointed to the risk of a "significant shock to demand," with consumer spending and household confidence expected to remain below pre-crisis levels.

As a result, the economic rebound will be "less rapid" between now and the end of the year, the agency predicted.

Pouget said that many companies had now returned to their usual level of business.

"But the toughest challenges remain for the badly affected sectors because they are suffering from the health crisis," he said.

The transport, hospitality and events sectors continued to struggle, he added.

The French government is officially still pencilling in a contraction of 11 percent in 2020, but Finance Minister Bruno Le Maire has hinted that officials were preparing to release a less pessimistic number this month.

Unemployment is likely to rise to 9.5 percent by the end of the year, Insee said, 1.4 percentage points more than at the end of 2019.

Some 715,000 French jobs were destroyed in the first half of the year alone, it said.