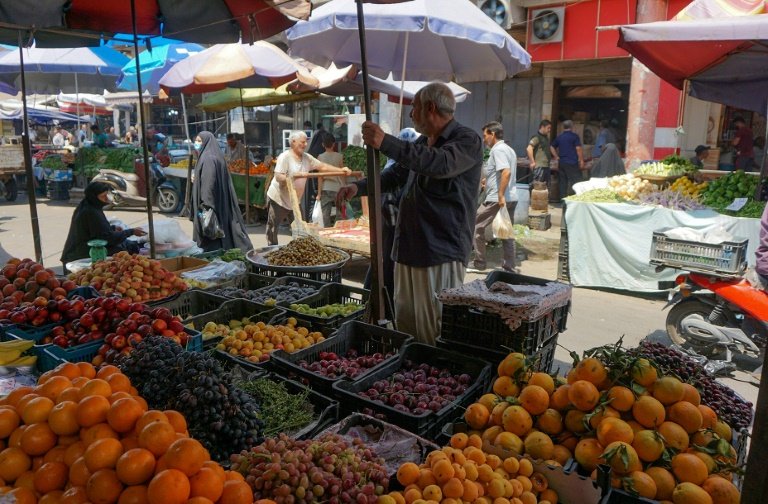 Unlike in years past, Iraqi farmer Ahmed Mohsen now walks past his local market with a smile on his face. The pale green melons he harvested are selling fast, thanks to the coronavirus pandemic.

Iraq, in a bid to prevent the spread of the deadly COVID-19 pandemic, shut its 32 border crossings to goods and people coming from Iran, Turkey, Syria, Jordan and Saudi Arabia in mid-March.

That helped Iraq's agriculture ministry accelerate a campaign to make Iraqi food markets self-sustainable, after they had spent years relying on foreign imports for half of their supply.

"For years, farmers have been working at a loss with little support from the state," said Mohsen, who lives in Iraq's agricultural heartland, the southern province of Diwaniyah.

"But with the new coronavirus, the authorities have begrudgingly been forced to close the border."

Every year, Iraq would buy $2.8 billion in goods from regional trade giant Turkey, with Iranian imports coming in second with $2.2 billion in products sold to Baghdad.

It was a grim reality for a country whose ancestral civilisation, Mesopotamia, has been hailed for its pioneering agricultural and irrigation technologies for thousands of years.

The land of two rivers is now making a small comeback. Every day, Mohsen's melons make their way from his home village of Afak to be sold en masse to the rest of the country.

"The authorities didn't want to help farmers, but in the end they allowed us to prove that we can provide for the nutrition needs of Iraqis," said Mohsen, a 32-year-old farming engineer. 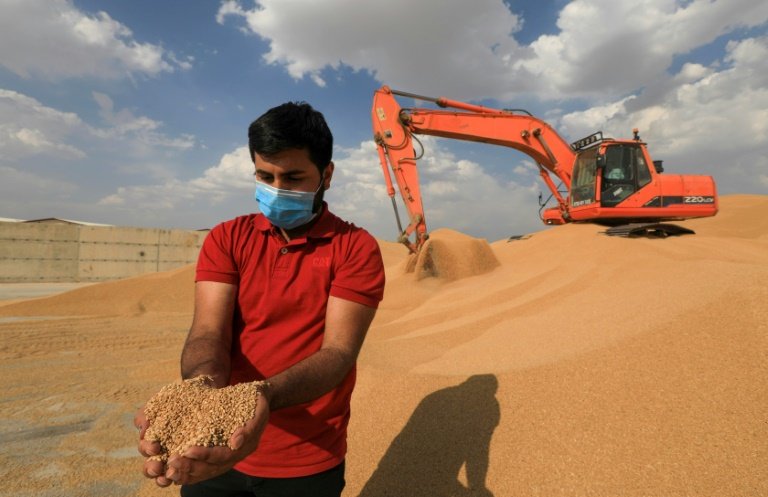 A third of Iraq's 40 million people still rely on farming to live, but the industry is riddled with inefficiencies.

As a holdover from the socialist era of ex-dictator Saddam Hussein, the government provides subsidies in water, fertiliser and equipment and purchases certain products -- particularly wheat, barley and lentils -- from Iraqi farmers at a price above the market rate.

But the state usually also imports cheap foodstuffs from Iran and Turkey at huge volume, causing an imbalance in the market, experts wrote in the "Sustainability" environmental magazine last year.

Their research found that Iraqi farmers often opted not to work their land because they did not expect to sell the harvest, given the oversupply from neighbouring countries.

Those who did sell their harvest to the government reported months-long delays in getting paid, which are still ongoing today.

That's why the coronavirus, despite bringing death and suffering to many, was also a blessing in disguise for their sector, farmers told AFP.

"Each year, the state is late in paying farmers and this slaps us with losses," said Khashan Karayiz, 70.

He comes from a long line of wheat farmers and this year, for the first time he can remember, he has already sold all of his harvest by July.

With little competition from Turkish or Iranian rivals, he was able to sell directly to the private sector, earning more money more quickly.

A little further on at the market, Hani Shayyer offers melons, aubergines, cucumbers and tomatoes.

It is the first time, he told AFP proudly, that his produce has been able to reign supreme in local markets.

With no competition, his wares -- which he insists "are much better quality than imports" -- can be sold at lower prices.

- Reaping what you sow -

Across the border, Syria and Turkey have also stopped selling their agricultural goods abroad due to COVID-19.

That has helped Iraq become self-sufficient in 28 food products for the first time in years, said Mohammed Kachach, who heads Diwaniyah's Farming Confederation.

Egg production, for example, steadily grew from 11 million eggs a month in January to 17 million in April, May and June, according to Iraq's agriculture ministry.

According to a government source, wheat and barley is still being smuggled in from Syria, Iran and Turkey and then being mixed into Iraqi farmers' harvests to pass them off as local and therefore win government subsidies.

And according to a recent report by the United Nations' World Food Programme and the Farming and Agricultural Organization, the lower prices in the market do benefit consumers, but still hurt local producers.

Its two mighty rivers, the Tigris and Euphrates, risk are being slowly choked off by dams and overuse upstream by the very trade partners that have long brought the most agricultural goods, Turkey and Iran.