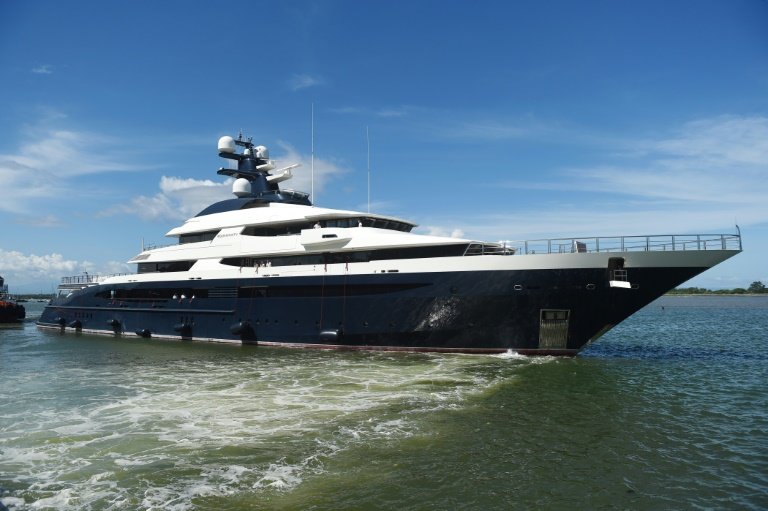 The controversy has had a huge impact in Malaysia, contributing to the downfall of a coalition that had ruled the country since its independence from Britain in 1957.

Malaysia's disgraced former leader Najib Razak has been hit with dozens of charges related to the fraud since losing power last year, and two of several trials he is expected to face have already started. He denies any wrongdoing.

Here is a look back at the saga:

Its portfolio has included power plants and other energy assets in Malaysia and the Middle East, and real estate in Kuala Lumpur.

The fund was closely overseen by Najib.

Concerns escalated in 2014 as 1MDB slid into an $11-billion debt hole, and intensifying public scrutiny led to a string of revelations concerning missing funds.

The issue exploded in July 2015 when The Wall Street Journal published documents showing Najib received at least $681 million in payments to his personal bank accounts.

The US Department of Justice launched a probe due to claims that stolen Malaysian public money was laundered through the US financial system, and filed lawsuits seeking some $1.7 billion in assets allegedly purchased with the cash.

In its civil suits, the department said more than $4.5 billion was stolen from 1MDB by high-level officials at the fund and their associates between 2009 and 2015.

Tens of millions of dollars in stolen money was used in 2012 by Najib's stepson Riza Aziz, an aspiring film producer, to fund the Hollywood film "The Wolf of Wall Street", starring Leonardo DiCaprio.

Hundreds of millions were used, mainly by Riza and Low, to purchase high-end real estate in Beverly Hills, New York and London, a Monet painting for $35 million, a Van Gogh for $5.5 million, a $35-million Bombardier jet, a $100-million stake in EMI Music Publishing, and a $250 million yacht.

The US Department of Justice believes $4.5 billion in total was looted from 1MDB.

Najib desperately sought to contain the scandal, targeting critics and introducing repressive laws, but the allegations hit the popularity of his long-ruling coalition and contributed to its shock election loss last year.

A new government headed by veteran politician Mahathir Mohamad, who is 94 and in his second stint as premier, came to office on a wave of public anger, and has reopened investigations.

Najib has since been hit with dozens of charges. He denies any wrongdoing.

During trial proceedings in December, Najib's lawyer described the former leader as a victim, and accused the fugitive financier Low of being the mastermind.

Malaysia has also charged Wall Street titan Goldman Sachs and some of its current and former employees over the scandal in relation to the bank's role in arranging bond issues for 1MDB.

Two ex-bankers were accused -- along with Low and a former 1MDB employee -- of being involved in misappropriating large sums during the fund-raising, bribing officials to ensure they were selected to carry out work and giving false statements to investors.

They were also charged in the US and one of them, Tim Leissner, has pleaded guilty to bribery and money laundering conspiracy charges there, and agreed to a lifetime ban from the securities industry.

The second, Ng Chong Hwa, has been extradited to the US and has pleaded not guilty to bribery and other charges.

Goldman has vowed to fight the charges against it.

The Wall Street Journal has reported that Goldman Sachs is in talks with American authorities to admit guilt and pay a massive fine to end a US criminal probe into the scandal.

A spokeswoman for the bank declined to provide details on the possible settlement.